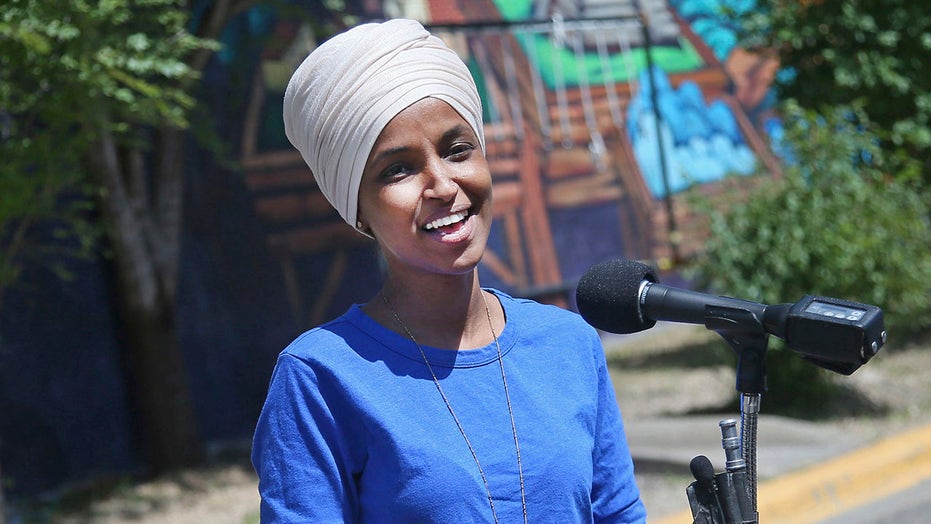 One of Rep. Ilhan Omar's Democratic colleagues is claiming she doesn't belong in the party, further raising questions about the divide between moderates and the party's more progressive wing.

In a video obtained by the New York Post, a National Republican Congressional Committee employee purportedly asks fellow Rep. Collin Peterson, D-Minn., why he defended her controversial statement about "some people" doing "something" on September 11, 2001.

The video from Thursday shows Peterson denying that he defended those comments and twice claimed Omar, D-Minn., didn't belong in the Democratic Party.

Omar's office did not immediately respond to Fox News' request for comment.

Earlier this year, Peterson seemed to apologize for Omar's comments about the 9/11 terror attack.

“I think she was trying to say that some people in her community feel like they’re being targeted," he said during an interview in April.

The video of Peterson, which came out nearly a week after the attacks' 19th anniversary, prompted renewed attention to Omar's comments.

Republicans have long held up her, along with Rep. Alexandria Ocasio-Cortez, D-N.Y., and their fellow "squad" members, as evidence that the Democratic Party is becoming more radical.

While House Speaker Nancy Pelosi, D-Calif., has praised Ocasio-Cortez, she's also indicated that the "squad" of progressive freshman lawmakers wasn't representative of the party as a whole.

Speaking with The New York Times, Pelosi criticized their power in attempting to reject a bipartisan package for border security.

"All these people have their public whatever and their Twitter world, but they didn’t have any following," Pelosi said last year. "They’re four people, and that’s how many votes they got."