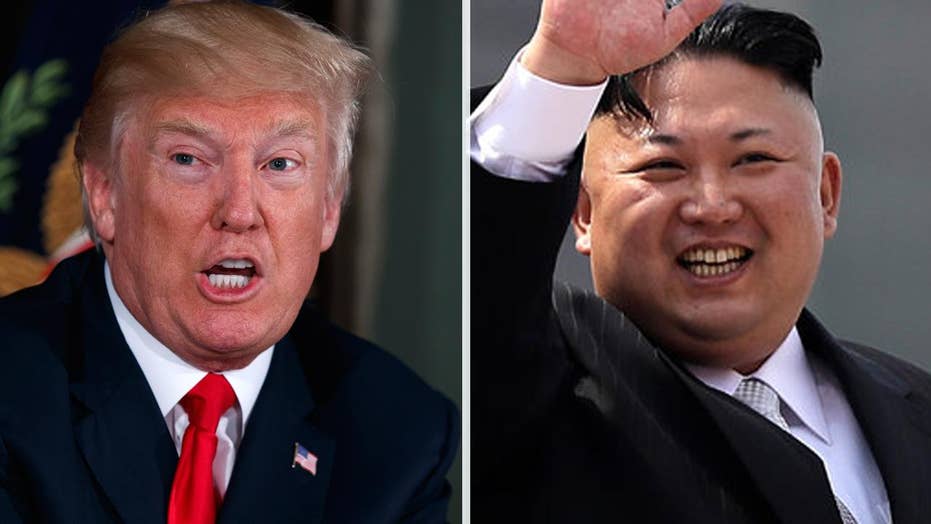 It would be one thing for President Trump to threaten “fire and fury” if Congress were in session right now.

Congress is on the traditional August recess, however, as Trump bolsters his language against North Korea, warning not only of “fire and fury” but of an unprecedented response if Pyongyang follows through on any threat to hit Guam, a U.S. territory.

But imagine if Congress were huddling in Washington at this time instead of lawmakers spread to the four winds for the August recess.

Pandemonium would engulf Capitol Hill. There would be fiery speeches on the House and Senate floors. News conferences. Lawmakers would demand emergency, classified briefings from senior officials.

Are we going to war? What if someone makes a miscalculation? What if everyone overplays their hands?

Reporters would stake out lawmakers at every Capitol Hill outpost. The basement of the Russell Senate Office Building. The Senate subway tunnel leading to the Capitol. The corridor between Statuary Hall and the House chamber. The elevator hallways near the House and Senate floors. The Speaker’s Lobby.

The gravity would multiply. Members of Congress would weigh in – or be forced to weigh in – and take positions about North Korea, the administration’s stance, the president’s approach and – shock, what lawmakers should do about all of this.

Defense Secretary James Mattis and Secretary of State Rex Tillerson spoke to senators just last week about the possibility of a revamped, congressional authorization to combat ISIS -- the authorizations the Bush, Obama and Trump administrations use to justify fighting in Iraq, Afghanistan, Syria and even the Philippines date back to 2001 and 2002. The Constitution grants Congress the right to declare war, not the president. Considering the global consequences, one might think Congress ought to bless any operation involving North Korea.

Alas, Trump’s fulmination about North Korea came with barely a lawmaker in Washington due to the congressional break. Sure, some lawmakers showed up on TV to comment on Trump ratcheting up tensions with Pyongyang. And telephones still work for interviews.

Some members of Congress dismissed Trump’s invective as a sure way to supercharge the conflict rather than calm things down.

However, this all went down with Congress out of session. That altered the dynamic dramatically.

Many Republicans, exhausted from trying to clarify, defend and interpret the president’s off-hand remarks and pre-dawn tweets, were more than happy to be away from the Capitol and not comment. Meantime, Democrats saw this as President Trump again simply being President Trump: spitting sulfuric language much the way he’s been known to vent about TV hosts.

And then in the middle of it all, Trump announced on Twitter he was formally endorsing Sen. Luther Strange, R-Ala., in the Alabama primary next week over Rep. Mo Brooks, R-Ala., and former state Supreme Court Justice Roy Moore. It seemed odd for the president to momentarily drop North Korea and descend into electoral politics to publicly endorse Strange. The endorsement of Strange came at the same time many wondered if they were about to witness a real-time screening of “Dr. Strangelove.”

“It is time for Congress to stand up with them and provide the equipment, training and resources they need and deserve,” said Thornberry. “The House has already acted to increase funding for our troops, including more funds for missile defense systems that could play an important role on the Korean Peninsula.”

“We need to be firm and deliberate with North Korea, but reckless rhetoric is not a strategy to keep America safe,” said Schumer.

“The President's most recent comments are recklessly belligerent and demonstrate a grave lack of appreciation for the severity of the North Korean nuclear situation,” said Pelosi. “His saber-rattling and provocative, impulsive rhetoric erode our credibility and weaken our ability to reach a peaceful resolution to this crisis, and must immediately end.”

Of course, now there’s word that North Korea may attempt to move against the U.S. territory of Guam located 2,100 miles south of Pyongyang.

Less than 12 hours later, Bordallo circulated another statement. This one sounded more dire.

“North Korea’s most recent threat to target Guam is dangerous and it further heightens tensions in our region,” said Bordallo.

She also took notice of Trump’s antagonism. “I strongly urge the President to explore every avenue to peacefully respond to it and avoid further escalating this situation,” she said.

On Thursday, she said Trump “needs to tone down the rhetoric.”

Circumstances would be more kinetic if Congress were meeting amid the pounding of the war drums. Don’t forget that Senate Majority Leader Mitch McConnell initially said his body would meet this week. But the Kentucky Republican dashed those plans after the Senate stumbled on health care and forged an agreement to confirm a slate of Trump’s nominees, stalled for weeks by Democrats.

Instead it is August. Congress has gone fishin’.

In the summer of 2013, lawmakers rushed back to Washington a few days early for special briefings on the Obama administration’s proposal to strike Syria. But the plan never gained traction despite a parade of lawmakers trouping through the Capitol before the end of the recess. Congress never formally considered any military plan for Syria. Without a congressional blessing, the Obama administration moved only incrementally against the Syrian regime as the ISIS problem multiplied.

So everyone is left now with Trump’s threatening to unleash “fire and fury.” It means a lot on the global stage. But it would rattle everyone a lot more if Congress were meeting now.