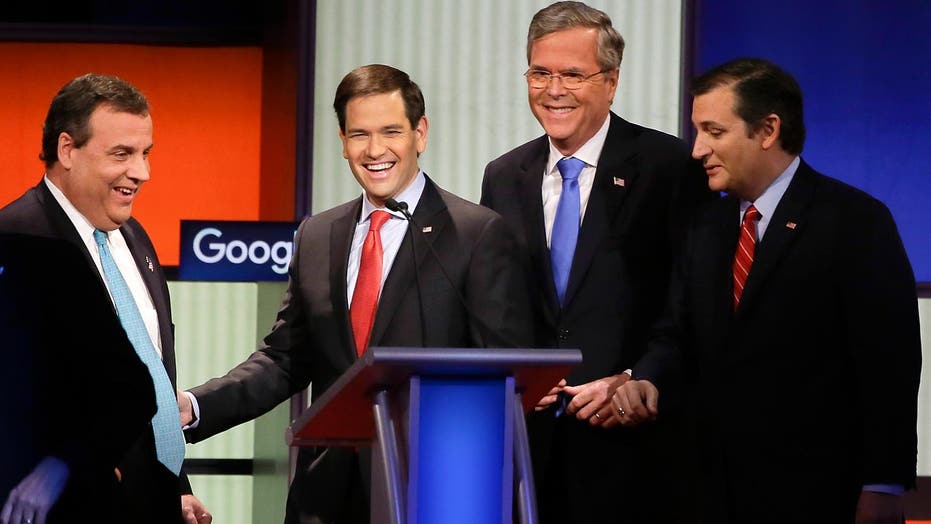 Highlights and analysis of the 9 p.m. Fox News-Google debate

Did Trump's absence help or hurt the remaining candidates? Reaction and insight on the Fox News-Google Digital Debate Special #GOPDebate

The Fox News/Google Republican debate played out not only on Fox News Channel, but also online as voters across the country searched, reacted and commented in real-time to what the candidates were saying.

The graphic below, produced by Google Trends, shows real-time search interest in each candidate. Businessman and front-runner Donald Trump was the leader in that regard, despite (or perhaps because of) his decision not to appear at the debate.

As for what voters wanted to know, the questions were varied and often bizarre.

For former New Jersey Gov. Chris Christie, voters were interested in his net worth and how much time he has left in office.

Meanwhile for Santorum, many people searching for him seemed to think he has already left the race, with the top trending question being “Who did Rick Santorum endorse?”

The debate Thursday, with 12.5 million viewers, was the second-highest rated telecast in Fox News’ history.