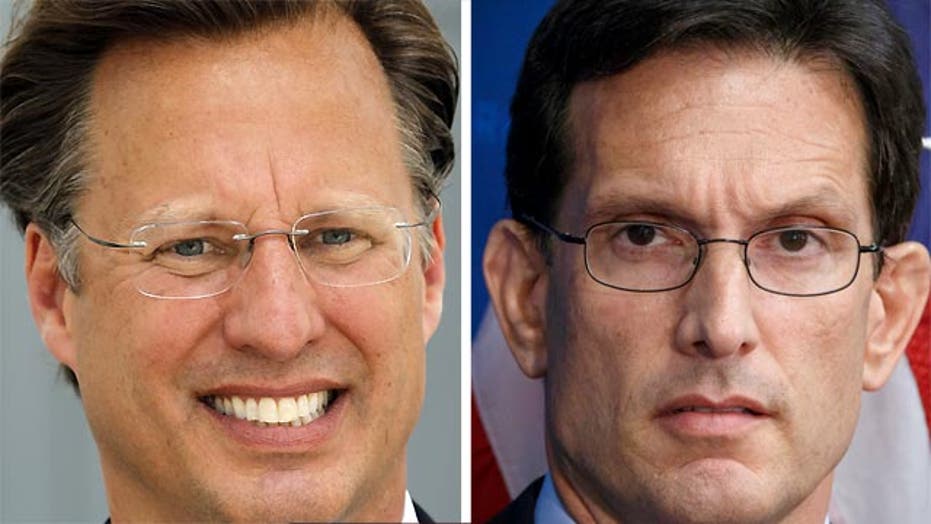 What went wrong for Eric Cantor?

In the aftermath of economic professor and political novice David Brat's stunning victory over House Majority Leader Eric Cantor in the Virginia Republican primary Tuesday, political observers and Republican insiders alike are scrambling to figure out how he did it and what it means for the GOP.

Brat, who overcame a 25-1 spending deficit to take down one of the nation's most powerful lawmakers, attributed Tuesday night's victory to God, who he said “acted through people on my behalf.” Cantor, who many saw as a future successor to House Speaker John Boehner, R-Ohio, became the first House Majority Leader to lose a primary since the position was created in 1899

But divine intervention aside, there were issues and personalities at play in the bruising race to represent much of Richmond and parts of the Shenandoah Valley. Brat campaigned as a fierce opponent to the immigration reforms being championed in Congress. Within minutes of Cantor’s concession speech, anti-immigration protesters were seen at his victory party, local media reported.

Brat was also able to successfully link Cantor, who some saw as a Washington insider, as being out of touch with average Americans.

“Every race is a local race. Cantor was working very hard on national things,” Rich Lowry, editor of National Review, told Fox News Wednesday. “He became disconnected to his district.”

Another thorn in Cantor’s side that Brat capitalized on was last year’s government shutdown and a link to Obama policies.

“The Obama administration continues to crush the individual and every sector of the economy through bad policy, higher and higher taxes and an ever increasing regulatory burden on industry,” former Virginia Republican Gov. Jim Gilmore said in a statement. “Tonight, the residents of Virginia’s 7th district expressed their outrage with President Obama by nominating David Brat to be the Republican Party’s nominee for Congress in my home district.”

Higher than normal voter turnout also played a part in the Virginia Republican primary. More than 63,000 votes were cast, up from 47,037 in 2012.

Brat, who teaches economics at Randolph Macon College just north of Richmond, will square off Nov. 4 against his co-worker and Democratic challenger in November’s general election.

“Dollars do not vote, you do,” Brat said during his victory speech Tuesday night.