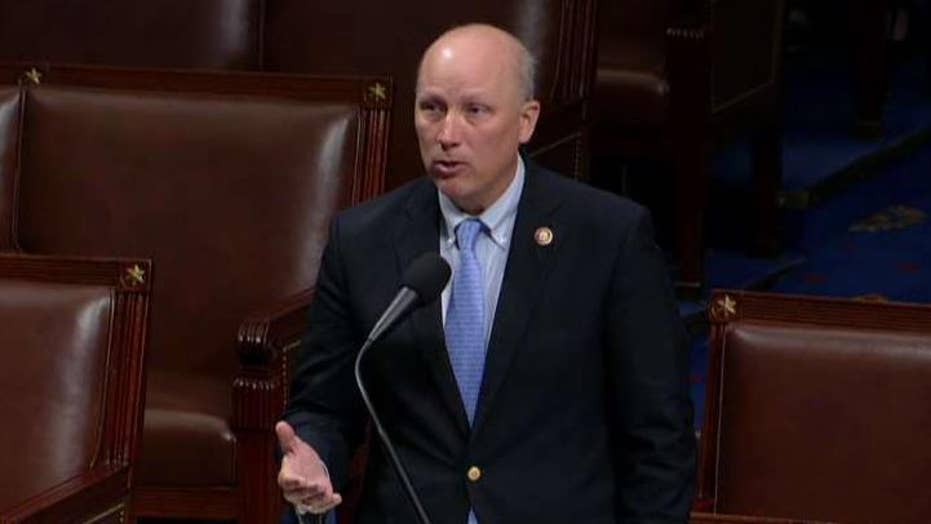 The House on Tuesday again failed to approve a $19.1 billion disaster aid bill after a single GOP congressman dissented -- just days after it was unexpectedly stalled by another Republican holdout.

The aid bill was initially stalled on Friday by Rep. Chip Roy, R-Texas, after the House tried to move the measure via unanimous consent. On Tuesday, Rep. Sanford Bishop, D-Ga., asked that the House approve the bill by unanimous consent, but this time it was Rep. Thomas Massie, R-Ky., who objected.

"The issue here is $19 billion..it is the definition of the swamp," Massie said. "Everyone wants to be a hero by coming in and writing checks."

The bill had cleared the Senate 85-8 earlier last week, but the House attempting to move the measure via unanimous consent means that it required everyone present had to agree to it.

Majority Leader Steny Hoyer, D-Md., said the House would try again Thursday to get the measure passed. But, if it is blocked again, the House is expected to wait until after June 4 to approve the bill via a roll call vote.

Roy objected last week to what he saw as speeding the measure through the nearly-empty chamber, complaining it wasn’t paid for and that lawmakers should actually vote on a bill that spends such a large amount of taxpayer money. He also objected to the decision not to include President Trump’s $4.5 billion request for funding for the migrant crisis on the southern border.

On Tuesday, he praised Massie for objecting to the the unanimous consent measure.

"Major legislation that spends taxpayer dollars should be discussed, debated, and members should cast a vote. That is how our system is set up," he said in a statement. "That is how it is supposed to operate. Unfortunately, today was yet another example of how the swamp operates."

The president can’t sign the legislation until both the House and Senate have agreed to it. Trump had indicated he would sign the measure, tweeting last week: "The U.S. Senate has just approved a 19 Billion Dollar Disaster Relief Bill, with my total approval. Great!"

Democrats were furious at Roy, with House Appropriations Committee Chairwoman Nita M. Lowey, D-N.Y., saying in a statement it is "deeply disappointing that House Republicans are now making disaster victims wait even longer to get the help they need."

Rep. Donna Shalala, D-Fla., who made the unanimous consent request on Friday, chatted with Roy just before the session on Friday morning.

“He came up to graciously inform me he was going to object because he wanted the President’s border request to be included,” said Shalala. “This is not the way our government should work. We’re ready to work in the House in a bipartisan way. The same as the Senate was ready to go. One individual. His position is irresponsible.” 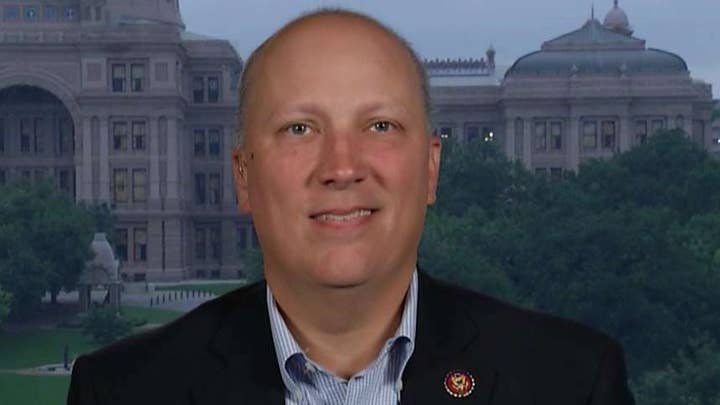 Hoyer had intimated last week that “we will take action as early as next week when the House meets again during pro forma,” in a reference to the short sessions including Tuesday's.

The move to punt on the bill is politically risky for Republicans as much of the money will go to pro-Trump areas in Florida, Georgia, North Carolina, Iowa and Nebraska. Some will also go to the rebuilding of military facilities. If Republicans are successful in blocking the bill into June, then Democrats will likely accuse Republicans of obstructionism.

Democrats won further aid for Puerto Rico, but talks over money for the border crisis broke down after Democrats demanded conditions be placed on money to provide shelter for those seeking asylum.

The Associated Press reported that House liberals demanded a provision to tighten up language that blocks the Department of Homeland Security from getting information from the Department of Health and Human Services to help track illegal immigrants if they care for minors who arrive at the border.

Trump took credit for the disaster aid bill in a trip to Florida, and brushed off the failure to include border security money.

"Well, we're going to get the immigration money later, according to everybody," Trump said. "I have to take care of my farmers with the disaster relief."