Congressional Democrats could soon have a retirement problem on their hands -- several representatives in vulnerable districts are stepping down ahead of an election year in which the party's incumbents are already threatened by discontent over the economy.

That brings the total number of open House seats to 11 for the Democrats, presenting Republicans with a plethora of attractive targets. While House Republicans have 12 members stepping down, many to run for higher office, most of them are leaving behind seats in reliably Republican districts.

By contrast, as many as seven seats left behind by Democrats are considered vulnerable. Two retirements, for instance, in conservative-leaning Tennessee, do not bode well for the Democratic Party.

"We're playing to win," said Ken Spain, spokesman for the National Republican Congressional Committee, saying Republicans are looking to bring between 70 and 80 total House seats into play. "Immediately the retirement districts go to the top of the list."

"We're not going to be surprised like in 1994," Van Hollen told Fox News Sunday, citing the year Republicans swept into the majority in Congress under President Clinton's watch.

Views by "the public of the Republican Party right now are very, very low, and that contrasts with 1994. So is this going to be a tough year? Yeah, and we're ready to fight. Is it going to be another 1994? No," Van Hollen said.

Republicans need to net 40 more seats to take back the House. This could be daunting considering a few of their own seats, including that of Louisiana Rep. Anh "Joseph" Cao, could fall into Democratic hands. However, one congressman, Rep. Parker Griffith, switched to the GOP last week from the Democrats, which Van Hollen said was not helpful for his political survival.

House Speaker Nancy Pelosi said this month that she's in "campaign mode," and confident Democrats can keep a healthy majority next year.

"My guess is Republicans are on track to pick up over 20 House seats," said Larry Sabato, director of the University of Virginia Center for Politics.  Twenty seats is the average loss for the majority party in the first midterm year after the president of that party is elected.

Some analysts, including Sabato, say the retirement factor is overblown. Sabato said the growing retirements are actually less important than the poor state of the economy and President Obama's popularity in projecting GOP wins.

"Even if there aren't a lot more Democratic retirements, Republicans are going to pick up a lot of seats," he said. "The key is Obama's popularity is not strong, and most importantly that the economy is not doing well."

But the retirements and resignations compound an already glaring problem for Democrats. According to the Congressional Quarterly Roll Call, 70 Democratic races are competitive next year compared to 32 Republican races. On top of that, the Gallup poll shows Democrats have gone lost an 8-point advantage in generic ballots on which party voters favor for Congress in their district to 3-point race.

Even if Republicans don't take back either chamber, they would still be in a much better position to stonewall Obama's legislative agenda. If analysts' predictions hold true, they could be able to build a majority with moderate Democrats in the House on certain issues, and at the very least would be able to filibuster once again in the Senate.

Democrats, counting Independent Sens. Joe Lieberman and Bernie Sanders, currently hold a 60-seat filibuster-proof majority in the Senate. Essentially, Republicans only have a voice when a Democrat or two chooses to join their side.

Sabato predicted that Republicans could pick up three or four seats in the Senate -- not enough to take the majority, but enough to block legislation.

The impact of retirements in the Senate is less clear.

Three Senate Democrats are not running for office in 2010, while six or seven Senate Republicans are stepping down. The wild card in the GOP is Texas Sen. Kay Bailey Hutchison, who is running for governor -- she's expected to step down after the March primary, but if she loses, it might be tempting to hold on to that Senate seat since it's not up for election until 2012.

Two of the three Senate seats the Democrats are leaving are considered toss-ups -- the Illinois seat now held by Sen. Roland Burris and the Delaware seat held by caretaker Sen. Ted Kaufman.

But several Democratic incumbents, including Senate Majority Leader Harry Reid, are vulnerable next year. Very few sitting Republicans look to be in trouble.

Still, Democrats are trying to hold on where they can. A positive sign for them came in New York's 23rd District, where Democrat Bill Owens beat Conservative Party candidate Doug Hoffman in a special election last month after Hoffman drove the Republican candidate out of the race.

One Democratic strategist said the party's congressional retirements this cycle are nothing like the "wave" of GOP retirements in 2008 -- and that the climate is nowhere near as bad as in 1994.

"We know that we face a headwind, but the fact of the matter is we've been preparing for that since day one," the strategist said. 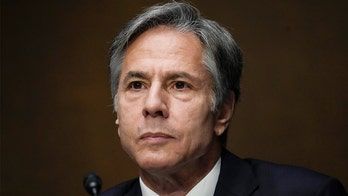 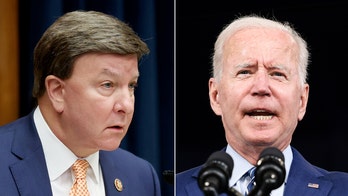