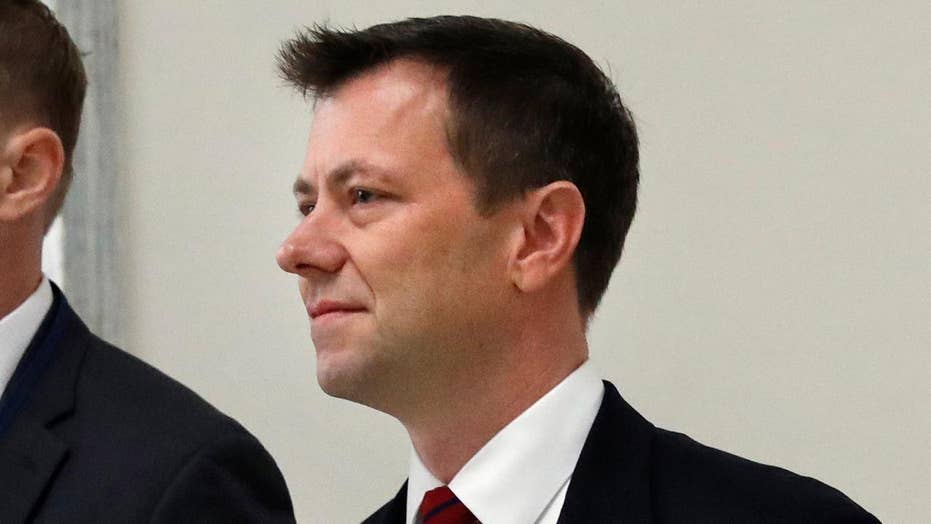 The House Judiciary Committee announced Tuesday that it has issued a subpoena to embattled FBI official Peter Strzok to testify in an open hearing next week regarding the FBI’s actions surrounding the 2016 election.

The hearing, on FBI and Department of Justice actions around the 2016 election, will take place next Tuesday and comes after Strzok was accused of being “smug” during questioning at a closed-door Judiciary hearing last week.

That appearance was the first congressional appearance by Strzok following revelations of anti-Trump messages he exchanged with colleague Lisa Page.

“Strzok was smug, defiant, and laughed off a lot of questions,” one congressional source told Fox News following the interview. Another source said he said that he regretted sending the texts, which caused him to be removed from Special Counsel Robert Mueller's investigation.

President Trump and some congressional Republicans have cited Strzok’s behavior as evidence of bias by the FBI during the investigations into Hillary Clinton’s email server and alleged Russian interference in 2016.

In particular, interests in Strzok's role has intensified since the release of the Justice Department inspector general report, which revealed a text in which Strzok vowed to “stop” Trump from becoming president.

Inspector General Michael Horowitz ultimately found no evidence that the anti-Trump bias among several FBI agents impacted prosecutorial decisions in the Clinton email probe, but last month said he was investigating whether Strzok’s anti-Trump bias played a role in the launch of the Russia probe.

Strzok attorney Aitan Goelman has pushed back against criticism by Trump and other Republicans, accusing Trump of being "desperate to undermine" Mueller's probe and "viciously attacking Pete for playing by the rules."