President Donald Trump's initial request for a $44 billion disaster relief package for states affected by the likes of hurricanes and wildfires has ballooned into an $81 billion package introduced this week by House Republicans.

GOP leaders promised a vote this week on the measure, which would bring the total provided in response to this year's devastating round of hurricanes to more than $130 billion — exceeding the cost to taxpayers of 2005's Hurricane Katrina.

After the Thomas fire sparked in early December, House Speaker Paul Ryan, R-Wis., agreed to include more aid for California, the Times reported.

Two previous aid packages approved by Congress this year included a total of about $500 million for wildfire recovery, the newspaper noted.

This week’s emergency aid proposal would provide $26 billion for community development block grants, which would help Florida, Texas and the Caribbean rebuild, along with Western states recovering from wildfires.

There's funding for prevention of future flooding, highway repairs and help for small businesses. There's almost $28 billion for the government's chief disaster aid account, $4 billion of which could be used to help cash-strapped governments such as Puerto Rico's stay afloat.

"We have a commitment to our fellow citizens that are in the midst of major rebuilding efforts," said Appropriations Committee Chairman Rodney Frelinghuysen, R-N.J., who sponsored the measure. "They deserve our continued support, and we must provide the necessary resources for them to recover from these emergencies."

The package also would provide $2.6 billion for farm disasters. Florida lawmakers have said citrus crops in their state have been suffering.

"While it was not everything, it was further than the administration proposed," Rep. Pete Sessions, R-Texas, said Monday.

The disaster measure is one of many items on Capitol Hill's unfinished agenda. It also promises to deliver votes for a plan by House GOP leaders to prevent a government shutdown at midnight Friday, but it's unclear whether the emergency relief would be paired with the stopgap spending bill or advance separately.

Earlier, the Senate's top Republican announced a lengthy wish list that he hopes to attach to a must-do stopgap spending bill this week, but there's no agreement with the chamber's Democrats and little time to waste.

Majority Leader Mitch McConnell is eyeing the measure as a shortcut to power several other items into law, including hurricane relief, a renewal of a children's health insurance program and funding to stabilize "Obamacare" insurance markets.

But top Senate Democrat Chuck Schumer has other priorities, chiefly protection from deportation of immigrants commonly referred to as "Dreamers" and securing spending increases for domestic agencies to match huge budget increases sought by defense hawks for the Pentagon.

The spending bill would be the main item of congressional business remaining after Republicans wrap up action on their hard-fought tax bill. Lawmakers are eager to head home for the holidays.

As Republicans controlling Congress hashed out their tax measure, however, a stack of unfinished legislation piled up. Negotiations have produced some progress, but many disagreements remain.

Perhaps most significantly, Democrats are demanding that Trump fulfill pledges to address the immigration issue, which involves protections for immigrants who were brought to the country illegally as children and who have often known no other home than the U.S.

Republicans leaders don't want to take on the politically explosive issue of immigration this year but promise it will be taken care of next year. And GOP leaders have so far rejected Democratic demands that domestic agencies and foreign aid accounts receive spending increases at parity with the $60 billion to $70 billion or more increase that Republicans want to award the Department of Defense. 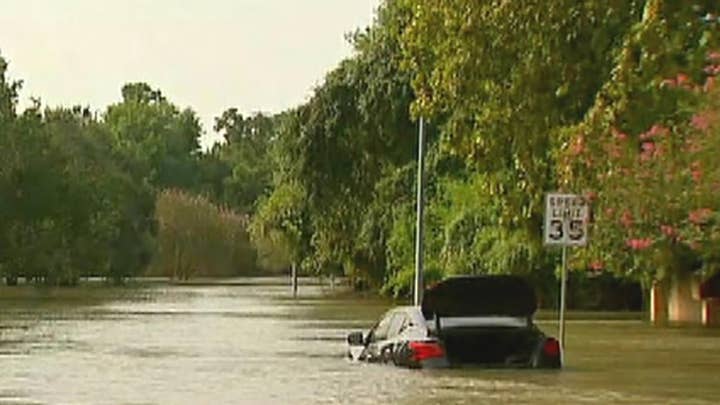 The complexity of the agenda — and Capitol Hill's spotty track record of bipartisan success in the Trump era — has spawned speculation that lawmakers will do the bare minimum to avert a shutdown and punt almost all the rest of the issues into the new year.

In the House, GOP leaders have announced a plan to pair a huge Pentagon funding bill with record spending increases with a stopgap spending measure called a continuing resolution that would keep the rest of the government running at current levels through Jan. 19. They have also added a GOP-drafted renewal of the popular Clinton-era Children's Health Insurance Program.

The House GOP plan has little chance of surviving in the Senate. Unlike the tax bill, which is advancing under special filibuster-proof procedures, Democratic votes are needed to pass the year-end measure.

"We need action on Dreamers, and we need our Republican colleagues to cooperate," Schumer said. "On these issues and more, there is a lot of work left to do."

And in the Senate, McConnell promised several additions of his own, including tens of billions of dollars in hurricane aid, renewal of a controversial overseas wiretapping program that's valuable in fighting terrorism, and a budget waiver that would make sure the tax bill doesn't trigger cuts to Medicare and other benefit programs under pay-as-you-go rules enacted when Democrats controlled Congress.

"Congress must do what is right for the American people and take action this week," McConnell said, urging his colleagues to "come together and help pass a funding agreement that fulfills our responsibilities to the nation."