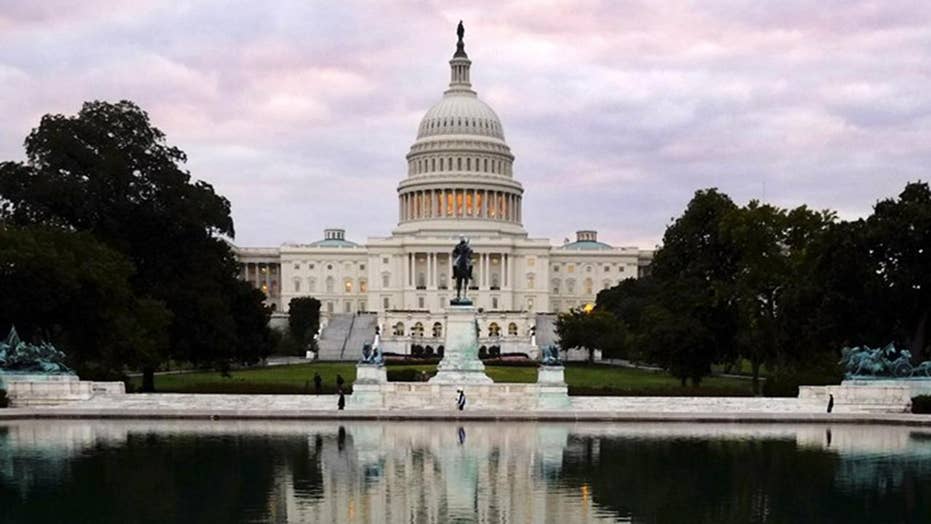 The House of Representatives failed to pass an amendment to the Constitution requiring a balanced budget, following a damning Congressional Budget Office report that said the tax reform law and the omnibus spending package would push the deficit to just under $1 trillion in 2019.

The vote was 233-184 in favor, but in order to pass a constitutional amendment, the measure needed two-thirds of the House to vote for adoption, meaning almost 50 more congressman needed to cast votes in the affirmative.

Majority Leader Kevin McCarthy, R-Calif., said the House has “repeatedly passed balanced budgets” and each funding bill “on time,” and has fought for “cuts to help balance our budget and mandatory reforms to save our entitlement programs.”

“We’ve shown Washington’s spending problem can’t be boiled down to a lack of will. It’s a problem of structure and process -- and everyone knows the process of government funding in Washington is broken,” McCarthy said. “I’m extremely disappointed our Democrat members didn’t vote in line with their newfound concern about deficits, but this is not the only battle line in the fight to fix our spending problem.”

A balanced budget amendment requires the government to spend no more than it takes in each year — and Republicans have pushed to consider the measure since the 1980s.

The last time the House of Representatives voted on a constitutional balanced budget amendment was in 2011 -- before that, 1995. Congress has never been able to fully pass the amendment, failing to garner support from both the House and the Senate each time it’s been taken to the floor — in 1982, 1986, 1995, 2011 — and now, this year.

This time around, Goodlatte, R-Va., who will not seek re-election at the end of his term, proposed the joint resolution voted upon on Thursday evening.

“A balanced budget amendment has been one of the highest priorities of my tenure in Congress. A constitutional amendment requiring a balanced budget would finally bring discipline to federal spending and would benefit generations to come,” Goodlatte said in a statement, praising House leadership for scheduling a vote.

“I challenge my colleagues in the House and Senate to do what is morally right and responsible by passing this amendment and sending it on to the states for ratification.”

Goodlatte’s resolution required that Congress not spend more than it receives in revenue, and requires a true majority — two-thirds vote — in both the House and Senate to pass tax increases, along with a three-fifths supermajority to raise the debt limit. Goodlatte’s resolution is identical to the balanced budget amendment considered in 2011, which also failed.

Even if Goodlatte’s resolution had been passed in the House, the chances of it passing the Senate were slim. The Senate would need at least nine Democrats to vote across party lines to approve the measure.

Democrats have blasted Republicans time and again for the proposal of the amendment — especially following the passage of the Republican tax reform plan, and of the $1.3 trillion omnibus spending bill that gained passage last month. President Donald Trump signed the measure into law, but slammed the legislation for carrying such a hefty price tag.

Democrats also said passage of the amendment would have resulted in deep entitlement cuts to Medicare, Medicaid and Social Security.

“I’m reminded in the course of the tax bill, the budget, and now the so-called balanced budget amendment, of Reverend King’s words,” Pelosi said at her press conference on Capitol Hill. “’God never intended for any group of people to live in superfluous, inordinate wealth while others live in abject, deadening poverty.”

Even some Republicans disagreed with bringing the resolution to a vote.

"What a joke. What a joke. It is the biggest joke in the world," Sen. Bob Corker, R-Tenn., told The Washington Post. "It's a way for people to hide behind making tough decisions. I'm for a balanced-budget amendment, but the way it's drafted, it's just to give people cover. We've got the House, the Senate and the presidency. If we wanted to figure out a way to balance the budget we could do it."

"It's all pretend, Never gonna become law, never gonna happen," Jordan said on the House floor. "Everybody knows this is all pretend."

And Rep. Mark Meadows, R-N.C., said no one "will take this vote seriously."

Pelosi's office sent a statement ahead of the vote, again blasting the resolution.

“House GOP’s balanced budget amendment is not about budgeting or balance. It’s about Republicans pushing their cruel agenda to further enrich the special interests on the backs of working families,” Pelosi’s office said in the statement. “Democrats believe in real fiscal responsibility and continue to fight for America’s seniors and our veterans, to create more good-paying jobs, and to reduce deficits in a responsible and sustainable manner.”

The CBO report earlier this week forecast that the Tax Cuts and Jobs Act would reduce federal revenues by $1 trillion, but would add another $500 billion to the debt. In 2018, tax cuts and spending hikes would add up to $242 billion.