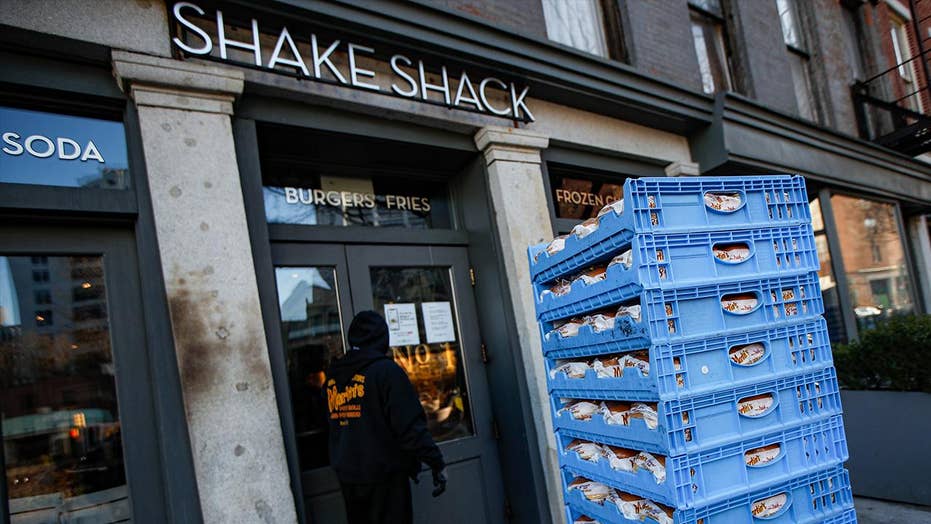 In its first official action since forming April 23, the panel's Chairman James Clyburn, D-S.C., sent letters to several large public corporations demanding they immediately give back the taxpayer dollars.

“Since your company is a public entity with a substantial investor base and access to the capital markets, we ask that you return these funds immediately,” the letter to five large companies reads. “Returning these funds will allow truly small businesses -- which do not have access to alternative sources of capital -- to obtain the emergency loans they need to avoid layoffs, stay in business, and weather the economic disruption caused by the coronavirus crisis.”'

STEVE SCALISE WILL BE TOP REPUBLICAN ON NEW CORONAVIRUS COMMITTEE

The letters to the big businesses were only signed by the Democratic members of the committee, while Republicans' panned them as "harassing." The GOP members believe the letters were "wildly premature" since they were just appointed to the committee on Thursday and haven't had a full conversation yet on how the committee will operate, according to a senior GOP aide.

The public companies targeted have a market capitalization of more than $25 million and more than 600 employees. All received loans through the Paycheck Protection Program (PPP) for small businesses worth $10 million or more,  the committee said.

The companies have until Monday to inform lawmakers whether they will return the funds. If not, the committee demanded the companies turn over all documents and communications regarding their federal loan.

The PPP initially passed in the $2.2 trillion CARES Act and was infused with more money last month to bring the total to more than $600 billion. The goal was to give struggling small businesses with under 500 employees a forgivable loan to keep their staff on the payroll during the pandemic.

But several large companies applied for and received the funds, while some small businesses were shut out. Under bipartisan public pressure from Congress and the White House, more than 40 companies say they plan to return the money, including Ruth’s Chris Steak House, Shake Shack, Potbelly Sandwich Shop and Ashford Hospitality Group.

Now the committee is seeking to pressure the companies that have refused to repay the money.

But Rep. Steve Scalise, the top Republican on the panel, said the committee should focus instead on holding China accountable for the coronavirus rather than intimidating American businesses.

“It is outrageous and telling that the first action committee Democrats have taken is blindly sending harassing letters to individual companies that followed the law to keep their workers on the payroll -- a law that each of their members on the committee voted for -- rather than using their power to work with together on a bipartisan basis to help families safely get back to work, and start holding China accountable for the devastation they perpetrated on the American people," Scalise, R-La., said in a statement.

Here are the companies the coronavirus committee has targeted to return the federal funds that were supposed to go to small businesses with under 500 employees: