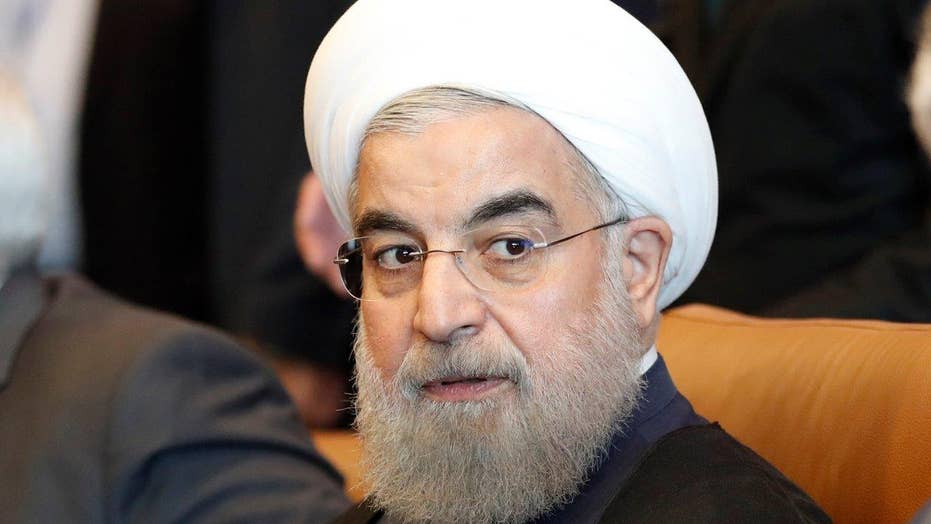 WASHINGTON – The GOP-led House approved legislation late Thursday to prohibit the United States from making cash payments to Iran and require that Congress be notified before any future claims settlements with Tehran are conducted. The bill passed by a wide margin, 254-163.

The measure, an election-year broadside, won ample support from Republicans aiming to rebuke the Obama administration for paying Iran $1.7 billion in cash earlier this year to settle a decades-old arbitration claim. Democrats have accused Republicans of trying to score political points with the bill.

Since the initial payment was made the same day Tehran agreed to release four American prisoners, GOP lawmakers decried the payments as ransom, a charge the White House has rejected. Citing Iran's status as a leading state sponsor of terrorism, Republicans have contended the untraceable cash will be used to finance terrorism around the world. Although the bill targets Iran, lawmakers also passed an amendment that would bar the U.S. from paying cash to other designated sponsors of terrorism and North Korea.

"Cash does not leave a paper trail," said Rep. Ed Royce, R-Calif., the Foreign Affairs Committee chairman and the bill's sponsor. "Cash is the currency of terror."

The Obama administration has threatened a veto of the bill, calling it "an ill-advised attempt to respond to a problem — so-called 'ransom' payments to Iran — that does not exist."

House Democrats accused Republicans of trying to score political points. Rep. Eliot Engel of New York, the top Democrat on the Foreign Affairs Committee, said holding Tehran's money until Iran released the Americans "was a pretty shrewd bargain." But by using the word ransom, Engel said, Republicans turned the bill "into a political hot button — a poke in the eye of the administration."

An initial $400 million payment in euros, Swiss francs and other foreign currency was delivered on pallets on Jan. 17, the same day Tehran agreed to release the prisoners. The remaining $1.3 billion was paid in cash installments made on Jan. 22 and Feb. 5.

The administration has said the arbitration payment and prisoner release were separate, but later acknowledged that the cash was used as leverage until the Americans were allowed to leave Iran.

Republicans on a House panel pressed Treasury Secretary Jack Lew Thursday about the cash payments at a Financial Services Committee hearing on the condition of the financial system. The exchanges became heated.

Lew insisted the payment wasn't ransom. He said it complied with sanctions rules and said settling a contract dispute for less than what the Iranians had claimed "saved the American people billions of dollars."

Rep. Jeb Hensarling, R-Texas, the committee's chairman, cut him off. "Can you trace the money?" he demanded.

The payment was deposited in a bank account that Iran held in a third country, and the actual method of the payment is "a technical detail," according to Lew.

Rep. Maxine Waters of California, the committee's top Democrat, said the Republicans' questioning was part of an effort to "dismantle" the landmark Iran nuclear agreement that gave Tehran relief from many international economic sanctions.

"What we find is an undermining of this president (Obama) at every turn," Waters said. To Lew, she said, "I'm sorry that you have to endure this."

The money settled a dispute over a $400 million payment made in the 1970s by the U.S.-backed shah's government for military gear. The equipment was never delivered because of the 1979 Islamic Revolution, which overthrew the shah and ended diplomatic relations between the U.S. and Iran. The $1.3 billion covers what Iran and the U.S. agreed would be the interest on the $400 million over the decades.