FIRST ON FOX: Sen. Josh Hawley, R-Mo., is accusing Homeland Security Secretary Alejandro Mayorkas of "deliberately" withholding information from Congress about the effort by the Department of Homeland Security to "suppress speech" – after new revelations about DHS’ push to combat disinformation.

"It is clear from the latest reports that you have deliberately withheld documents from Congress and the American public about your efforts to suppress speech," Hawley said in a letter to Mayorkas, obtained by Fox News Digital. "Your actions are a blatant disregard for congressional oversight and a violation of statutory law."

Hawley’s letter comes after an explosive report in The Intercept which revealed that, while DHS dissolved the controversial "Disinformation Governance Board" earlier this year, the agency is still working with Big Tech to combat "disinformation" on a range of topics, including COVID-19, vaccines, racial issues, the withdrawal of U.S. troops from Afghanistan and Ukraine aid.

Among the revelations was a leaked document showing Facebook’s secured Government Reporting System, which allows government officials to directly flag content on Facebook or Instagram and request that it be taken down.

Critics had slammed the disinformation board as an effort to crack down on free speech, and reacted furiously when the latest details emerged. Hawley, who has been a vocal opponent of Big Tech, was among the Republicans who want answers over the scope of the disinformation efforts – and sees it as part of a trend by the Mayorkas-run DHS.

"Under your tenure, you have transformed the Department of Homeland Security into an engine to suppress the freedom of speech," he said.

DHS has defended its efforts, saying in a statement to Fox News Digital this month that DHS is "charged with safeguarding the United States against threats to its security, including threats exacerbated by disinformation." 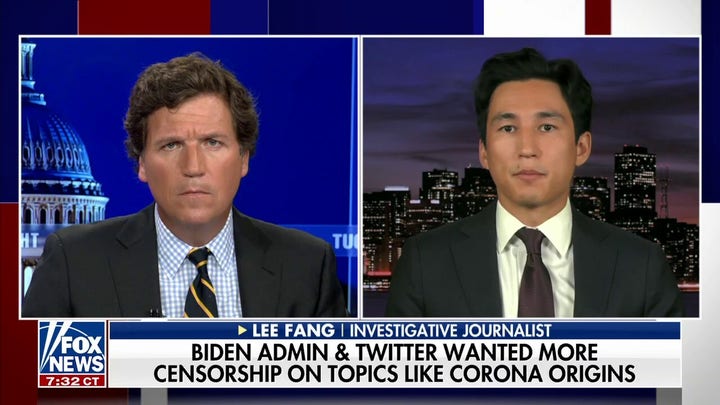 Hawley noted that he had previously questioned Mayorkas about what he called a "dystopian project" and had made multiple requests for information on the department’s efforts. He accuses Mayorkas of "yet again hiding information about your efforts to suppress speech you dislike – a flagrant disregard of congressional oversight requests and federal law."

"While you were publicly announcing that you had disbanded the Disinformation Governance Board, your Department was still 'having biweekly meetings' behind closed doors with Facebook to suppress speech," he said.

"This is unacceptable. You must immediately disclose, publicly, all your efforts to suppress speech," he later said.