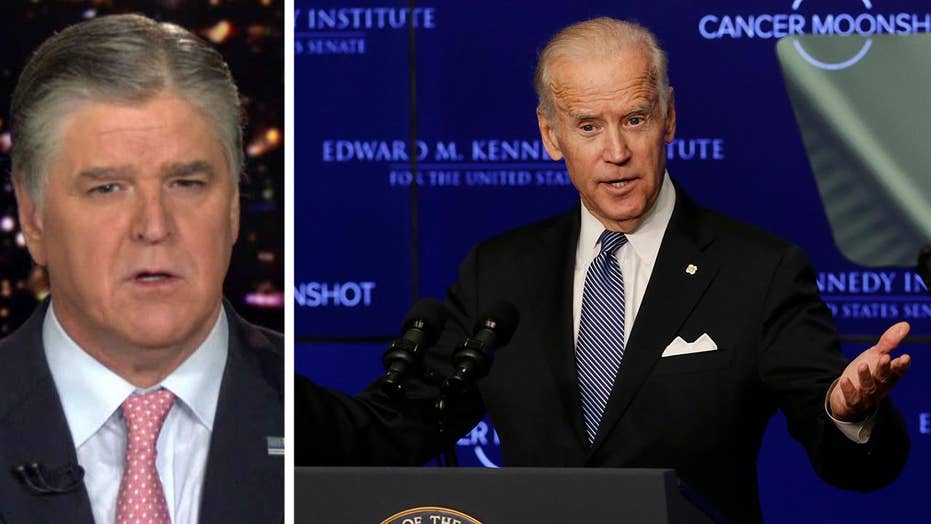 "Now, there's a pattern here because crazy uncle Joe came out hard against busing...integration of public schools in the 1970s; he made inflammatory comments when pushing the Clinton crime bill; he used the phrase 'predators on our streets' talking about urban crime; he even made excuses for segregationist Strom Thurmond calling him a product of his time," Hannity said.

Biden faced criticism Wednesday from his Democratic primary rivals for invoking his ability decades ago to work with two segregationist southern senators to “get things done.”

"Biden's advisors are actually now even publicly begging him, stop talking about your political past because it is a massive liability. He has no core ideas, no solutions, eight years of failure. Willing to say and do everything to try to appease the radical Democrat socialist party, but is anyone buying it. Remember his Anita hill apology tour, the flip-flopping on the Hyde amendment? He held that position for 40 years, having to pander to the real speaker of the house, Alexandria Ocasio-Cortez," Hannity said.

The Fox News host blasted Biden for his current positions and his campaign chaos.

"Someone with no plan for our future and he has to run on the Biden-Obama record. $150 billion to mullahs in Iran, 13 million more Americans on food stamps, 8 million more on poverty."