Ambassador Nikki Haley has ramped up U.S. rhetoric on anti-Israel bias at the U.N. (AP)

UNITED NATIONS – U.S. Ambassador to the U.N. Nikki Haley on Tuesday challenged Arab countries who spout anti-Israel rhetoric to step up to the plate with financial support for Palestinians -- warning that while the U.S. is generous, "we are not fools."

At a meeting of the U.N. Security Council, Haley noted there is “no end” to speeches from Arab states criticizing Israel’s actions in the region, and the impact they are allegedly having on the Palestinian population.

“If those words were useful in the schools, the hospitals, and the streets of their communities, the Palestinian people would not be facing the desperate conditions we are discussing here today,” she said. “But talk is cheap.”

'If we extend a hand in friendship and generosity, we do not expect our hand to be bitten.'

She noted that the U.S. provided $364 million to the U.N. agency for Palestinian refugees (UNRWA) and another $300 million in bilateral assistance last year, numbers that dwarf the contributions from other countries.

The U.S. withheld approximately $65 million in funding for UNRWA in January. The State Department said at the time that the money was “frozen” and that the U.S. wanted to see “revisions” in how UNRWA operates. 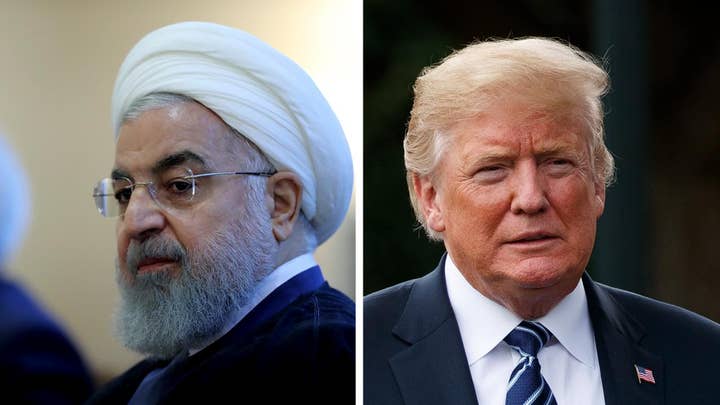 On Tuesday, Haley hinted that more cuts could follow, and urged other countries to step up.

“Americans are very generous people. We are humanitarian oriented. And we continue to seek out ways to help the Palestinian people, whose plight is of genuine concern to us,” she said.

“But we are not fools. If we extend a hand in friendship and generosity, we do not expect our hand to be bitten. And as we extend our hand, we also expect others to extend theirs as well.”

But she added that it wasn’t entirely about money.

Haley has been leading the charge against what the Trump administration sees as anti-Israel bias at the U.N. Last month, Haley cited the Human Rights Council’s anti-Israel bias as one of the reasons for the U.S. pulling out of the controversial body.

Palestinian representative Riyad Mansour, in a lengthy speech on the Security Council floor, lamented conditions in the Gaza Strip and blasted Israel: “In the occupied besieged Gaza Strip, the Palestinian people continue to endure an ever-worsening humanitarian crisis and a rapid decline in the socio-economic situation as a devastating effect of Israel's ongoing occupation, illegal and inhumane blockade and repeated military aggressions.”

Israeli Ambassador Danny Danon, however, reserved his ire for the international community, which he said refused to condemn Hamas while constantly attacking Israel for defending itself.

“Enough is enough,” Danon said. “Too many in the international community criticize our actions while Hamas terrorizes our sovereign borders.”

Danon went on to accuse Hamas of holding Gaza hostage and terrorizing both Israelis and Palestinians. “It is time for this body to acknowledge that Hamas is no different from Al Qaeda and ISIS,” he said.

But the U.N.’s focus seems unlikely to shift from Israel any time soon. As the Security Council meeting was underway, the U.N.’s Economic and Social Council was debating an anti-Israel resolution that condemned the “economic and social repercussions of the Israeli occupation.”

That resolution adopted a report on the living conditions drafted by the Economic and Social Commission for Western Asia -- an organization that last year said Israel was an “apartheid” state. On Tuesday, in discussing the report as part of the resolution, the Palestinian representative also used the “apartheid” term and described Israel as a “colonial regime.” 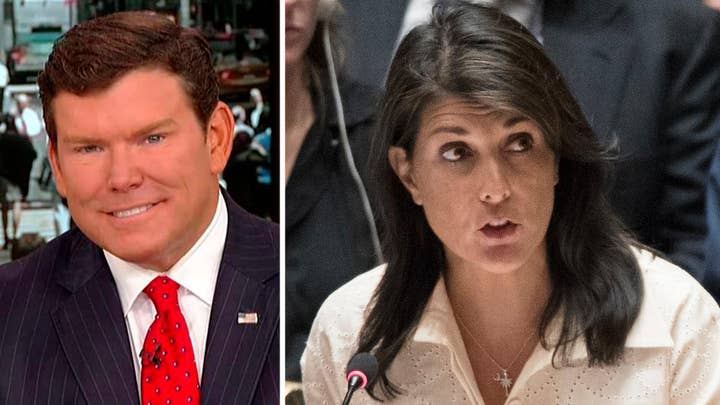 The resolution, introduced by Egypt, praises the Palestinian government for trying to improve the economic and social situation in what it described as occupied territory, despite the “obstacles imposed by the ongoing Israeli occupation.” Meanwhile, it accuses “occupying power” Israel of human rights abuses and more.

Israel’s representative said Israel was “deeply disappointed” but not surprised by the report, and noted that there was no section discussing Hamas. She called the report “little more than an extensive 22-page propaganda piece.” The U.S. blasted the report as biased and one-sided.

While the resolution passed comfortably, an amendment from Israel calling for Hamas to release soldiers and civilians held in Gaza was rejected by the council, with only five members including the U.S. voting in support.

“Even as the U.N. fails, time and again, to condemn Hamas, the rules of the game are changing," Danon said in a statement after the vote. "These egregious anti-Israel decisions will not be tolerated, and we will continue to respond with counter-proposals. Today was ultimately about the crimes of Hamas, something we will not let the United Nations forget.”

The U.S. has long expressed concern over anti-Israel bias at the U.N. but Haley has threatened funding cuts for those who vote against U.S. interests -- including on Israel.

At a speech at an event for Christians United for Israel in Washington D.C. Monday night, Haley hinted at foreign aid cuts for countries that consistently vote against the U.S. -- something Trump and Haley have floated before.

“U.N. votes should not be the only factor in our foreign aid decisions, we have many interests that go beyond the U.N.,” she said. “But they should be one factor, and we are determined to make that connection.”