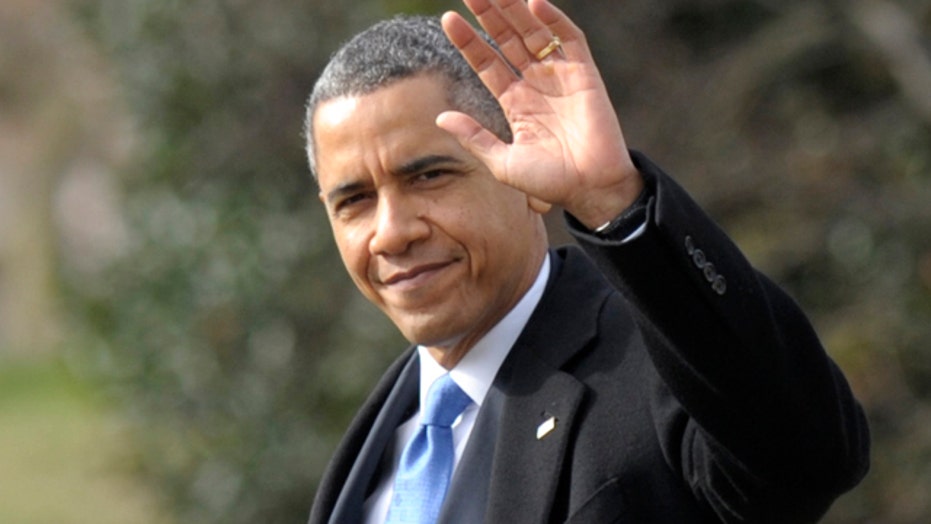 “To be very blunt with you, we’re counting on all of you, the legitimate news media to cover these discussions, because the truth is that times have changed.”

-- Vice President Joe Biden talking to reporters at a Philadelphia press confrence on the administration’s push for a gun ban.

How much political capital is President Obama willing to spend to achieve gun control?

The choice may not be entirely up to him.

Obama tonight will talk about many things in his fourth State of the Union address in an effort to goad his adversaries into action or increase the political penalties for their resistance.

He will batter Republicans on their refusal to accept his plan to replace part of automatic cuts to federal spending that begin at the end of the month with a tax hike on top earners. Expect to hear of dire consequences that will befall the nation if spending drops by $120 billion this year: unsafe medicines, hungry children, unsecured nukes, etc.

Obama will denounce foes of a rapid amnesty for illegal immigrants and call for additional stimulus spending to “invest” in middle-income jobs. That jobs plea will, as it has invariably become for Obama, be tied to global warming. Obama Democrats see the fight against changes in the earth’s climate as a twofer: it’s environmentalism and a jobs subsidy program.

There will be all of those things and more in what promises to be a flurry of policy provisions befitting a re-elected president determined to have a transformative second term. He may not match Bill Clinton’s record for longest-ever (1 hour, 28 minutes and 49 seconds in 2000), but Obama will certainly not be wrapping up quickly.

But whatever Obama talks about, it is likely to be overshadowed by his call for a gun ban in response to mass shootings and a steady tide of urban shootings, particularly in his hometown of Chicago.

The Constitution instructs the president “from time to time” to update Congress on the state of the union and “recommend to their consideration such measures as he shall judge necessary and expedient.

The tradition since 1790 has been for presidents to do this once a year, but the Framers included the line in order to make sure that there was at least some communication between the legislative and executive branches.

Presidents since Woodrow Wilson have needed little encouragement to tell Congress what’s on their minds, especially the current chief executive. Obama talks to, about and around Congress constantly.

So all that Obama says tonight about immigration, taxes, stimulus and global warming will have been heard and re-heard by the lawmakers Obama is ostensibly there to talk to.

The real purpose of States of the Union addresses since Lyndon Johnson moved his speech to primetime from the sleepy midday affairs of his predecessors is to talk to the folks at home and to get the political press to restate your talking points.

The speeches are predictable news events that allow for lavish coverage and great pictures – lots of cheering, the big Stars and Stripes, etc. What the president says can be analyzed, re-analyzed and dissected for the evening, and, since Obama will give partial versions of the speech in three campaign stops, for days afterward.

But the full laundry list of policies won’t make it through the media wringer. Despite Obama’s claims that Washington can “walk and chew gum at the same time” he surely knows by now that it cannot.

In the case of this speech, it seems inevitable that his push on gun control will predominate. It’s an issue that his political base adores, it being an article of faith on the American left that limiting gun sales will reduce gun crime. Add to that the double bias in favor of the issue in the press – dramatic stories for the “if it bleeds it leads” set and a policy that fits overall view in the establishment press that firearms are bad.

To that end, the president will use the parents and survivors of the Newtown, Conn. tragedy and other victims of gun violence to personalize his message on gun control. Reports will follow these breadcrumbs and produce the stories that reinforce the president’s message.

People getting shot and killed makes for better copy than “sequestration” or “out-year entitlement reform” or “green jobs” or whatever fiscal and economic crisis the government and the nation are currently stumbling through.

But the risk here for Obama is that for all of his pivots and policy pounding, the speech may end up being recalled as one about gun control. On each subsequent retelling, the storyline will grow shorter and shorter but guns will never drop from the lead.

And given the deep resistance, even among some his own party, to gun control, in political conflict over the subject will never go away.

So, if Obama means to see gun control enacted in his second term, he will never have a better chance to sell it than he will tonight. But the president had better be prepared to sacrifice much of the rest of his agenda to make this a reality.

And even then, he will have to consider whether he wants to make this his legacy project especially when voters remain bleak-minded on the economy and the world grows more dangerous by the day.

“[President Obama] will then go through the litany of all the horrible stuff that is going to happen if the sequester happens. You know, all the food stamps taken out of the mouth of babies because the Republicans are protecting the oil companies, the corporate jet owners and the rich, et cetera. The usual suspects.”