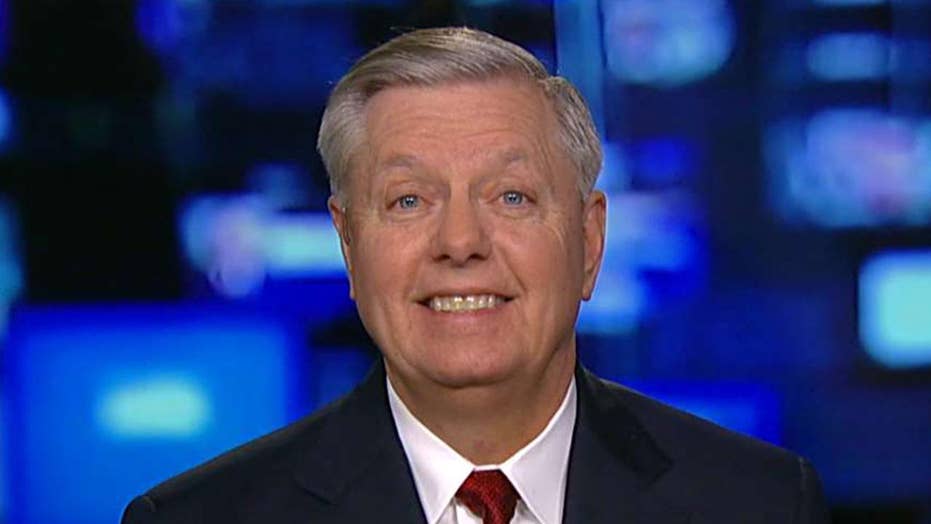 Graham: Our laws are broken and we need a barrier

Sen. Lindsey Graham said on Sunday that he is currently working on a drastic overhaul of the United States’ asylum laws in an effort to deal with the ongoing migration crisis at the country’s southern border with Mexico.

While Graham, R-S.C., agreed with President Trump’s call for more U.S. troops on the border and the need for a physical barrier, he argued that the only way to make real progress in combatting the flow of migrants over the southern border is to change laws regarding how and when the U.S. grants asylum.

If I were the president I'd send military troops to the border as soon as I could in large numbers,” Graham said during an interview on Fox News’ “Sunday Morning Futures.” “But we're never going to stop this by just having walls and troops at the border. We have to change our laws so these people stop coming.”

TRUMP DOUBLES DOWN ON PLAN TO SHIP MIGRANTS TO SANCTUARY CITIES

Graham bemoaned a number of current U.S. policies for exasperating the immigration crisis, including one that prohibits sending migrant children from a number of Central American nations back to their home country.

“We need to be sending these kids back to Central America where they come from,” he said. “So I'm going to put a legislative package together right after the break. We're going to mark it up in the Judiciary Committee and we're going to get on with solving this problem.”

Graham added: “I've got to get a package that will deter people from Central America from continuing to come, change our asylum laws, make sure you have more than 20 days to deal with an unaccompanied minor and send people back to Central America.” 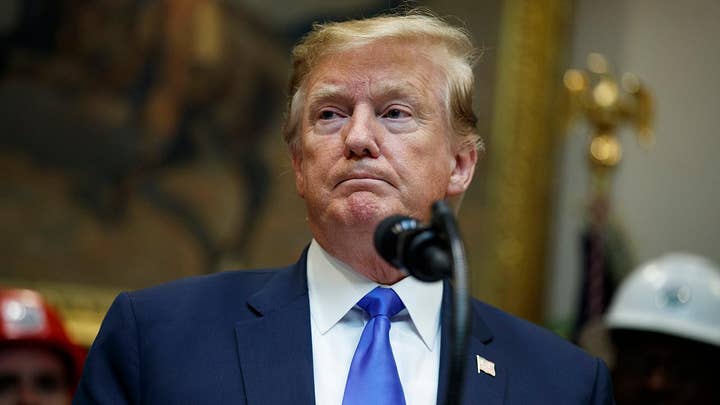 While the South Carolina lawmaker did not give an exact date to when he planned to introduce the legislation to committee when the Senate returns from break, he made clear that both the White House and Republican leaders in the Senate were reaching out to their Democratic colleagues in an attempt to gain bipartisan support for the package.

“The administration is going around Congress talking to Democrats about what they want if we do change the laws, what they would like in return,” Graham said. “I'm going to try to find a compromise here.”

He added: “What we're doing is not working, the crisis has to come to an end and the only way to bring it to an end is to change our laws and I'll be introducing a package to change the laws that attract so many illegal immigrants from Central America and hopefully we'll get democratic support. 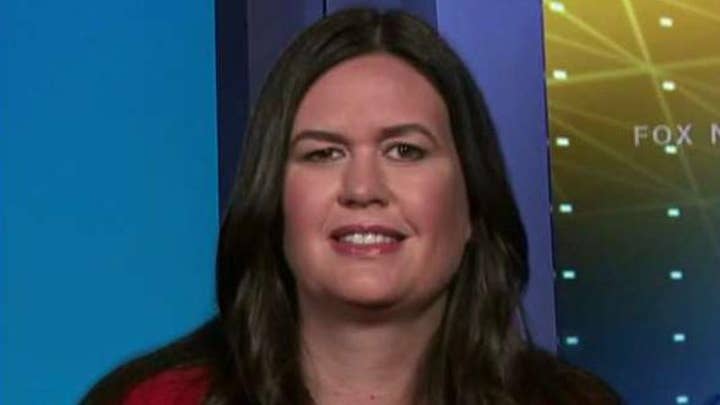 Graham’s comments come only days after Trump floated the idea to send immigrants from the border to "sanctuary cities" to exact revenge on Democratic foes.

The plan would put thousands of immigrants in cities that are not only welcoming to them, but also more likely to rebuff federal officials carrying out deportation orders. Many of these locations have more resources to help immigrants make their legal cases to stay in the United States than smaller cities, with some of the nation's biggest immigration advocacy groups based in places like San Francisco, New York City and Chicago. The downside for the immigrants would be a high cost of living in the cities.

On Sunday, White House Press Secretary Sarah Sanders said the president wants to explore a twice-dismissed proposal to send migrants to "sanctuary cities," but it was not the preferred solution to fix the straining immigration system.

“Nobody thinks that this is the ideal solution. But until we can fix the crisis at the border, we have to look at all options,” Sanders said on “Fox News Sunday.” “This is one of them. Whether or not it moves forward, that’s yet to be determined. This was raised at a staff level, initially, and pushed back on. The president wants us to explore it again, and that’s being done, and they’re doing a complete and thorough review.”