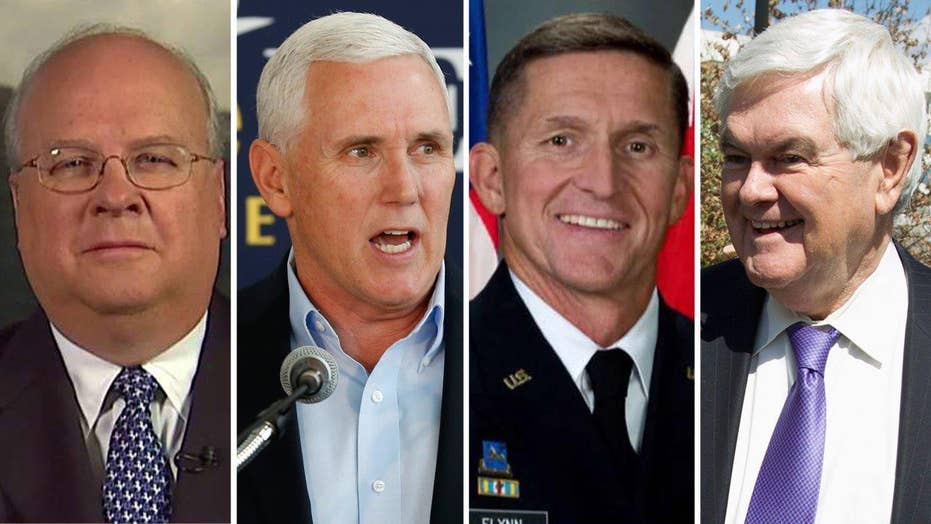 Indiana Republicans are anticipating that Donald Trump will pick GOP Gov. Mike Pence as his running mate and purportedly have plans in place if Pence drops his re-election bid to become the vice presidential nominee, Indiana Republican sources tell FoxNews.com

The Trump campaign has suggested the VP announcement will be made at the national convention starting July 18 or in the coming days.

However, Trump, the presumptive Republican presidential nominee, will perhaps have to decide on Pence by noon Friday, the deadline for the first-term governor to appear on the state November ballot as either a gubernatorial or vice presidential candidate.

The Indiana Republican Committee is apparently behind state Lt. Gov. Eric Holcomb, Pence’s gubernatorial running-mate, to become the nominee if Trump selects Pence, said the sources, who are familiar with the situation.

The speculation around Trump perhaps having already decided on Pence is largely based on the two expected to appear together Tuesday at a rally in Westfield, Indiana, followed by a private fundraiser in Indianapolis.

“Everyone here is acting as if it is happening and Pence is the pick,” Indiana Republican strategist Pete Seat told FoxNews.com on Saturday. “The speculation now, of course, is all about Tuesday. With the fundraiser here on Tuesday evening, one would think announcing it beforehand would bring in major dough. But then, 2016 has been one surprise after another.”

A GOP state committee member who asked for anonymity because he is not authorized to speak publicly on the issue said: "Every indication that has been given to members of the … committee is that Pence getting picked is a very real possibility.”

Pence officials on Saturday again acknowledged last weekend’s meeting with Trump but referred additional questions about a VP selection to the Trump campaign.

To be sure, Pence is not the only potential candidate being vetted by Trump, who in recent weeks has floated several names, held tryouts on the campaign trail and met privately with others, including Pence.

Among those potentially on Trump’s short list, in addition to Pence, are New Jersey GOP Gov. Chris Christie, Alabama GOP Sen. Jeff Sessions and former Republican House Speaker Newt Gingrich. And in the past few days, there have been published reports about retired Lt. Gen. Michael Flynn being considered.

Pence, who endorsed Texas GOP Sen. Ted Cruz for president, has tried to downplay the VP speculation by saying he’s focused on his re-election bid, but Democrats aren't buying it.

They point out that Pence previously had presidential ambitions of his own, though he ruled out a run last year after his approval rating slumped as a result of his handling of the state's religious objections law.

“Gov. Pence is wanting to move on,” said Pence's November opponent, former Democratic state House Speaker John Gregg. “He's created a mess, and he's not wanting to clean it up."

Andrew Downs, director of the Mike Downs Center for Indiana Politics, said picking Pence makes sense considering he’s a social conservative who would balance Trump and who has fundraising prowess and 12 years of experience in Congress.

However, he also pointed out that Pence could get hammered in a White House race.

“His legislative record was not that strong,” Downs said. “His time as governor has not been smooth and is easy to criticize, in spite of a number of successes.”

Though Holcomb appears to be a favorite among the state GOP establishment, the field of potential replacements if Pence is selected include such well-respected lawmakers as Evansville Mayor Lloyd Winnecke, state House Speaker Brian Bosma and Reps. Susan Brooks and Todd Rokita -- all Republicans.

“The smart choice is the man who served one of the most beloved governors in the state's history … somebody who could lead Indiana Republicans to historic gains across the state. That man is Eric Holcomb,” said GOP strategist Rob Burgess..

Seat said the state GOP party is “blessed and cursed” with such a deep bench of talent, “meaning we find ourselves picking from a group of individuals that many states would fight over.”.

However, he thinks that Holcomb, appointed to the lieutenant governor position a few months ago, has a “leg up” and acknowledges his “deep” relationships within the 22-member state committee, considering he served as state chairman alongside many of the members.