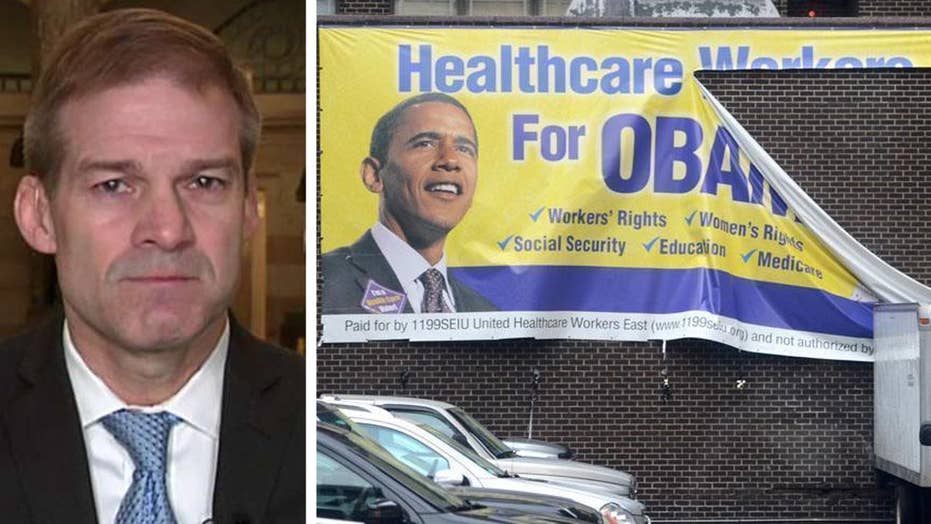 On 'Fox & Friends,' the congressman explains why his plan is the one lawmakers should pass

House Republican leaders forged ahead Wednesday on their newly released ObamaCare replacement legislation, pitching it as a first step toward fulfilling their campaign promise -- despite mounting resistance from the party’s right and center flanks and warnings that it might not have the votes to pass.

As House conservatives plan to introduce their own bill -- a so-called “clean repeal” of the Affordable Care Act -- two key committees are taking up the legislation unveiled late Monday by GOP leaders. The House Energy and Commerce and Ways and Means committees began “mark-up” sessions Wednesday morning, where lawmakers have their first chance to change and amend the plan.

This could be a contentious and drawn-out process, as GOP leaders try to convince the rank-and-file to work with the product they put forward Monday, rather than push competing legislation.

"This is a work in progress and continues to be so," Health Secretary Tom Price told Fox News’ Sean Hannity in an exclusive interview Tuesday night. "Let me make clear to people that this single bill is not the entire plan."

Price and his colleagues say the ObamaCare replacement would play out in three phases, with the legislation on the table representing Phase 1. This would be followed by regulatory changes and future legislation addressing other goals.

But House conservatives have their doubts about whether the new proposal even works as a starting point.

Conservatives have voiced specific concerns that the new plan would continue the Medicaid expansion for a few more years before a transition, replace existing insurance subsidies with a new system of tax credits and allow insurance companies to impose a surcharge for lapsed coverage.

But moderates -- in Congress and in state capitals -- also are worried that the changes could hurt the ability to extend Medicaid coverage to those who need it.

Ohio Gov. John Kasich put out a statement saying that while he opposes ObamaCare, “phasing out Medicaid coverage without a viable alternative is counterproductive.” He called on both parties to work together.

Republicans are taking up the legislation without official estimates of the proposal’s cost and coverage impact.

But President Trump and other top administration officials already have gotten involved advocating for the legislation, standing by House Speaker Paul Ryan, R-Wis., as he tries to sell it to his colleagues.

“I'm proud to support the replacement plan released by the House of Representatives," Trump said Tuesday.

Passage of the Republican bill comes down to the numbers. The GOP can only lose 21 votes before the measure fails on a party-line vote in the House.

The Freedom Caucus has a bylaw that compels its members to vote as a bloc if 80 percent of its 40-plus members feel the same on a given issue -- more than enough to derail the legislation.

Rep. Mo Brooks, R-Ala., said Tuesday he doesn’t think Ryan has the votes unless he draws Democratic support, according to The Hill.

On Tuesday, Ryan said he could “guarantee” the bill would get a majority 218 votes to pass the House.

“What we have here is an opening bid,” Sanford said.