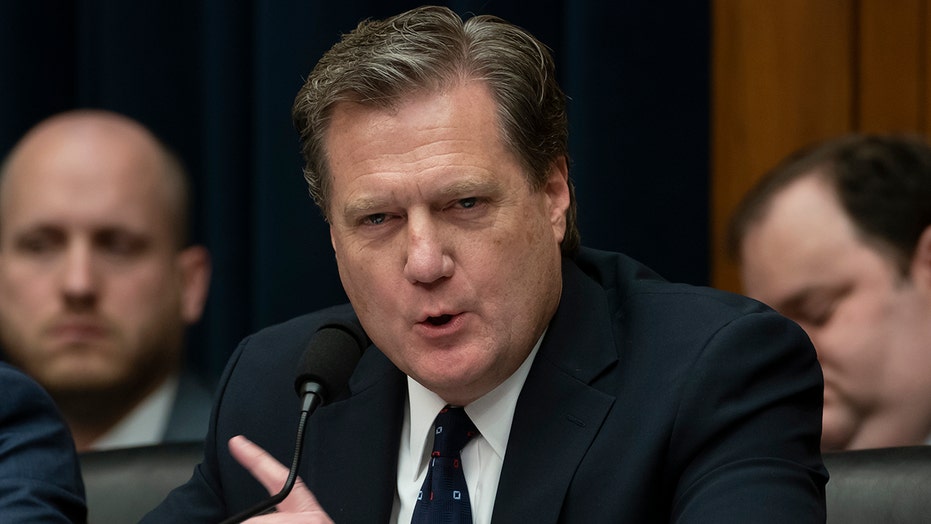 Rep. Mike Turner, R-Ohio, implored House Speaker Nancy Pelosi, D-Calif., to halt what he called “secret” impeachment proceedings against President Trump Thursday, saying: "The American public deserves to see this impeachment firsthand for themselves, not just what you, your colleagues, and your staff anonymously leak about it."

Turner, a member of the House Intelligence Committee, took particular issue with the panel's Oct. 3 transcribed interview of former U.S. Special Envoy to Ukraine Kurt Volker and subsequent media leaks that he says are in "direct contradiction with Volker's testimony."

"Nothing in that [Volker's] testimony was classified, and yet it was conducted behind closed doors and a transcript has yet to be released," Turner wrote. "The American public deserve to witness these hearings, not just receive anonymous secondhand reports ... This represents an attempt by you [Pelosi] to totally control what information the American public is receiving in reporting on this impeachment inquiry."

Republicans and Democrats present at Volker’s interview had wildly different interpretations of the information he provided. Rep. Jim Jordan, R-Ohio, told reporters after the meeting, “not one thing he [Volker] said comports with any of the Democrats' impeachment narrative.” Rep. Eric Swalwell, D-Calif., said Volker’s testimony made it clear “there was a shadow shakedown going on” in Ukraine led by Trump’s personal lawyer Rudy Giuliani.

"He was clear about that [and] reinforced exactly what President Zelensky said when he said, 'I was not pushed by the administration,'" Jordan said. "Adam Schiff won't release that. Instead, there were 67 pages of text messages. Adam Schiff took a few of those text messages and released them. Release them all." 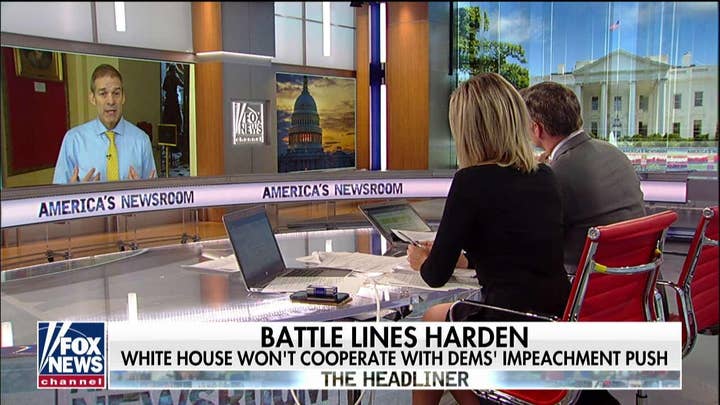 “You are robbing the American public of their right to judge for themselves the veracity and credibility of these witnesses and this investigation," Turner wrote to Pelosi. "The American public is also unable in this process to judge the professionalism, predisposition, and bias of the questioners in this inquiry."

Turner then cited a CNN report that House of Representative General Counsel Doug Letter told a federal judge that the president did not have to commit a crime to be impeached. The question came up in a hearing over a request by the House for grand jury testimony related to former Special Counsel Robert Mueller's Russia probe.

“The Constitution is clear: 'The President ... shall be removed from Office on Impeachment for, and Conviction of, Treason, Bribery, or other high Crimes and Misdemeanors.' A crime must be committed. However, your legal counsel is now trying to argue blatantly against the Constitution,” Turner wrote (emphasis original). “You have said the country is in a constitutional crisis. You are right, Madam Speaker, we are, and it is by your design and creation.” 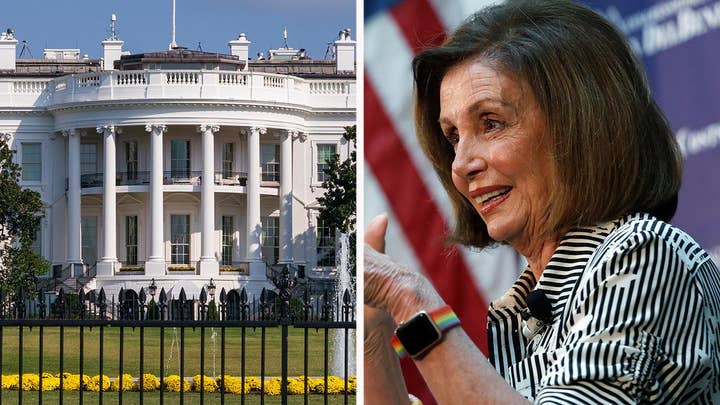 Turner also raised the issue of Schiff’s staff having contact with the intelligence community whistleblower whose complaint prompted the formal impeachment inquiry prior to the complaint being filed.

Schiff’s office acknowledged last week that the whistleblower had reached out to them before filing the complaint in mid-August, but said that Schiff himself had not had any direct contact with the whistleblower.

"The American public has a right to know the extent to which you, your colleagues, and your staff have been involved in secret discussions with the complainant on which you based your unilateral assertion of authority to commence impeachment proceedings,” Turner wrote.

“Madam Speaker, I remember firsthand watching the Nixon impeachment hearings, the congressman concluded. "Your impeachment inquiry, in sharp contrast, is being conducted in secret hearings, with potentially secret witnesses, and has a secret inception. The American public and our constitutional processes deserve transparency.”

Last month, Turner stood apart from his Republican colleagues by asserting that Trump's phone call with Zelensky was "not ok."

"Concerning that conversation, I want to say to the President: This is not OK. That conversation is not OK," Turner said during a Sept. 26 hearing with acting Director of National Intelligence Joseph Maguire. "I think it's disappointing to the American public when they read the [conversation's] transcript."