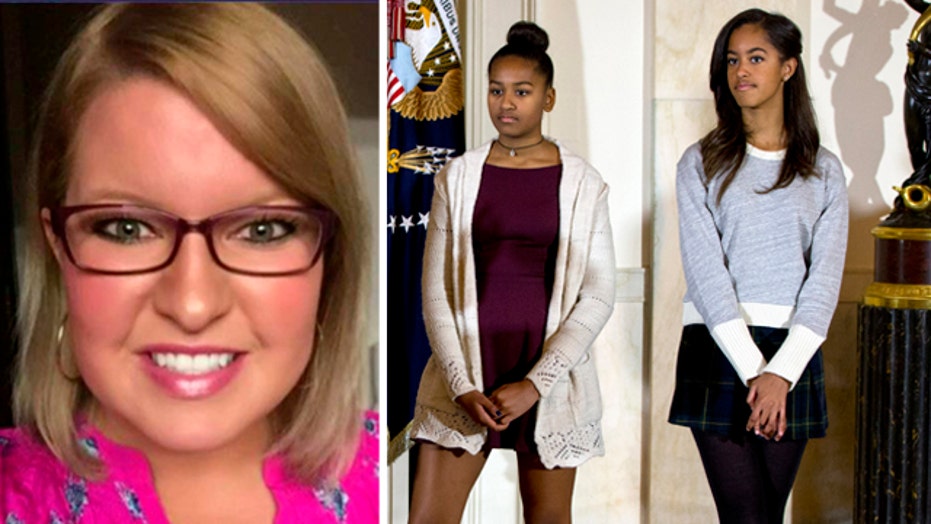 Communications director for Tennessee congressman steps down after controversial comments

Lauten, the communications director for Rep. Stephen Fincher of Tennessee, had posted on Facebook about their casual demeanor during last week’s annual White House turkey pardon. She wrote that Sasha, 13, and Malia, 16, should “try showing a little class.”

“Rise to the occasion. Dress like you deserve respect, not a spot at the bar,” Lauten wrote. “And certainly don’t make faces during televised, public events.”

Though she wasn’t the first person to comment on the behavior and appearance of the president’s children during the event, Lauten was accused of crossing the line.

Lauten caught additional criticism after her she failed to direct her first apology to Sasha and Malia.

In a second, tweaked version released on Monday, she wrote that she wanted to apologize to the teenagers and the entire Obama family.

“When I first posted on Facebook, I reacted to an article and I quickly judged the two young ladies in a way that I would never have wanted to be judged myself as a teenager,” Lauten wrote. “After many hours of prayer, talking to my parents, and re-reading my words online I can more clearly see just how hurtful my words were.”