Google CEO Sundar Pichai will not testify on Sept. 5 before the Senate Intelligence Committee, according to reports. (REUTERS, File)

On the same day that President Trump slammed social media companies for what he claimed was a bias against conservative media, a bipartisan group of lawmakers went after Google’s CEO for refusing to testify next week on Capitol Hill.

Google CEO Sundar Pichai drew widespread criticism from senators of both parties after it was announced that he would not testify on Sept. 5 before the Senate Intelligence Committee, but instead would send Kent Walker,  the company's senior vice president for global affairs, to the hearing.

“This is the United States Senate, this is an important issue, and we deserve to hear from the decision-makers, not the people who carry out the decisions," said Sen. Angus King, a Maine independent who caucuses with Democrats, according to Bloomberg.

Sen. Richard Burr, R-N.C., who chairs the committee, said that Walker was not sufficiently high up in the tech company to provide testimony before Congress, but backed away from issuing a subpoena for Pichai to appear.

Twitter CEO Jack Dorsey and Facebook’s Chief Operating Officer Sheryl Sandberg have confirmed that they will be in Washington for the hearing.

The news of the bipartisan anger at Pichai’s declining to testify caps off a rough day for Google, after Trump launched an attack on the company with an early morning tweet accusing the tech giant’s search engine of being biased against conservative media and promising that the situation “will be addressed.”

Trump reiterated his warning Tuesday afternoon in the Oval Office, saying the companies are “taking advantage of people” and warning them to “be careful.” 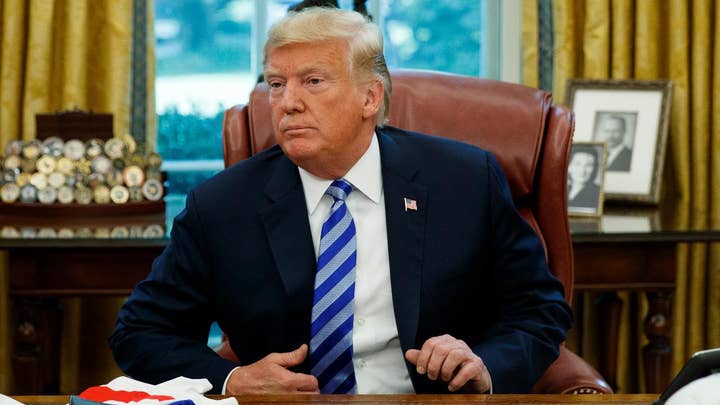 “They better be careful because you can’t do that to people,” Trump told reporters following a meeting with officials from FIFA. “Google, Twitter and Facebook are treading on really troubled territory.”

Google has denied ranking results to "manipulate" political sentiment and said the company constantly works on its algorithms to ensure users get the highest quality content on the web.

"When users type queries into the Google Search bar, our goal is to make sure they receive the most relevant answers in a matter of seconds," a Google spokesperson said in a statement. "Search is not used to set a political agenda and we don't bias our results toward any political ideology. Every year, we issue hundreds of improvements to our algorithms to ensure they surface high-quality content in response to users' queries. We continually work to improve Google Search and we never rank search results to manipulate political sentiment."

This is the first time Trump raised the issue of Google search engine’s alleged bias. Just weeks ago, Trump attacked other tech giants such as Twitter and Facebook for silencing non-left wing voices, saying “too many voices are being destroyed” and pledged to address the problem.

Facebook and Twitter have been under fire for allegedly censoring conservative and Republican accounts on their platforms, while taking a more lenient approach to liberal and left-wing users.

The president previously pointed to the problem of so-called “shadow banning” on social media platforms, where users, while technically not banned, found their posts invisible to most users.

A Google query for "Trump News" Tuesday afternoon,  following the president’s remarks, showed stories from CNN, The New York Times, Fox News and the Wall Street Journal, among others. 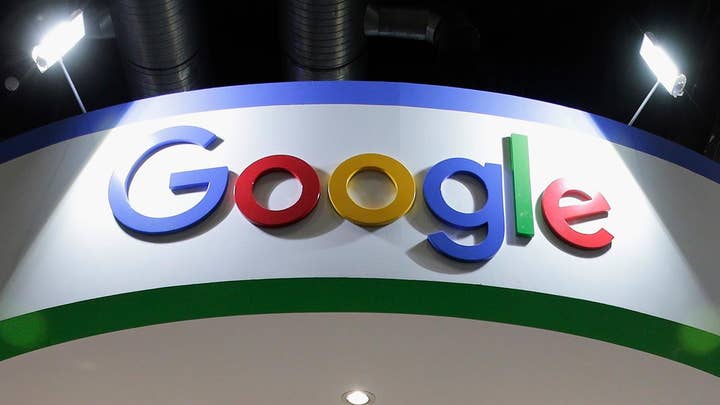 Trump and some supporters have long accused Silicon Valley companies of being biased against them. But, while some company executives may lean liberal, they have long asserted that their products are without political bias, and indeed no such bias has been proven.

Trump didn't say what he based his tweets on. But in a blog post over the weekend, conservative activist Paula Boylard had said she found "blatant prioritization of left-leaning and anti-Trump media outlets" in search results.

Boylard based her judgments on which media outlets were left- or right-leaning on a list by Sharyl Attkisson, host of Sinclair Television's "Full Measure" and author of "The Smear: How Shady Political Operatives and Fake News Control What You See, Think, and How You Vote." Sinclair is a significant outlet for conservative views.