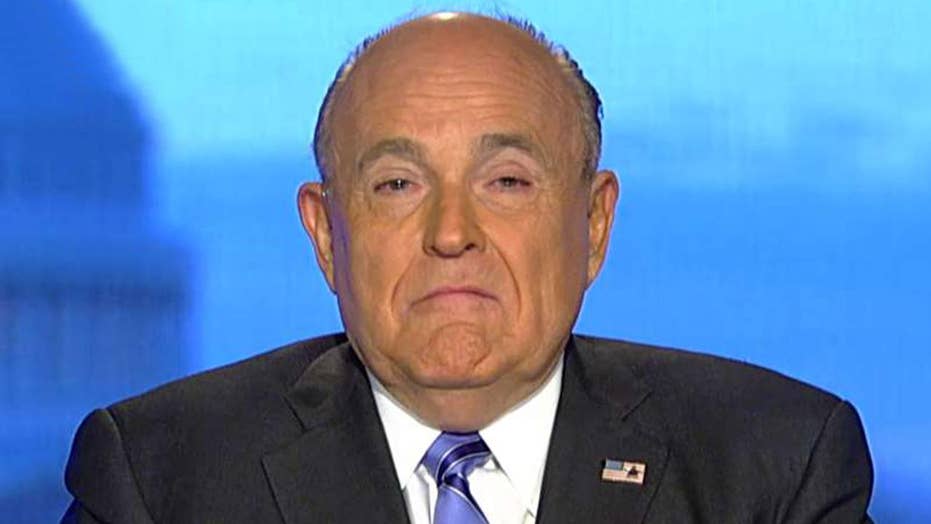 Rudy Giuliani issued a cryptic warning Monday that whoever convinced the FBI to pursue the Russia collusion investigation into the Trump campaign will soon be outed, as he also called on President Trump's "shameless" critics to apologize for their claims in the wake of the Mueller report's conclusion.

Speaking with "Fox & Friends" after the report turned in no evidence of a Trump-Russia conspiracy, Giuliani was asked whether someone tricked the FBI into opening the original investigation.

"Yes, yes, yes -- and you're going to find out, believe me, who it was," Giuliani, Trump's personal lawyer and the former New York City mayor, said. 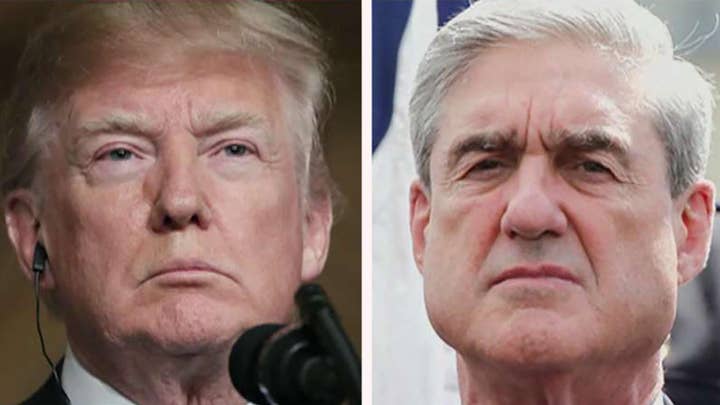 As Giuliani and other Trump allies call for an investigation into the investigators, much has already emerged about the backstory of the original Russia probe. Anti-Trump former FBI officials Lisa Page and Peter Strzok were heavily involved, as was former FBI Deputy Director Andrew McCabe. Ex-British spy Christopher Steele also compiled the controversial "dossier" on Trump and his associates that played at least some role in the investigation.

"Now the question is if there were three investigations -- no evidence of collusion -- who made it up?" Giuliani asked on "Fox & Friends" Monday morning. "It didn't just come out of thin air. I want to know who did it. Who paid for it? Who fueled it? Because the person that did it, and the group that did it, knows it's untrue because they invented it."

But Giuliani would not say if he was referring to Steele or FBI agents or someone else, stating only that his team was working on it and predicting the individual responsible would be held accountable.

He then implored Democrats to "at least stop and say 'I was wrong,'" adding that they should be happy for the country but he says they are unhappy with the findings.

"Shame on them! Shame on them!" he said, calling Trump an "innocent man" who didn't do what they accused him of doing.

Trump "has been absolved, vindicated, exonerated," given "complete vindication," the Trump lawyer said.

Giuliani blasted the 675-day investigation "conducted by people who had every motive to get [Trump] and tried every tactic -- and some I don't approve of -- to get it."

He called Mueller an "honest man," but criticized the handling of the investigation.

Democrats, meanwhile, stressed that while Mueller's report -- a summary of which was transmitted to Congress by Attorney General Bill Barr -- did not find evidence of collusion, it also did not exonerate President Trump on the issue of whether he obstructed justice. Barr and Deputy Attorney General Rod Rosenstein said they could not support such a case, but Democratic leaders want to see more documentation.

"Attorney General Barr’s letter raises as many questions as it answers.  The fact that Special Counsel Mueller’s report does not exonerate the president on a charge as serious as obstruction of justice demonstrates how urgent it is that the full report and underlying documentation be made public without any further delay," House Speaker Nancy Pelosi and Senate Democratic Leader Chuck Schumer said in a statement.

Yet Trump told reporters Sunday that the findings represented a "complete and total exoneration," calling it "an illegal takedown that failed."

"So after a long look, after a long investigation, after so many people have been so badly hurt, after not looking at the other side, where a lot of bad things happened, a lot of horrible things happened, lot of very bad things happened for our country, it was just announced there was no collusion with Russia, the most ridiculous thing I've ever heard," Trump said as he prepared to board Air Force One to return to Washington from his Mar-A-Lago estate in Florida.