President Trump's choice of campaign slogan for his 2020 re-election bid was spot on, according to former House Speaker Newt Gingrich.

Trump's decision to use "Keep America Great" was on point and contrasted with many Democrats, who Gingrich claimed Wednesday on "Hannity" want to "keep America weak."

"I thought the president's choice of 'Keep America Great' was close to perfect," he said.

"On the other side, you have a group of left-wingers who want to keep America weak, and I think the contrast for the average person by next summer -- and this is my message to House Republicans too - I think Trump could win the kind of shattering election which makes it possible to take back the House, to increase our Senate majority.

"The Democrats are setting themselves up and I think the president intuits it and he knows it's there, he's a great campaigner and I thought his kickoff was just astounding." 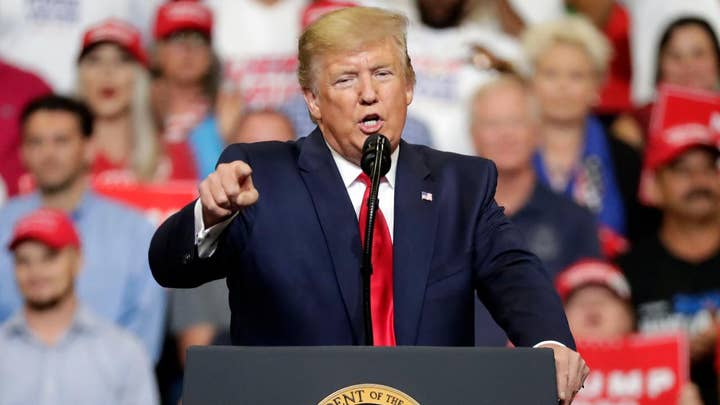 "Make America Great Again" was the best political slogan in history, but it's time for a change, Trump told the adoring audience Tuesday at his campaign kickoff rally in Orlando.

"We've made America great again, but how do you give up the number one -- call it theme, logo, statement, in the history of politics for a new one?" the president asked the crowd.

Trump claimed his presidential tenure has borne out his new campaign slogan, pointing to his administration's accomplishments.

"We have really done it," the Republican said.