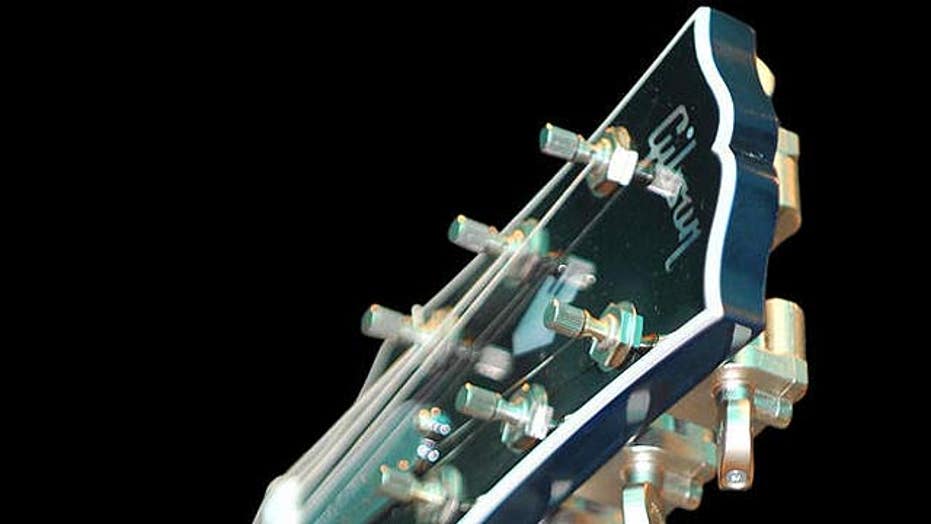 The CEO of Gibson Guitars is reviving a claim that his company was unfairly targeted by the government, on the heels of the scandal over the IRS targeting of Tea Party groups.

Gibson boss Henry Juszkiewicz, who has donated in the past to Republicans, told Fox News on Wednesday he doesn't know whether a series of raids on his company were tied at all to his political leanings. But he said "I clearly believe that someone targeted our company inappropriately."

"We were not high on the list of people you would go after, so clearly there was something else there," he said. "I think there is a system problem. And I've committed myself to fighting back for years to come."

Juszkiewicz is retelling his story after the IRS acknowledged it improperly subjected conservative groups to additional scrutiny for a period of roughly 18 months. The case has prompted lawmakers to give prior complaints of unfair treatment at the hands of various federal agencies a second look.

On the Gibson case, though, the company already reached a resolution last year with the federal government.

Gibson entered what was called a "criminal enforcement agreement" under which Gibson would not be charged. The company agreed to pay a $300,000 penalty and pay $50,000 to a federal conservation fund.

The dispute centered on a law known as the Lacey Act, which since 2008 has made it illegal to import plant products, including wood, exported in violation of another country's laws. The law was updated in an effort to target illegal logging.

However, the series of federal raids on Gibson factories in 2009 and 2011 were prompted by an issue that went beyond conservation.

The shipments of wood from Madagascar and India were deemed illegal because they were unfinished -- something those countries prohibited.

However, finished fingerboards presumably would have been legal. In the Indian case, court documents said one intercepted shipment was "falsely" labeled as finished when it wasn't.

Juszkiewicz said at the time that the U.S. government essentially went after his company because the work wasn't being done in India.

The Gibson CEO also has a history of donating to Republican candidates, including Mike Huckabee for president in 2007 and Republican Rep. Marsha Blackburn on several occasions. Juszkiewicz also gave to Democratic Rep. Jim Cooper.