Gennifer Flowers on Tuesday accused former President Bill Clinton of sexually harassing her before entering the alleged 12-year-long relationship with him in the 1970s.

Flowers, who hasn’t done an interview in six years, spoke with Fox News’ Laura Ingraham on Tuesday. She claimed that-- in retrospect-- Clinton’s first approach to her in 1977 when she was a young local news reporter amounted to sexual harassment.

“When I first met Bill Clinton, it was when I was sent on my first story by myself after my training with my cameraman,” she said on “The Ingraham Angle.” “He came on to me that night, I told him to knock it off. He proceeded to continue to come on to me for three months before I decided that I wanted to have a relationship with him, which at that point was consensual.”

In 1998, Clinton admitted while under oath to a sexual encounter with Flowers but denied that it lasted for over a decade. He testified as part of the Paula Jones sexual harassment case. 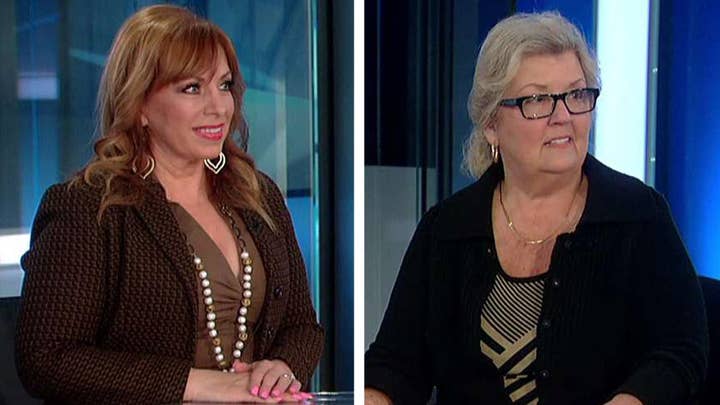 Flowers went to call for Clinton to be prosecuted for the alleged rape of Juanita Broaddrick in the 1970s.

“Like Hillary, I want to be in denial that these things could happen because I felt like that wasn’t the person that I had known. But when I met [Broaddrick] the first time, I realized she was a very genuine person and had no reason to lie about that,” she said. “I had to come to terms with the fact that he was very capable and did do that. Why shouldn’t he be prosecuted for rape as Bill Cosby has and Harvey Weinstein was just arrested?”

The Clinton Foundation and David E. Kendall, his personal lawyer, did not immediately respond to Fox News for comment.

Clinton returned to spotlight this week, promoting his new political thriller co-authored with James Patterson, “The President is Missing.” But in the #MeToo era, he’s facing hostile questions about his past controversies.

On Monday, the former president stumbled during an interview with NBC, accusing a reporter of ignoring "gaping facts" when asked about Monica Lewinsky, a White House intern he had a sexual relationship with.

He went on to downplay his misconduct and identify with the #MeToo movement.

“I like the #MeToo movement; it’s way overdue,” he said. “It doesn’t mean I agree with everything. I still have some questions about some of the decisions that have been made."