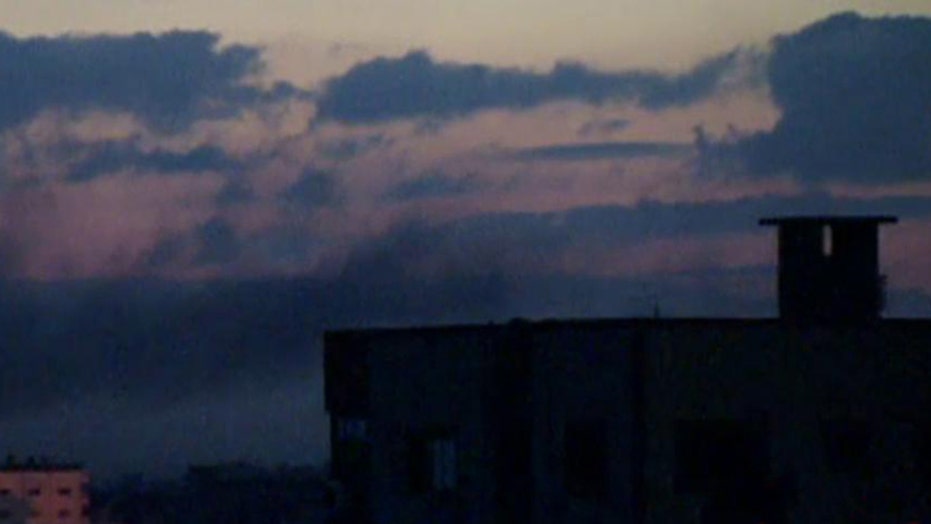 The Obama administration accused Israel on Thursday of failing to do all it can to prevent civilian casualties in Gaza during cross-border attacks.

Noting the deaths a day earlier of four boys who were killed on a Gaza beach by an Israeli strike, the State Department said the high civilian death toll in Gaza has been "heartbreaking." Three more children were killed in Gaza on Thursday.

Still, State Department spokeswoman Jen Psaki also criticized Hamas militants in Gaza who continue to fire rockets and mortars into Israel, prolonging the latest round of violence in the Mideast that has so far killed 235 Palestinians and at least one Israeli.

"I don't think we've made any secret about our strong concern about the actions of Hamas, the indiscriminate rocket attacks, the targeting of civilians," Psaki said. "And that concern remains."

Of the Gaza beach attacks that killed four cousins on Wednesday, Psaki called the attack "horrifying."

"The tragic event makes clear that Israel must take every possible step to meet its standards for protecting civilians from being killed," Psaki said. "We will continue to underscore that point to Israel."

Asked whether the U.S. believes Israel has not done enough to prevent civilian casualties, Psaki said: "We believe that certainly there's more that can be done."

Netanyahu described the "imminent threat" posed to Israel by Hamas tunnels from the Gaza Strip, and Kerry reaffirmed strong U.S. support for Israel's right to defend itself against terrorist threats from such tunnels, the statement said. "This should be a precise operation to target tunnels," Kerry said of the Israeli ground incursion into the Gaza Strip.

Kerry also emphasized the need to avoid further escalation of the fighting and to restore the 2012 cease-fire as soon as possible, the department's statement said, noting the importance of Hamas accepting this plan "as soon as possible."

U.N. Secretary-General Ban Ki-moon also urged Israel on Thursday "to do far more to stop civilian casualties," calling the killing of four boys on a beach in Gaza City "appalling."

The U.S. has been pushing plans for a cease-fire that Egypt proposed. Kerry also spoke Thursday to top diplomats in Cairo and the Qatari capital Doha to try to negotiate an end to hostilities that entered their eleventh day.

But fierce fighting between Israel and Hamas resumed almost immediately after a five-hour lull in attacks that the United Nations brokered to let Palestinians stock up on food and supplies after days of staying at home for protection. There were intermittent rocket attacks during the lull as well.

Palestinian militants fired more than 50 rockets at Israel, including a barrage at the Tel Aviv area, according to the Israeli military. Israel responded with airstrikes, including the one that killed three youngsters in Gaza City, said a Gaza health ministry spokesman.

The conflict intensified Thursday as thousands of Israeli soldiers backed by tanks invaded the Gaza Strip. That escalated a military operation that was trying to destroy Hamas' weapons arsenal, rocket-firing abilities and tunnels.

The latest wave of violence was spurred by last month's kidnapping and killings of three Israeli teenagers whose bodies were found in the West Bank, followed almost immediately by what authorities believe was a retribution attack on a Palestinian youth who was strangled, beaten and burned to death .

But tensions between Israel and Palestinian authorities have been simmering for years. They threatened to boil over earlier this spring when Israel shelved nearly nine months of peace negotiations that were being personally shepherded by Kerry after Palestinian President Mahmoud Abbas agreed to create a unity government with Hamas.