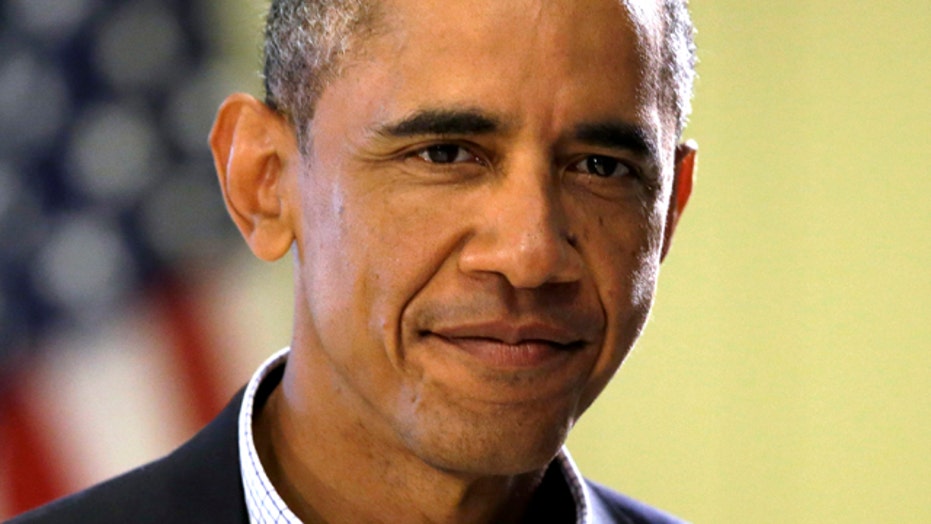 President's decision to 'go it alone' could impact midterm elections

By a more than three-to-one margin, voters would pick immigration reform that only includes a pathway to citizenship over no Congressional action at all -- if those were the only two options on the table.

A new Fox News poll finds 65 percent of voters prefer legislation that only focuses on creating a pathway for certain illegal immigrants if that’s the only action Congress takes on immigration this year.

That’s three times the number who would prefer Congress “do nothing at all” over only dealing with the illegal immigrants already here (20 percent).

And here’s something novel -- there’s a generous amount of bipartisan agreement on the issue: 76 percent of Democrats and 56 percent of Republicans say something is better than nothing on immigration reform. (And 60 percent of independents agree.)

Those who are part of the Tea Party movement are more likely to go for a pathway to citizenship (49 percent) over nothing from Congress (34 percent).

Voters under age 35 (73 percent) are more likely than those ages 65+ (60 percent) to favor a pathway to citizenship.

While 31 percent of voters approve of how President Obama is dealing with the crisis on the southern border, nearly twice as many -- 57 percent -- disapprove. That’s almost identical to his ratings on the crisis last month (31-56 percent).

Thousands of unaccompanied children from Central America have illegally crossed the Mexican border into the United States since October.

Democrats lean more toward seeing it as an immigration issue, while Republicans are more likely to take the opposite view.

When asked to rate Obama’s job performance on immigration generally (beyond the border crisis), 33 percent of voters approve and 57 percent disapprove. That’s mostly unchanged from last month (34-58 percent). Being “under water” by 24 percentage points makes immigration one of his worst issues.

The Fox News poll is based on landline and cell phone interviews with 1,001 randomly chosen registered voters nationwide and was conducted under the joint direction of Anderson Robbins Research (D) and Shaw & Company Research (R) from August 10-12, 2014. The full poll has a margin of sampling error of plus or minus three percentage points.