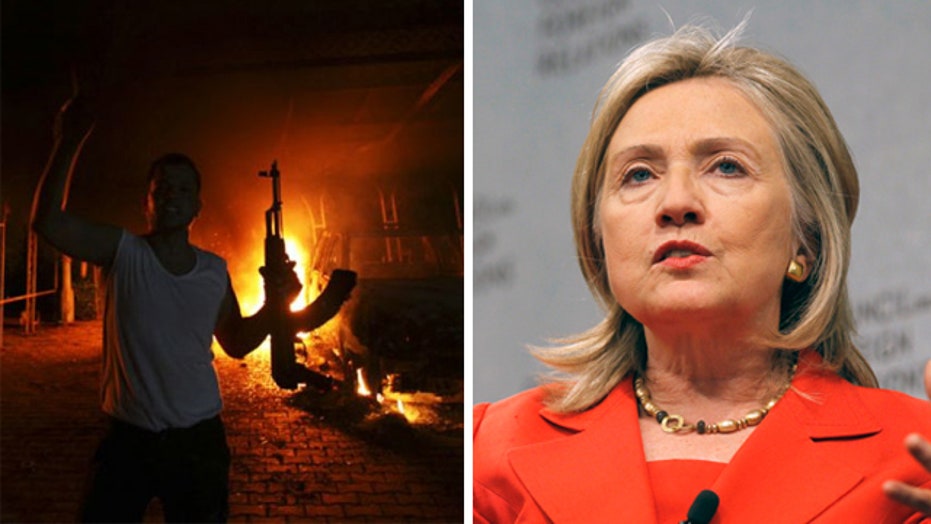 Majorities of American voters blame former Secretary of State Hillary Clinton and President Barack Obama for what happened at the U.S. consulate in Benghazi.

The 2012 terrorist attack took place on the anniversary of September 11 and resulted in the deaths of four Americans, including a U.S. ambassador, at the diplomatic facilities in Benghazi, Libya.  A new bipartisan Senate intelligence committee report found that the attacks were preventable and that the State Department, headed by Clinton at the time, had failed to increase security at the U.S. consulate there.

Sixty percent of voters blame Clinton for what happened, according to a Fox News poll released Thursday.  That includes 28 percent who blame her “a great deal” and another 32 percent who say she deserves “some” blame.

One voter in five says that the leaders are “not at all” responsible.

Among independents, about six in ten think Clinton (62 percent) and Obama (64 percent) are at least somewhat responsible.

In public statements soon after the assault, Obama administration officials falsely claimed it was a spontaneous reaction to an offensive video, even though they had intelligence reports that the attacks were connected to terrorist groups tied to al Qaeda.  The new poll asks voters what they think motivated the administration’s misleading statements.

About half think it was to protect Obama politically (49 percent).  The rest split between saying the White House just made a “mistake” (22 percent) and that they did it to protect America (19 percent).

Republicans (74 percent) are far more likely than independents (46 percents) and Democrats (26 percent) to think the administration was protecting Obama politically.

The Fox News poll is based on landline and cell phone interviews with 1,010 randomly chosen registered voters nationwide and was conducted under the joint direction of Anderson Robbins Research (D) and Shaw & Company Research (R) from January 19-21, 2014.  The full poll has a margin of sampling error of plus or minus three percentage points.