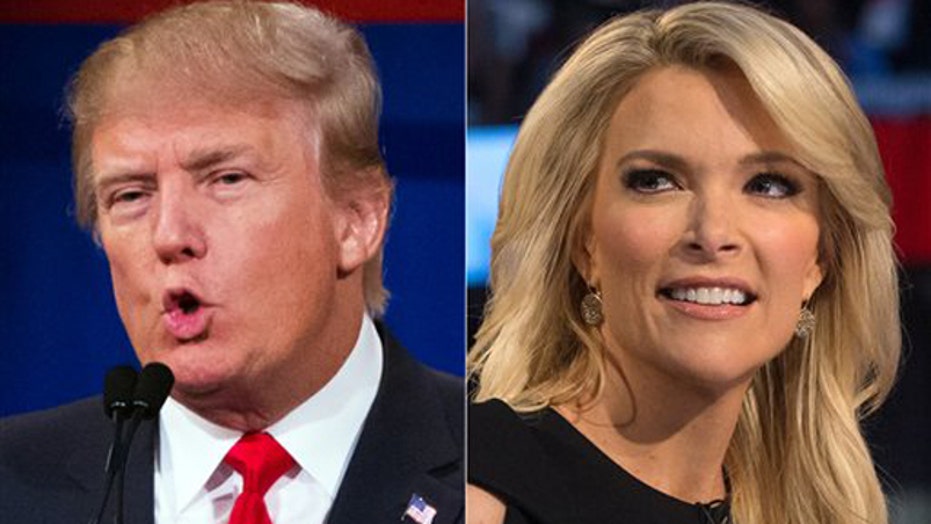 “Apparently Mr. Trump thought the question was unfair and I was attacking him,” “The Kelly File” host told viewers Monday. “I felt he was asked a tough but fair question. We agree to disagree.”

Kelly, who called Trump an “interesting man that has captured the attention of the electorate,” decided not to respond to personal attacks he’d lodged against her, saying “I certainly will not apologize for doing good journalism.”

“Mr. Trump, I expect, will continue with what has been a successful campaign so far,” said Kelly. “This is a tough business and I think it’s time now to move forward.”

"Roger Ailes just called. He is a great guy & assures me that 'Trump' will be treated fairly on @FoxNews. His word is always good!" wrote Trump, whose unorthodox campaign is dominating the race and summertime polls.

In a statement Monday evening, Ailes described the conversation as "blunt but cordial" and said the air had been cleared.

"Donald Trump and I spoke today. We discussed our concerns, and I again expressed my confidence in Megyn Kelly," Ailes said, describing Kelly as "a brilliant journalist" whom he supports "100 percent."

Ailes added that he assured Trump "that we will continue to cover this campaign with fairness & balance."

Trump is scheduled to return to the network Tuesday, with appearances on two of the network's shows, "Fox & Friends" and "Hannity," a Fox News spokeswoman said.