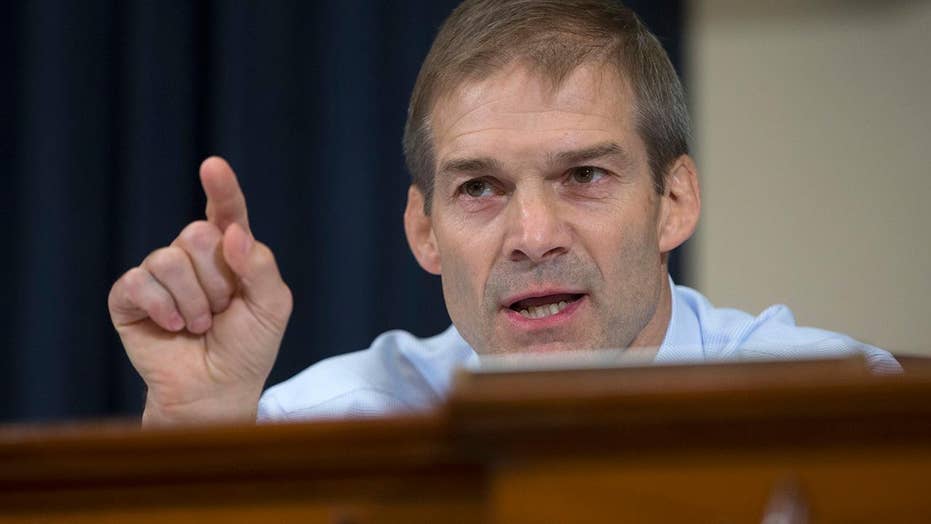 Jim Jordan speaks out in Fox News interview after being accused of ignoring claims of sexual abuse during his time at Ohio State.

A group of former Ohio State wrestling coaches is defending embattled Republican Rep. Jim Jordan amid reports that he failed to report sexual abuse against students by a team doctor when the lawmaker coached at the university more than two decades ago.

“What has been said about Jim Jordan is absolutely wrong,” the coaches, which include former OSU wrestling head coach Russ Hellickson, said in a joint statement Monday.

“We all worked on the wrestling coaching staff during Jim’s tenure at The Ohio State University. None of us saw or heard of abuse of OSU wrestlers. The well-being of student-athletes was all of our concern. If we had heard of any abuse, we would have spoken up.”

Jordan, who worked as an assistant wrestling coach at the school between 1986 and 1994, was accused by former Ohio State wrestler Mike DiSabato of having known about alleged abuse of athletes by Dr. Richard Strauss, who worked as the team doctor from the mid-1970s to late 1990s.

DiSabato, who was one of the first victims to report the alleged abuse that prompted Ohio State to open its own investigation, said he was disappointed by Jordan’s response since and charged that the lawmaker was more interested in his own personal gain than the safety of the athletes.

“He knew, did know, and it’s very disappointing that he has now denied knowledge, not once, but twice,” DiSabato said, according to the Dayton Daily News.

Jordan has vehemently denied the claims by DiSabato and other former athletes that he knew of Strauss’ sexual misconduct, calling the allegations “bogus” during an interview with Fox News’ Bret Baier last Friday.

Several former wrestling coaches at OSU and other schools released their own statements backing Jordan on Monday.

“I fully believe that Jim did not know of any allegations of sexual abuse by Dr. Richard Strauss at the Ohio State University. Jim is a leader that was very protective of his athletes,” Rex Holman, a former OSU assistant coach, said in a statement.

But Jordan’s denial has been met with incredulity from some former wrestlers at Ohio State.

“I remember I had a thumb injury and went into Strauss’ office and he started pulling down my wrestling shorts,” Dunyasha Yetts, who wrestled at Ohio State in 1993 and 1994, told NBC News. “I’m like, what the f--- are you doing? And I went out and told Russ and Jim what happened. I was not having it. They went in and talked to Strauss.”

Dr. Richard Strauss, who worked as the team doctor from the mid-1970s to late 1990s, is accused of abusing student-athletes at Ohio State University. (The Associated Press)

“For God’s sake, Strauss’s locker was right next to Jordan’s and Jordan even said he’d kill him if he tried anything with him,” Yetts said.

Male athletes from 14 sports at Ohio State have reported alleged sexual misconduct by Strauss, who was on the faculty and medical staff and published a variety of research.

Ohio State has not released details about the claims but said more than 150 former students and witnesses have been interviewed so far. The school has urged anyone with information about Strauss to contact the independent investigators from Seattle-based law firm Perkins Coie.

A statement from the school said it is "deeply concerned for everyone who may have been affected by his actions" and remains "steadfastly committed to uncovering the truth."

Strauss died in 2005, and his death was ruled a suicide.

Fox News' Matt Richardson and The Associated Press contributed to this report.