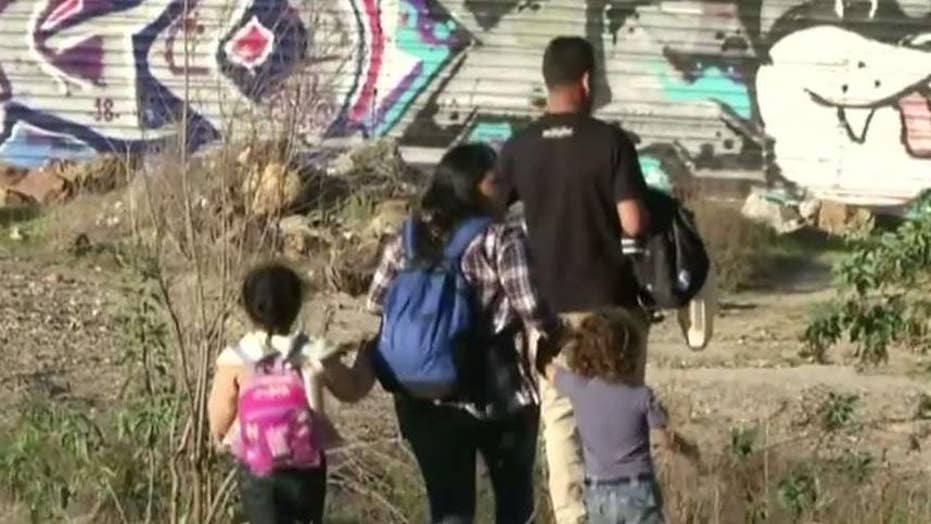 Over 100,000 migrants apprehended or turned away at southern border in April

The Trump administration wanted to target migrant families that had crossed into the U.S. from Mexico in attempt to show that the U.S. wasn't going to back down on its border stance by detaining and deporting illegal immigrant families, The Washington Post first reported, citing several current and former Homeland Security officials.

The operation included fast-tracking immigration court cases and allowing the U.S. to deport those who failed to show up in their hearings as well as coordinating raids against parents with children in several cities, including New York, Chicago, Los Angeles and several other major metropolitan areas, Fox News confirmed.

Nielsen and top immigration official Ronald Vitiello pushed back on the administration’s plan, citing lack of preparation, public outrage and worries that the operation could use border resources. Stephen Miller and ICE Deputy Director Matthew Albence were supportive of the plan arguing that such an operation could deter migrants from crossing into the U.S., according to The Washington Post.

Nielsen and Vitello’s were concerned over the operation and logistics over the plan and not the ethical reasons behind it, according to the newspaper. Nielsen also worried that targeting parents and children might detract from the White House’s goal of going after so-called “criminal aliens.”

“There was concern that it was being hastily put together, would be ineffective and might actually backfire by misdirecting resources away from critical border emergency response operations,” a Homeland Security official told The Washington Post.

Nielsen and Vitello’s push back was reportedly part of the reason why Trump pushed both officials out of the administration.

Neither Homeland Security nor the U.S. Immigration and Customs Enforcement have commented on the report. Miller, through a White House spokesman, declined comment to The Post.

Nielsen left her position after only 16 months on the job. The Associated Press, citing two sources, reported that Nielsen had been frustrated with the difficulty of getting other departments to help deal with the growing number of families crossing the southwestern border.