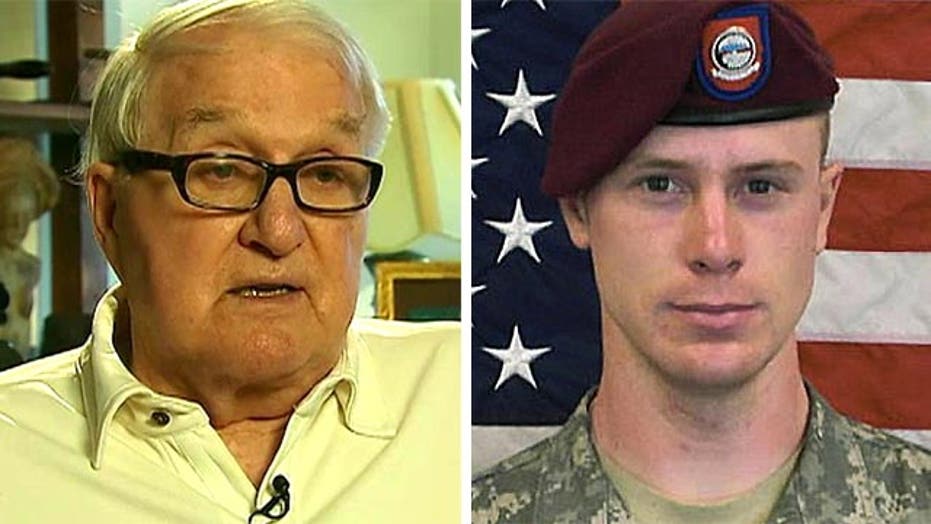 EXCLUSIVE: Sgt. Bowe Bergdahl was apparently “high” with a small group of Afghan soldiers when they were picked up by nomads in 2009, according to a former CIA operative who was running a network of informants on the ground.

The information brings some additional detail to the otherwise murky picture of the circumstances of Bergdahl’s disappearance and capture, five years before the Obama administration traded five Guantanamo prisoners for Bergdahl’s freedom. The former CIA operative told Fox News Bergdahl was captured along with others, and sold to the Haqqani terrorist network in Pakistan within four days.

"The call came in and what it said was they had just broken out the message that an American soldier along with two or three Afghan soldiers had been captured or taken by a group of nomads,"Duane 'Dewey' Clarridge told Fox News, speaking for the first time publicly about the incident.

He added that the call said, “they were using the Pashto ‘diwana,’ which in this case meant high on hashish."

At the height of the Afghan war, Clarridge says he set up a network of informants to secure the release of a western journalist. Sometime after midnight, on June 30, 2009, the network came across surprising information about this other case.

Initially, Clarridge -- a 30-year veteran of the CIA who was involved in Iran-Contra -- said he had no idea who the soldier was until his informants reported that Army search teams were scouring the Afghan villages, calling out an unusual name.

"The patrols were moving around aggressively and were shouting ‘Bowe Bowe,’ and the guys down-range wanted to know, what was Bowe?” Clarridge explained. “It was at that point, we were told that the soldier was Bowe Bergdahl."

The unclassified information -- that Bergdahl was apparently high, and held by Afghan nomads, before being sold to the Haqqani terrorist network across the border in Pakistan -- was passed through the proper intelligence channels and pushed forward into Afghanistan.

Asked whether the revelations factored into the White House's decision to swap Bergdahl for the Taliban Five, there was no denial.

"There is an ongoing military justice inquiry into the circumstances of his disappearance, and I don't want to say anything about that ongoing investigation that may in any way interfere,"White House spokesman Josh Earnest said.

Within four days of the initial on-the-ground intelligence reporting, Bergdahl had apparently been sold to the Haqqani terrorist network, and was well beyond U.S. government reach in Pakistan.

"[Operatives on the ground] had an opinion that the nomads would try and sell the soldiers probably to the Haqqanis. ... I can't say precisely, but I think it was certainly within four days and maybe less," Clarridge said, though he added the opinion was not shared by the CIA and other U.S. intelligence agencies, and the dangerous village-to-village search continued.The death of six American soldiers at that time is publicly linked to the Bergdahl search.

Bergdahl's military hearing in Texas for alleged desertion was pushed back until September. His lawyer Eugene Fidell declined to answer questions from Fox News for a second time.