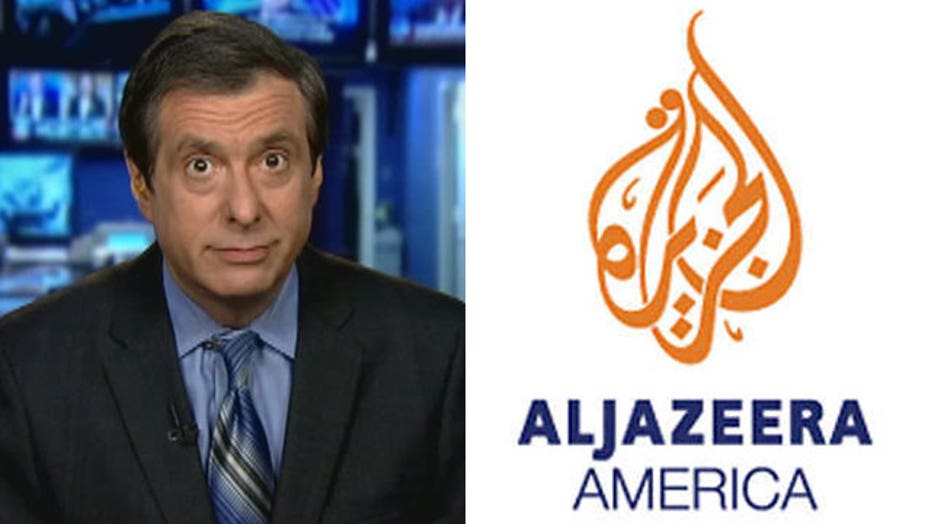 Kurtz: Inside the chaos at Al Jazeera America

It’s been a rough time for al-Jazeera, which has been rocked by internal chaos and never really established much of a foothold in this country.

The embattled CEO of al-Jazeera America, Ehab al-Shihabi, recently resigned under pressure in the face of low ratings and a former employee’s lawsuit alleging an atmosphere of racism, sexism and anti-Semitism.

Now comes a devastating piece by the former Cairo bureau chief for al-Jazeera English, saying he was “duped” by the organization and now faces the possibility of prison.

It is a dramatic narrative of danger and disillusionment, made all the more riveting by the high stakes involved.

Mohamed Fahmy, writing in the New York Times, says he already spent 412 days in detention in Egypt until his conviction on charges of secretly belonging to the Muslim Brotherhood was overturned. He is now facing a retrial as an ex-exmployee of al-Jazeera, which is owned by the royal family of Qatar.

The Egyptian government banned al-Jazeera’s Arabic service in 2013, after toppling the Brotherhood-backed president, Mohamed Morsi, “because it was perceived as a Qatari-sponsored propaganda mouthpiece for the Brotherhood,” Fahmy says. He thought the English-language service would be exempt because it practiced, you know, journalism.

While Fahmy isn’t happy with the Egyptian prosecutors, he says his anger “is aimed at my employer, Al Jazeera. The network knowingly antagonized the Egyptian authorities by defying a court-ordered ban on its Arabic-language service. Behind that, I believe, was the desire of the Qatari royal family to meddle in Egypt’s internal affairs.”

This is always what al-Jazeera’s critics have claimed, that what was marketed as a news organization was being used for political purposes.

Fahmy is suing al-Jazeera for $83 million in Canada, where he also holds citizenship.

But is this just a dispute about business and geopolitics in which Fahmy got caught in the middle? Nope:

“I soon had concerns that Qatar was compromising our journalism. Against my objections, the Arabic station redubbed our English-language news packages with inflammatory commentary.” So much for balanced journalism.

His management in Doha “also neglected to tell me that it was providing Brotherhood activists in Egypt with video cameras and paying them for footage, which it then broadcast, without explaining its political provenance, on the banned Arabic channel.”

In the end, he says, “I have come to understand that Al Jazeera’s noble-sounding claims are nothing but a glossy whitewash.”

It would be one thing if Fahmy were making these allegations in isolation. But the details of the earlier lawsuit are just as chilling.

That suit accused a top executive at the two-year old al-Jazeera America of such anti-Semitic comments as, “Whoever supports Israel should die a fiery death in hell.” It also alleged that women had been arbitrarily removed from projects and excluded from meetings and email on the basis of gender.

Separately, al Shihabi threatened to sue and bankrupt one of the organization’s most respected journalists, former CNN anchor Ali Velshi.

Al Shihabi called the lawsuit’s allegations “absurd” and said the company does not tolerate discriminatory conduct. Days later, he was gone.

Others left in disgust, including former top CBS executive Marcy McGinnis, who had been the channel's senior vice president for news gathering.

“I didn’t want to be there anymore because I didn’t like the culture of fear," she told the Times last month, saying the newsroom was in “disarray behind the scenes.”

During the backstage turmoil, al-Jazeera America’s ratings have been abysmal, with the channel averaging 30,000 viewers a night.

Despite hiring some good journalists, the place has never lived up to its lofty promises of in-depth journalism. And its credibility has to suffer when former insiders like Mohamed Fahmy now say they were “duped.”