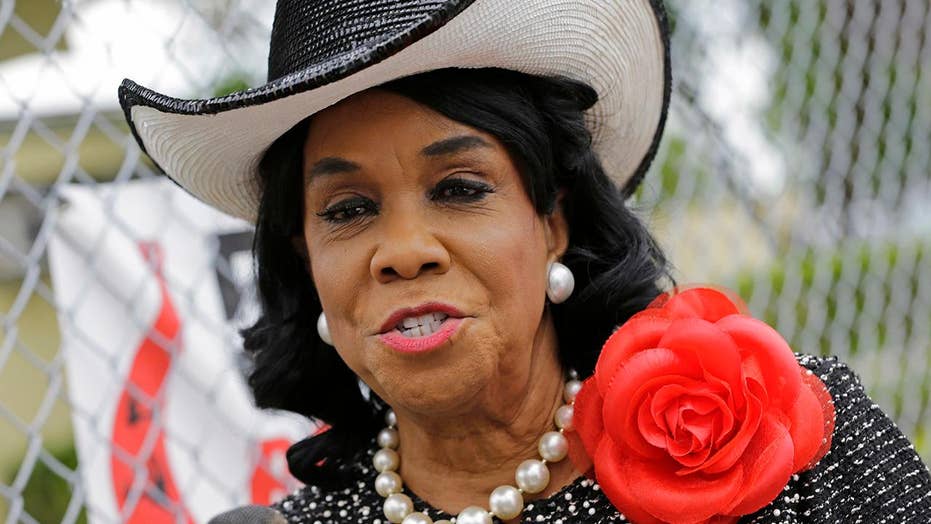 Dem who slammed Trump voted against measures to help vets

The Florida Democrat who criticized President Donald Trump this week for being "insensitive" toward the widow of a U.S. soldier slain in Africa might be facing similar criticism herself.

It turns out that U.S. Rep. Frederica Wilson has frequently voted against measures intended to help veterans and their families, according to VoteSmart.org, a vote-tracking site whose founding board members included former presidents Jimmy Carter and Gerald Ford.

The measures that Wilson opposed included a bill that could have ensured that families of four soldiers slain in Afghanistan in 2013 received death and burial benefits.

In fact, Wilson’s voting record on veterans issues may call into question the sincerity of her recent defense of U.S. service members and their families.

Despite Wilson's claim to be “committed to honoring our service members, not only with words but with deeds,” she has voted against most bills ensuring continued funding for veteran benefits, including payments to widows of fallen soldiers, the vote-tracking site shows.

She has also opposed measures designed to improve the Department of Veterans Affairs.

In March 2013, Wilson opposed the “Consolidated and Further Continuing Appropriations Act,” which prevented a government shutdown and provided funds for the U.S. military and the VA.

The bill, which passed with bipartisan support and was signed into law by the Obama administration, provided funding to the military and the VA until the next government shutdown showdown.

U.S. Rep. Frederica Wilson, D-Fla., stands by her statement that President Donald Trump was "insensitive" toward the widow of a U.S. service member who was slain in Africa. Wilson is seen in Miami Gardens, Fla., Oct. 18, 2017. (Associated Press)

Later in the year, Wilson again voted against a resolution aimed at ensuring benefits paid to the veterans and their families would not be affected by the government shutdown in October that year.

The motion was particularly important in the wake of reports that the families of four soldiers slain in Afghanistan in 2013 had been deprived of benefits due to the shutdown in Washington.

The families of slain soldiers were denied burial benefits and up to $100,000 to each family, among other benefits, the New York Times reported. Wilson voted against the resolution ensuring that the benefits reached the families.

Defense Department spokesman Carl Woog said the department did not have “the authority to pay death gratuities and other key benefits for the survivors of service members killed in action” due to the government shutdown.

Wilson's office has not responded to a Fox News request for a comment.

The former elementary school principal, who first came to Congress in 2011, has been portrayed this week as a staunch defender of the military and military families after accusing the president of being “insensitive” toward Myeshia Johnson, widow of Sgt. La David Johnson, one of four service members who were killed last week in the African nation of Niger.

According to Wilson, Trump told the grieving widow that her husband “knew what he signed up for ... but when it happens, it hurts anyway.” But Trump, in a response on Twitter, said Wilson had “totally fabricated what I said.”

The congresswoman has stood by her account of the call.