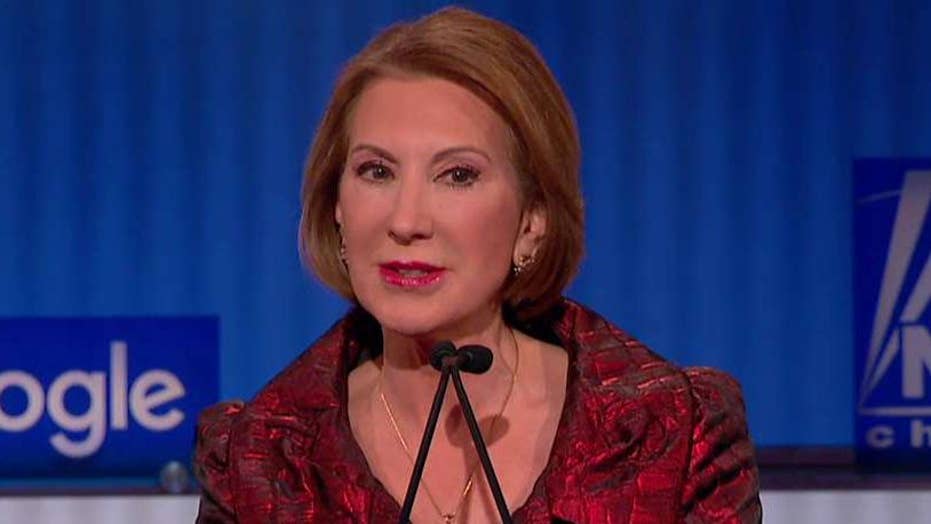 Carly Fiorina joined fellow Republican candidates in taking up the mantle of veterans during Thursday's evening Republican debate, vowing to fire hundreds of senior VA officials if she wins the White House.

Fiorina, the former HP CEO, said she is appalled by the VA’s failure to fire officials in the wake of myriad scandals plaguing the agency over the last few years.

“When we know 307,000 veterans have died waiting for health care and the VA gave out $142 million in bonuses for superb performance, I’m going to start by firing 400 senior executives at the VA,” she said at the Fox News/Google debate.

Fiorina has been using that 307,000 number throughout the campaign but fact checkers have pointed out that it is inaccurate.

The VA has said that 307,173 of the 867,000 veterans with pending health care applications had died, but poor recordkeeping made it unclear whether they had died “waiting for care,” died much earlier, or if they even applied for care.

Candidate Jim Gilmore also made a strong pitch for veterans during his opening statement. But he said he would not be attending a veterans event being held later that night by Donald Trump, who is not attending the prime-time debate.