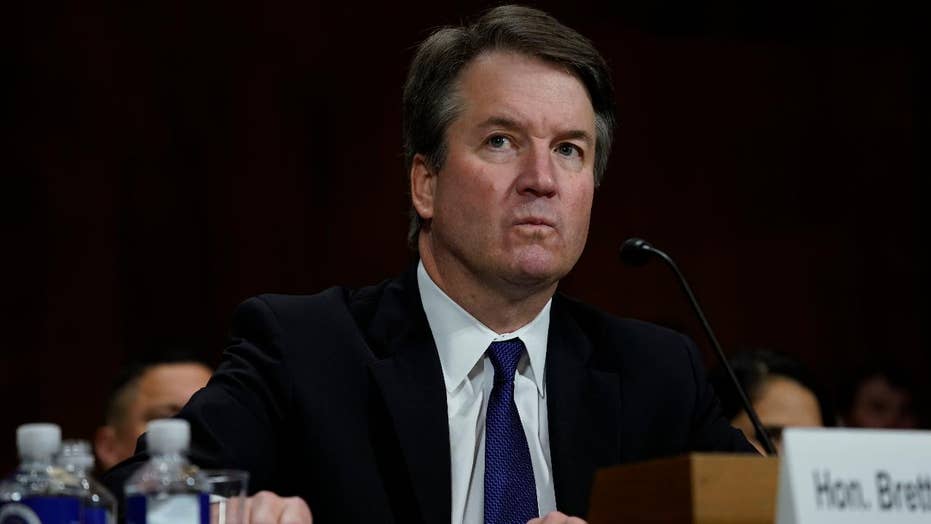 The FBI may wrap up its investigation into misconduct accusations against Supreme Court nominee Brett Kavanaugh as soon as late Wednesday, a source tells Fox News, potentially clearing the way for a final Senate vote on his confirmation within days.

If the FBI's report is indeed delivered to the White House on Wednesday, Fox News expects a vote on Kavanaugh's confirmation could come as soon as Saturday. Senate Majority Leader Mitch McConnell, R-Ky., must first satisfy a number of procedural and parliamentary hurdles before a vote can be held, including filing a cloture petition (which must remain pending for a full day) in order to formally end debate on Kavanaugh's nomination. McConnell has vowed to hold a vote by the end of the week.

The FBI's conclusions have been hotly anticipated since Friday, when Sen. Jeff Flake, R-Ariz., insisted on an additional review by the agency in a dramatic Judiciary Committee hearing. Top Democrats had demanded the FBI interview more than two dozen witnesses as part of the investigation, saying a time-limited, narrow probe -- which Flake had requested -- would lack legitimacy.

However, McConnell, R-Ky., characterized those requests as transparent stall tactics in a fiery floor speech on Monday.

"If you listen carefully, Mr. President, you can practically hear the sounds of the Democrats moving the goalposts," McConnell said. He added later: "Their goalposts keep shifting. But their goal hasn't moved an inch. Not an inch.

"Do these actions suggest this has ever been about finding the truth?" McConnell asked. "Anybody believe that?"

SWETNICK EX-BOYFRIEND: SHE THREATENED TO MURDER MY UNBORN CHILD WHEN I BROKE UP WITH HER

The uncorroborated sexual misconduct allegations against Kavanaugh have faltered in recent days, as the credibility of his three most prominent accusers -- Christine Blasey Ford, Deborah Ramirez and Julie Swetnick -- has come under question. Democrats increasingly have focused their arguments on Kavanaugh's temperament during Thursday's hearing, as well as whether he lied under oath about references in his high school yearbook. Kavanaugh also acknowleged sometimes having "too many" beers in high school and college, and some Democrats have suggested he lied by not going further and admitting that he had "blacked out." 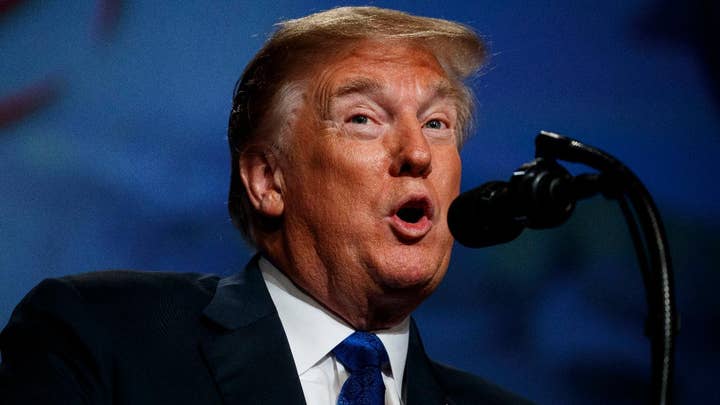 The FBI's report is virtually sure to spark more of the partisan angst it was ostensibly intended to quell. Ford's legal team complained publicly on Tuesday that the FBI had not reached out to her. Ford, who said Kavanaugh forcibly assaulted her at a house gathering more than three decades ago, testified at length under oath on Thursday.

Also on Tuesday, John Clune, who represents Ramirez, said that his client spoke with the FBI for more than two hours on Sunday and had provided them with additional witnesses to contact. However, Clune wrote on Twitter, he is not aware that the FBI has reached out to those individuals, and he voiced his "great concern that the FBI is not conducting—or not being permitted to conduct—a serious investigation."

“The FBI conducts background investigations in accordance with the agency’s standard operating procedures, and it has done so six previous times for Judge Kavanaugh," Grassley wrote. "I’m confident that the FBI agents tasked with this responsibility will not succumb to public political pressure or politicians telling the agency how to do its job. Respectfully, the career public servants and professionals at the FBI know what they’re doing and how best to conduct a background investigation."

"The career public servants and professionals at the FBI know what they’re doing."

In a memo released Sunday, experienced sex-crimes prosecutor Rachel Mitchell flagged numerous inconsistencies in Ford's testimony, saying that her case against Kavanaugh was even weaker than the typical "he said, she said" scenario. Specifically, Mitchell noted that Ford repeatedly changed her story as to the number of people at the party where she allegedly was assaulted, and could not remember certain key details like how she got home or whether she had given her therapist notes to The Washington Post just two months ago.

None of the witnesses Ford named as present at the house, including her lifelong best friend, has backed her claims. Additionally, Ford admitted under questioning by Mitchell that she travels regularly on airplanes, even though her team had cited a fear of travel as a reason she could not promptly come to Washington, D.C. to testify. Ford also indicated under oath she was not aware that Senate Republicans had publicly and privately offered to fly to California to interview her -- a disparity that Sen. Lindsey Graham, R-S.C., vowed to investigate.

And Swetnick seemingly has changed her story on whether she had first-hand knowledge that Kavanaugh intentionally plied women with alcohol so that they could be gang-raped decades ago. One of Swetnick's ex-boyfriends also has questioned her credibility, exclusively telling Fox News that she once threatened to murder his unborn child and "exaggerated everything" to get attention.

A separate ex-boyfriend has also said in a sworn statement to the Judiciary Committee that he does not believe Swetnick, and claimed that Swetnick's father intimated she has mental health issues.

Swetnick's lawyer, Michael Avenatti, has called repeatedly for the FBI and Senate investigators to interview his client, even as major inconsistencies in her account continued to surface Tuesday. Swetnick was sued in 2000 by her former employer for allegedly falsifying her educational experience, and she also was accused of fabricating sexual harassment episodes.

On Tuesday, Mike Davis, who works as the nominations counsel for Grassley, reportedly told Avenatti: "We have already reviewed your client's allegations. We focus on credible allegations. Please stop emailing me."