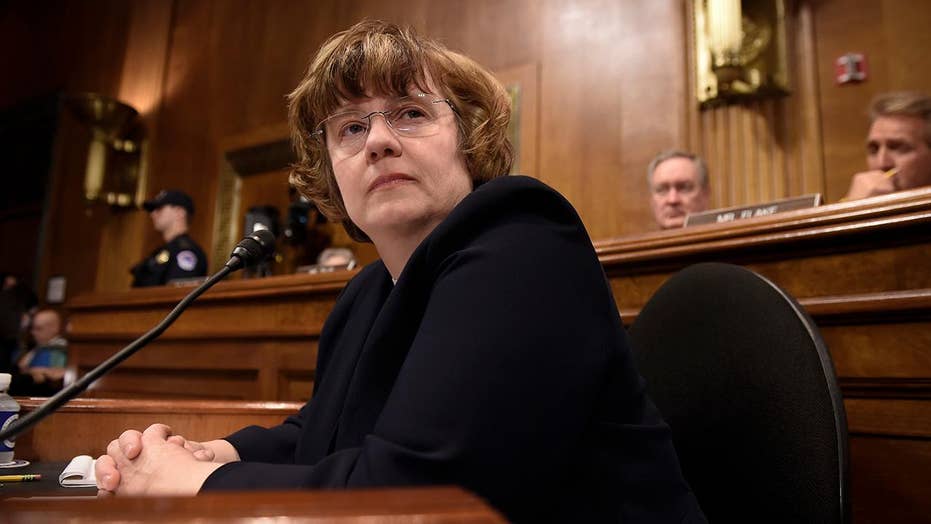 Rachel Mitchell says she would not bring criminal charges in a new memo; Mike Emanuel reports from Capitol Hill on the reaction to the FBI investigation.

Rachel Mitchell, the sex-crimes prosecutor who questioned Dr. Christine Blasey Ford last week, wrote in a memo released late Sunday that there were inconsistencies in Ford's testimony and that -- given the information at hand -- she would not bring criminal charges against Judge Brett Kavanaugh.

Mitchell, who was hired by the Senate Judiciary Committee to assist Republicans, addressed the letter to “All Republican Senators,” and said no senator approved the memo. She noted in the assessment that she is a Republican, but said she is not a political person.

She identified Ford's case as an example of  “he said, she said,” and said her case is “even weaker than that.”

Ford, a California psychology professor, claims Kavanaugh assaulted her while at a house party in the 1980s when they were both teenagers. She said he pinned her to a bed, attempted to forcibly remove her clothes and prevented her from screaming.

Ford said she was "100 precent" certain that Kavanaugh was her attacker.

Mitchell, who worked as a sex-crimes prosecutor for nearly 25 years in Arizona, pointed out what she identified as timing inconsistencies. She wrote that Ford appeared to jump around on the timing of the alleged sexual assault, ranging from the “mid 1980s” to “early 1980s,” and then the “summer of 1982.”

“While it is common for victims to be uncertain about dates, Dr. Ford failed to explain how she was suddenly able to narrow the timeframe to a particular season and particular year,” she wrote.

Mitchell also pointed out that Ford has a history of struggling to name Kavanaugh as her attacker. Mitchell noted that his name was not in notes from her 2012 marriage therapy or her individual therapy in 2013.

Ford also appears unable to remember key elements about the incident, Mitchell wrote. She does not recall how she got to the party or back home and she does not remember the house where the alleged assault took place.

She said Ford’s account has not been corroborated by anyone who she identified as attending the party, including a “lifelong friend.”

Senate Judiciary Committee Chairman Chuck Grassley, R-Iowa., said last week that he hired Mitchell because he wanted a hearing that “is safe, comfortable and dignified” for both Ford and Kavanaugh. He said the “goal” of Mitchell’s hiring is to “de-politicize the process and get to the truth, instead of grandstanding and giving senators an opportunity to launch their presidential campaigns.”

Since the hearing, President Trump ordered the FBI to conduct a limited, one-week "supplemental" background investigation into the allegations against Kavanaugh.

In a statement released Sunday, a Yale classmate of Kavanaugh’s said he is “deeply troubled by what has been a blatant mischaracterization by Brett himself of his drinking at Yale.” Charles “Chad” Ludington, who now teaches at North Carolina State University, said he was friend of Kavanaugh’s at Yale and that Kavanaugh was “a frequent drinker, and a heavy drinker.”

“On many occasions I heard Brett slur his words and saw him staggering from alcohol consumption, not all of which was beer. When Brett got drunk, he was often belligerent and aggressive,” Ludington said. While saying that youthful drinking should not condemn a person for life, Ludington said he was concerned about Kavanaugh’s statements under oath before the Senate Judiciary Committee.

Mitchell, who did not address Kavanaugh's testimony in her statement, pointed out that the Senate confirmation hearing is not a trial, but she said she provided her assessment based on a legal context.