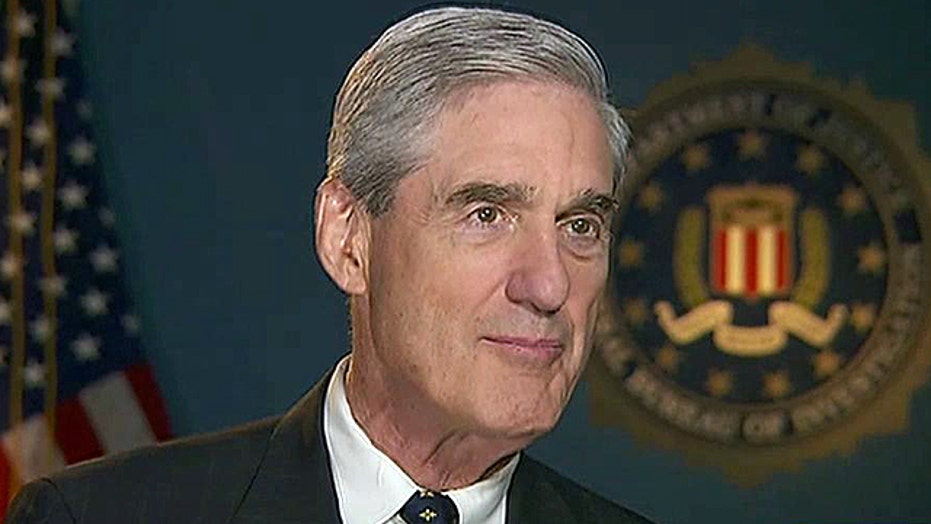 Outgoing FBI director on challenges facing US past, present

A four year investigation by Fox News, and newly declassified documents obtained separately by Judicial Watch, are raising questions over the U.S. government's handling of Anwar al-Awlaki, and whether it tried to recruit the radical American cleric as an intelligence source in 2002.

As he leaves the FBI after 12 years -- two years beyond the traditional term - Director Robert Mueller did not dismiss the possibility in an interview with Fox News.

" I am not personally familiar with any effort to recruit Anwar al-Awlaki as an asset  -- that does not mean to say there was not an effort at some level of the Bureau (FBI) or another agency to do so,"  Mueller said.

Al-Awlaki. who was born in New Mexico, died in a U.S. drone attack in Yemen nearly two years ago.

Fox's ongoing reporting on the cleric, who would later become the first American targeted for death by the CIA in 2011, shows that in 2002 he was released from custody at JFK international airport -- despite an active warrant for his arrest -- with the okay of FBI Agent Wade Ammerman.

Within days of his re-entry, al-Awlaki showed up in Ammerman's counter-terrorism investigation in Virginia into Ali al-Timimi who is now serving a life sentence on non-terrorism charges.

While Timimi's case is on appeal, Fox News is told that none of the information about al-Awlaki's release from federal custody at JFK, a sudden decision by the Justice Department in October 2002 to rescind an arrest warrant for the cleric, nor the cleric's connection to Ammerman was provided to the defense during Timimi’s 2005 trial.

Based on a July 31 court filing by the U.S. Attorney's office in Virginia through Gordon Kromberg, who handled the original prosecution, Timimi's defense team is pressing the government on the asset issue during the appeal.

"Defendant Timimi moves for discovery involving Anwar Awlaki. In particular, he seeks evidence to establish that Awlaki was a government informant when Awlaki had a meeting with Timimi in October 2002. Just as his motions seeking the same information were denied in the past, this one should be denied as well."

Documents obtained by Judicial Watch after it filed a Freedom of Information Act request and then sued the FBI, show the FBI Director was more deeply involved in the post-9/11 handling of al-Awlaki than previously known.

One memo from Mueller to then-Attorney General John Ashcroft on Oct. 3, 2002 -- seven days before the cleric re-entered the U.S. and was detained at JFK -- is marked "Secret" and titled "Anwar Aulaqi: IT-UBL/AL-QAEDA."

While the substance of the memo is redacted in full, with the FBI citing classified material, the memo is one of at least three FBI reports, whose primary subject is the cleric, in the nine days leading up to al-Awlaki's sudden return to the U.S. in October 2002.

Another FBI memo, also marked "Secret," on Oct. 22, 2002, 12 days after the cleric's return, includes the subject line "Anwar Nasser Aulaqi" and "Synopsis: Asset reporting."  It is not clear whether the term "asset" refers to the cleric or another individual.

"Why would al-Awlaki get the attention of the FBI Director? Why would a warrant for his arrest be pulled when he's trying to reenter the country?" asked Judicial Watch President Tom Fitton.

"All of that, you know, put two and two together.  It seems like he was protected. And it's about time this administration and the government generally come clean about their relationship with al-Awlaki. It's screaming for further clarification."

The Judicial Watch records also indicate that on Oct. 1, 2002 - before he returned to the U.S. -- a memo marked "Secret" and "Priority" was faxed from the FBI's Washington Field Office to FBI headquarters.

On Oct. 3, the FBI director's memo was sent to Ashcroft. And on Oct. 10, the day Awlaki entered the U.S., there was a heavily redacted fax from the FBI at JFK airport including the cleric's plane ticket, customs form, passport and Social Security card.