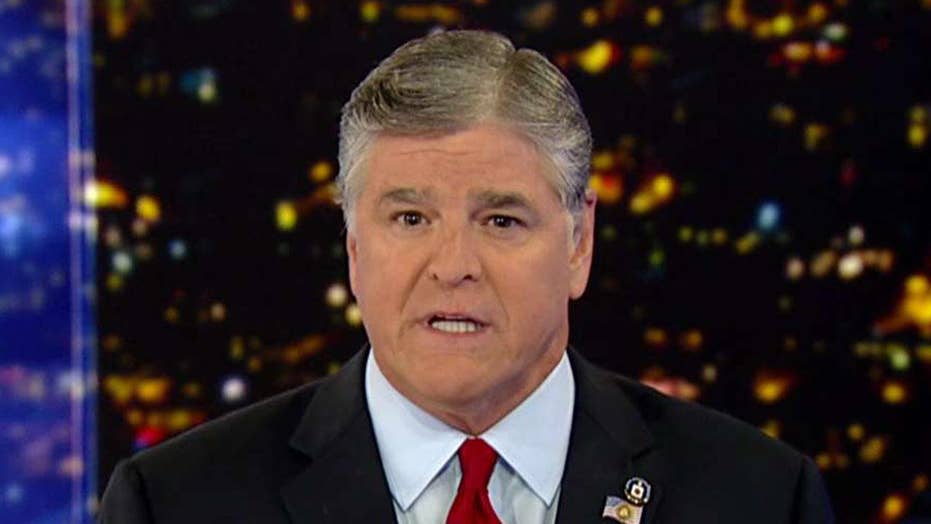 FBI agents went to James Comey's house and retrieved as "evidence" a secret, previously unreported memo, well after he was fired as FBI Director, according to bureau documents released Wednesday in response to a Freedom of Information Act request by the transparency group Judicial Watch.

A source familiar with the probe has confirmed to Fox News that the DOJ Inspector General's office has been reviewing whether Comey's memos improperly contained classified information, among other matters.

In speaking with agents at his house, Comey indicated that the "second page of the memo dated March 30, 2017 had the incorrect banner line classification of SECRET//NOFORN rather than UNCLASSIFIED//FOUO at the top and bottom of the second page."

The FBI document did not elaborate on the contents of the memo Comey drafted the night before agents visited, nor did it explain how Comey might have mislabeled one memo as classified.

In a sworn court filing released earlier this year, the FBI said it first obtained a "compilation" of Comey's memos on May 12, 2017 -- meaning that the FBI agents appear to have obtained the original versions at Comey's residence. 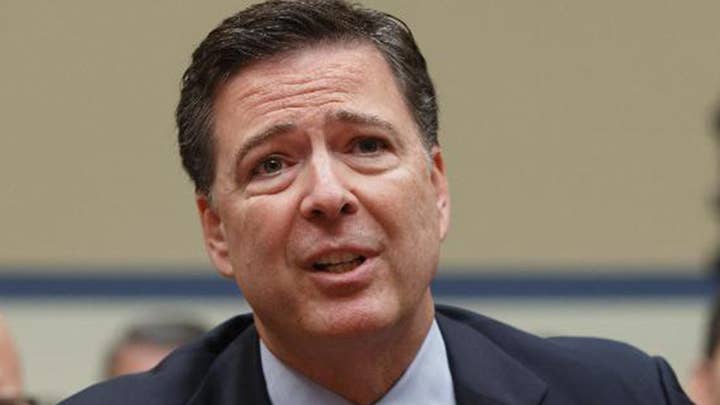 The day after agents visited his home, Comey admitted in congressional testimony that he had leaked memos purportedly documenting his contemporaneous recollections of his conversations with President Trump, through a friend, so that Special Counsel Robert Mueller would be appointed. Comey documented, for instance, that Trump allegedly demanded his loyalty, and said he hoped the FBI would let the Michael Flynn matter "go."

"I woke up in the middle of the night on Monday night, because it didn't dawn on me originally, that there might be corroboration for our conversations, might be a tape, my judgment was that I needed to get that out into the public square, and so I asked a friend of mine to share the content of the memo with a reporter," Comey said at the time. "I didn't do it myself for a variety of reasons, but asked him to, because I thought that it might prompt the appointment of a special counsel. I asked a close friend of mine to do that."

According to the FBI documents, "After being collected from Comey, the memos were locked securely in a General Services Administration approved safe" at FBI headquarters, then "transported and entered into evidence at the FBI Washington Field Office evidence control center."

One of the two missing memos, Comey said, was written sometime between January 7, 2017, and January 20 of that year, after Trump called Comey.

The second memo was written after Trump requested Comey talk to him about a sensitive matter that was "all business," Comey told the agents. Comey said he was "on his way to a FBI leadership conference in Leesburg, Virginia (March 9, 2017) when he was diverted to Liberty Crossing to respond to a request from Trump to contact him," according to the FBI memo. "Comey contacted Trump from Liberty Crossing on a Top Secret telephone line."

In April, a court-ordered filing by the DOJ revealed Comey included a slew of sensitive and classified information in a series of comprehensive personal memos -- including not only the details of his conversations with Trump, but also the "code name and true identity" of a confidential source.

The filing acknowledged that Comey maintained a far more detailed and lengthy private paper trail than was previously known, and that federal investigators apparently hoped to use Comey's contemporaneous, secretive writings to test the truthfulness of Trump's comments as part of a then-ongoing obstruction-of-justice inquiry.

Comey meticulously outlined "foreign intelligence information obtained from and through" the key human source, "information about whether the FBI initiated coverage through the Foreign Intelligence Surveillance Act (FISA) on a particular individual," relevant "sources and methods" used in the FBI's investigation and "information concerning the President's foreign policy decisionmaking," according to the DOJ.

Additionally, Comey's memos included documentation of "non-public interactions" between "specific foreign governments and officials" and U.S. government officials. Disclosing those details, the DOJ insisted, "could reasonably be expected" to "affect the United States' relationship with those countries."

The existence and contents of limited details from some of Comey's memos were partially leaked to the media by a Comey friend with Comey's knowledge following his termination and served as a catalyst for Mueller's appointment in May 2017. Comey has denied that he leaked classified information in the memos. A review into the matter by the DOJ Inspector General (IG) has been ongoing. a source told  Fox News, and Attorney General William Barr testified this past April that the DOJ actively was looking into the FBI's conduct.

Separately, in May, it emerged that former Attorney General Loretta Lynch flatly accused Comey of mischaracterizing her statements by repeatedly alleging, under oath, that Lynch privately instructed him to call the Hillary Clinton email probe a "matter" instead of an "investigation."

Lynch, who testified that Comey's claim left her "quite surprised," made the dramatic remarks at a joint closed-door session of the House Oversight and Judiciary Committees last December. A transcript of her testimony was released recently by House Judiciary Committee Ranking Member Doug Collins, R-Ga.

This story has been updated to correct the date of the memo Comey drafted. It was dated "last night," but it was unclear which night that referred to.