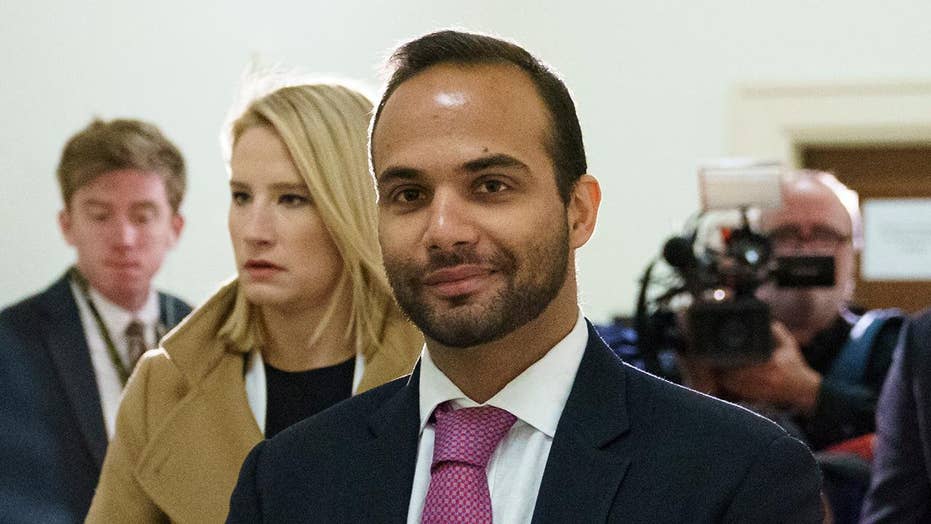 Papadopoulos is set to serve his sentence at a medium-security federal facility in Oxford, about an hour's drive north of Madison.

Papadopoulos had filed an initial motion on Nov. 16, nearly two months after the deadline for appealing his conviction or sentence. He followed up with a request to delay his sentence pending that motion on Nov. 21, the day before Thanksgiving.

"Papadopoulos waited until the eleventh hour to seek relief; indeed, he did not file his second motion — the stay request — until the last business day before he was scheduled to surrender to serve his sentence," Moss' order stated. "He has only his own delay to blame."

In recent months, he has spent many nights posting on Twitter, as has his wife, venting anger about the FBI and insisting he was framed by the government. He also has offered to testify before the Senate Intelligence Committee, which is investigating Russian interference in the 2016 election, if he's granted immunity or other conditions.

"The truth will all be out. Not even a prison sentence can stop that momentum," Papadopoulos tweeted. "Looking forward to testifying publicly shortly after. The wool isn't going to be pulled over America's eyes forever."

In addition to his prison term, Papadopoulos will be on probation for a year. He forfeited most of his rights to contest his conviction when he pleaded guilty in October 2017. His sentence, issued by Moss on Sept. 7, was far less than the maximum six-month sentence sought by the government but more than the probation that Papadopoulos and his lawyers had requested. Moss at the time noted that many similar cases resulted in probation but said he imposed a sentence of incarceration partly to send a message to the public that people can't lie to the FBI.

Papadopoulos, the first campaign aide sentenced in Mueller's investigation, triggered the initial Russia investigation two years ago. Memos written by House Republicans and Democrats and now declassified showed that information about Papadopoulos' contacts with Russian intermediaries set in motion the FBI's counterintelligence investigation in July 2016 into potential coordination between Russia and the Trump campaign. Mueller later took over that probe.

The White House has said Papadopoulos was a low-level volunteer on the campaign.

Papadopoulos reported to prison on the same day that Jerome Corsi, an associate of Trump confidant Roger Stone, told multiple news outlets that he's rejecting a plea offer from Mueller's investigators. Corsi said in interviews that he was offered a chance to plead guilty to one count of perjury. But he said he planned to reject the deal because it would force him to admit to willfully lying, which he said he did not do.

Mueller’s team questioned Corsi as part of an investigation into Stone’s connections with WikiLeaks. American intelligence agencies have assessed that Russia was the source of hacked material released by WikiLeaks during the 2016 election that damaged Hillary Clinton’s campaign.

Mueller has been trying to determine whether Stone and other associates of President Trump had advance knowledge of WikiLeaks’ plans.

Corsi told the AP last week that he was in plea negotiations with Mueller’s office and had earlier said on his YouTube show that he expected to be indicted for making false statements.

Stone has denied being a conduit for WikiLeaks and has not been charged. He has said that he did not have advance knowledge of the source or content or exact timing of the WikiLeaks release.