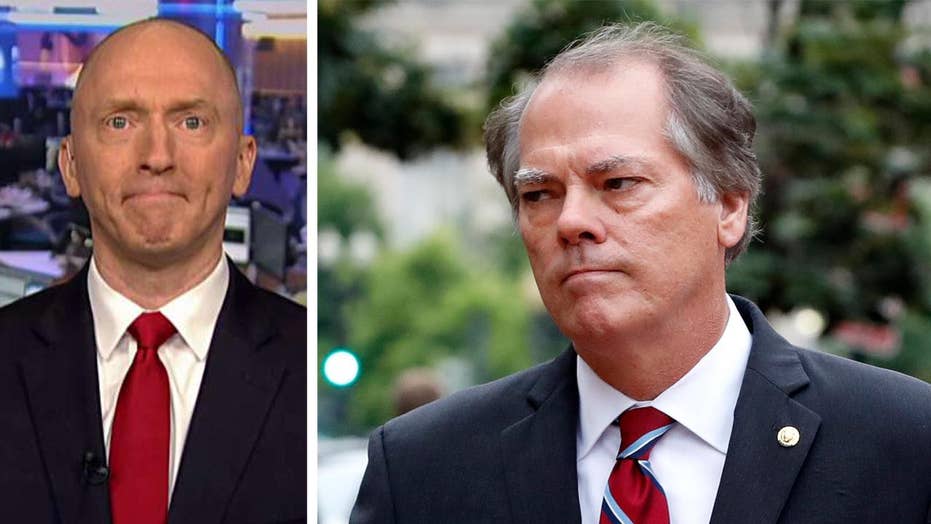 In a declaration included in a Friday sentencing filing, the Justice Department revealed that a high-level Senate intelligence staffer who pleaded guilty to lying to investigators about his media contacts also was at the center of the FBI's probe into the "known disclosure" of the Foreign Intelligence Surveillance Act (FISA) warrant to surveil a top aide to President Trump.

However, the staffer, 58-year-old James Wolfe, was never charged specifically with leaking any classified information, even though prosecutors alleged he had used his position to "cultivate relationships with multiple young, female reporters, who were attempting to gain information."

He instead struck a plea deal with prosecutors at the Justice Department to admit to a false-statements charge concerning his unauthorized contacts with reporters -- after his lawyers sent letters to each senator on the U.S. Senate Select Committee on Intelligence (SSCI) notifying them that they might need to testify as part of his criminal trial, if one occurred. President Trump, at the time, said Wolfe's arrest “could be a terrific thing" and called him a "very important leaker."

"The FBI did not uncover evidence that [Wolfe] himself disclosed classified national security information," the DOJ wrote in a court filing last week, which also openly discussed what it called the difficult "separation of powers issue" at play as the Executive Branch agency investigates the Senate.

"The decision concerning how to proceed went to the highest levels of the FBI," the filing stated.

However, in an affidavit attached to Friday's filing, the FBI special agent overseeing the Wolfe investigation noted that there had been a "known disclosure of classified information -- the FISA application," apparently referring to the government's highly secret application to surveil former Trump campaign aide Carter Page.

Page, who has never been charged with wrongdoing despite months of surveillance, is now suing several key players, including the Democratic National Committee (DNC), for alleged defamation stemming from their attempts to link him to Russian collusion in the wake of the leaked FISA application.

Since-released, but redacted, portions of that FISA application revealed that the FBI told the FISA court it did not believe British ex-spy Christopher Steele was the direct source for a Yahoo News article implicating Page -- although court records showed Steele briefed the news agency. The application also revealed the FBI relied extensively on the unverified, salacious dossier funded by Trump's political opponents.

The SSCI, which functions as a liason between the intelligence community and the Senate, is chaired by North Carolina Republican Sen. Richard Burr and vice-chaired by Virginia Democratic Sen. Mark Warner. In the affidavit filed Friday, the lead FBI agent noted that the agency personally alerted Burr and Warner -- and only Burr and Warner -- that it was probing whether "a person holding a Top Secret security clearance may have disclosed national security information to the news media."

The FBI instructed the two senators not to tell Wolfe about the probe in order to avoid the "potential destruction of evidence" as they continued to investigate, according to the affidavit.

As part of their investigation, FBI agents obtained a search warrant and used imaging software to capture the contents of Wolfe's phone while they had him distracted and attending a meeting with FBI agents to discuss SSCI leaks, according to a separate DOJ court filing last week.

Although the searches turned up evidence that Wolfe's actions had "actual impact on the national security functions of the FBI and had the potential to disrupt important government functions," they did not turn up proof that he had leaked the FISA application or other classified materials, according to the DOJ. 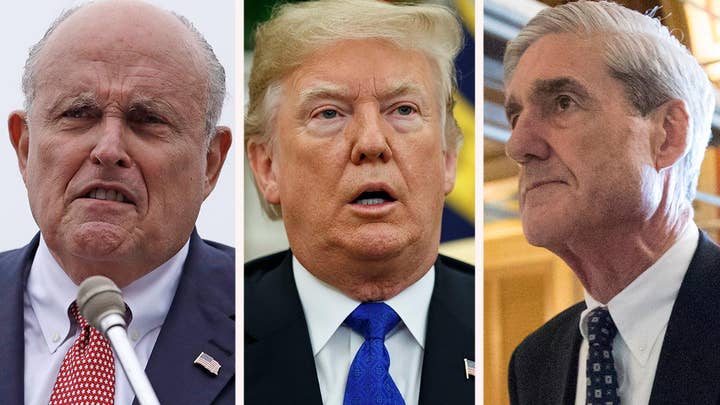 Wolfe served for 29 years as the SSCI's security director, and he has received letters of support in advance of his sentencing not only from Burr and Warner, but also from California Democratic Sen. Dianne Feinstein, who previously chaired the SSCI.

The filing comes as fired FBI Director James Comey unleashed on the Republican Party on Monday, after exiting what he called a "frustrating" closed-door hearing that consisted of "more of the same" questions about the FISA process and signs of anti-Trump bias at the agency.

Prosecutors are now seeking a 2-year prison term for Wolfe -- a higher-than-normal figure for a false statements case that they say is appropriate because of the severity of his actions.

In their indictment filed in June, prosecutors charged that Wolfe leaked non-public (but not necessarily classifed) information to reporters about the SSCI's work, including its subpoena last fall of an individual believed to be Page.

Were improper FBI tactics used on Flynn to create charges?

Also in June, The New York Times reported that federal investigators had seized years' worth of email and phone records belonging to one of its reporters, Ali Watkins, as part of a leak probe into Wolfe's communications. Watkins' social media accounts at the time revealed that she was apparently trying to provide cover for herself and Wolfe.

In several tweets in September 2017, Watkins, while dating Wolfe and working for Politico, seemed to point the finger at attorneys for Trump over various media disclosures related to SSCI's work.

In one tweet, Watkins noted how the Intelligence Committee was “SOOO frustrated in recent weeks by the constant dribble of leaks about who's testifying to them.” She then said the committee believed “Trumpster lawyers will leak info about upcoming appearances, blame the committee, then use as a pretext not to cooperate.”

It remains unclear who was responsible for those specific leaks -- the tweets were posted about a month before a different reporter published the story on the Page subpoena. However, the indictment strongly suggested Wolfe was a top source for committee stories and that Watkins was among the reporters who got information from Wolfe.