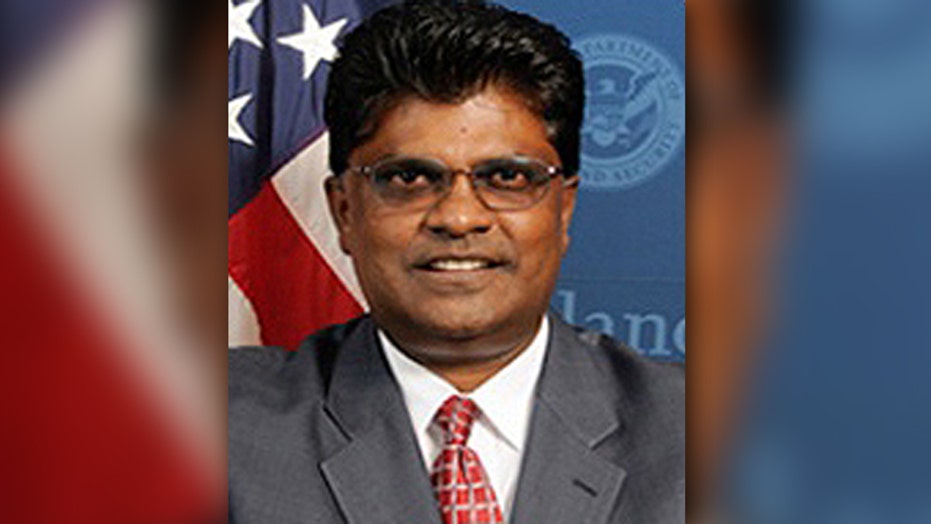 The official tasked with keeping watch over the Department of Homeland Security was instead watching out for senior officials he considered his "friends," according to a Senate probe.

A subcommittee of the Senate Committee on Homeland Security and Governmental Affairs released a scathing report on Thursday that effectively confirmed many of the ethical allegations that have trailed Charles Edwards ever since he resigned his post in December as acting DHS inspector general. The report determined that he "jeopardized the independence" of his office by socializing with senior DHS officials and had reports "altered or delayed" to accommodate the department he was supposed to oversee.

In the wake of the report, DHS Secretary Jeh Johnson announced that Edwards, who after leaving the acting IG post took a different job at DHS, would be placed on administrative leave.

The report also included, though did not confirm, allegations that Edwards' office sat on information about the 2012 Secret Service prostitution scandal that could "influence an election."

"An Office of Inspector General is intended to be beyond reproach. The problems in that office were allowed to persist for far too long," Sen. Ron Johnson, R-Wis., said in a statement.

Asked about the allegations on Thursday, Edwards told FoxNews.com his office "was independent" -- but he declined to comment further.

Edwards' attorney David Lease claimed to FoxNews.com that the report is the product "of a predetermined investigation," and faulted lawmakers for declaring last year that his client acted improperly without giving him a chance to be interviewed. "The report is full of characterizations and supposition which are not supported by the record in this case," Lease said in a statement. "The report often cites to testimony or other materials which have been quoted out of context and provide a misleading impression. Mr. Edwards worked diligently to maintain the independence and integrity of the Office of the Inspector General during his tenure as Acting and Deputy Inspector General."

The report paints the picture of an office torn apart by personal vendettas and political games. It included allegations that Edwards' office retaliated against workers who spoke out and, in the words of one unnamed official, that Edwards himself cultivated a "toxic, totally dysfunctional and oppressive" work environment. One official told Senate investigators that the work atmosphere was one of "complete terror."

The report reviewed allegations of a coverup in the IG probe of the 2012 scandal where Secret Service agents were caught with prostitutes during a presidential visit to Colombia.

FoxNews.com reported in September 2012 on allegations that White House advance team members may have been involved. Edwards himself later acknowledged that a hotel registry suggested two non-Secret Service personnel may have had contact with "foreign nationals" during that trip. One was a Defense Department employee "affiliated" with the White House Communication Agency and the other, he said at the time, "may have been" affiliated with the White House advance team.

But the White House denied the claims, and Edwards' office did not pursue those leads because they were not DHS personnel.

The Senate report could not substantiate claims that Edwards was involved in any changes to the IG report, but did determine that "certain information" from a draft report was "altered or removed" before the final release.

The lead investigator told the subcommittee that he was directed by his supervisor "to delete derogatory information" -- information considered "potentially damaging to the administration."

According to the report, the same investigator said he told an internal review team that he had concerns with deleting this material because: "The DHS OIG was sitting on information that could influence an election."

Edwards told the subcommittee, though, that any changes were made as part of the regular editing process. He and his assistant said no changes were politically motivated.

The report also included allegations that the lead investigator was threatened.

The Senate report detailed other audits and investigations. It claimed that Edwards released one report on Immigration and Customs Enforcement practices on the date desired by a senior DHS official. "Which day is good?" he emailed the DHS Acting Counsel, when asked when the report would come out.

According to the report, Edwards had certain language removed from a separate audit report at the request of DHS officials.

IG workers told congressional investigators that all along, Edwards was angling for the permanent IG post. It also said he socialized with senior officials over drinks and dinner and considered them "personal friends."

The report also reviewed scattered allegations that surfaced last year, including claims that he violated "anti-nepotism laws" to employ his wife and used his own staff to work on school assignments.

The report concluded he did not violate anti-nepotism laws, but did abuse agency resources by getting a staffer to work on his Ph.D. dissertation. The report said his acting chief of staff estimated she worked 20-25 hours on helping with his dissertation.

Asked for comment on the case, the current DHS inspector general said in a statement that he appreciates the Senate subcommittee's efforts and those who cooperated with the probe.

"This report, which examines a challenging era for DHS-OIG, contains valuable insights that my office will be taking into account as we move forward with our oversight mission," Inspector General John Roth said.

At DHS, Johnson said late Thursday he has reviewed the report and has asked the Senate subcommittee's staff to brief him further. And he confirmed he has placed Edwards on leave. "I have placed the previous Acting Inspector General, who in December transitioned out of his position in the Inspector General's office and to a position in the Science and Technology Directorate, on administrative leave," Johnson said. "Other individuals who are apparently and allegedly implicated have already left DHS and if additional information comes to light, I will continue to take appropriate action."

The office of former DHS Secretary Janet Napolitano pushed back on the details in the Senate report.

According to The Washington Post, her office said neither Napolitano nor her staff "ordered that anything be deleted" in the report on the Secret Service.