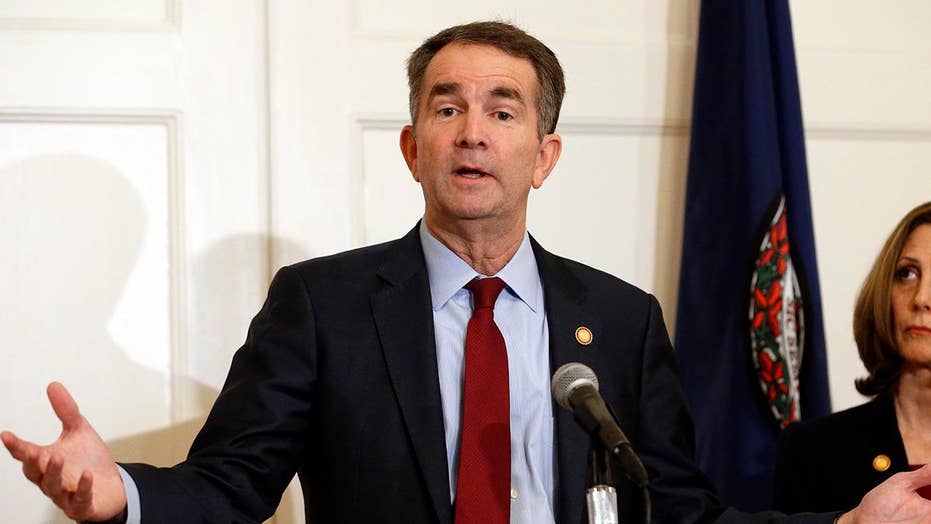 Virginia Gov. Northam reportedly tells staff he will not resign over blackface photo

Embattled Virginia Gov. Ralph Northam said in an interview published Saturday that he wants to heal the pain that emerged after a racist picture appeared from his 1984 medical yearbook and focus on an agenda of racial equity and reconciliation in his remaining years in office -- and it looks like Virginians are going to be made to join him.

“It’s obvious from what happened this week that we still have a lot of work to do," he told The Washington Post in the first interview since the photo emerged. "There are still some very deep wounds in Virginia, and especially in the area of equity...There are ongoing inequities to access to things like education, health care, mortgages, capital, entre­pre­neur­ship. And so this has been a real, I think, an awakening for Virginia. It has really raised the level of awareness for racial issues in Virginia. And so we’re ready to learn from our mistakes.”

Northam was hit by a torrent of calls from his own party to resign after a picture emerged last week from his 1984 medical school yearbook of two men dressed in blackface and a Ku Klux Klan costume.

Northam initially said it was him in the picture, and apologized. But last Saturday he said it actually was not him in the picture and he did not know how it got onto his yearbook page. He did however, admit to darkening his face during a Michael Jackson impression for a talent contest in San Antonio the same year.

“The things that I did back in medical school and - and - in San Antonio were insensitive and I have learned since that they were very offensive. We learn from our mistakes and I’m a stronger person,” Northam said. His spokesperson later told the Post that Northam misspoke and meant the medical school in San Antonio.

In the interview with the Post, of which neither a transcript nor audio was allowed to be published, he said he was determined to spend the remaining three years of his term pursuing “equity" and believes that he is the man for the job.

This image shows Virginia Gov. Ralph Northam’s page in his 1984 Eastern Virginia Medical School yearbook. The page shows a picture, at right, of a person in blackface and another wearing a Ku Klux Klan hood next to different pictures of the governor. It's unclear who the people in the picture are, but the rest of the page is filled with pictures of Northam and lists his undergraduate alma mater and other information about him. (Eastern Virginia Medical School via AP)

“I have a lot more to learn...The more I know, the more I can do,” Northam told The Post. “I want to heal that pain, and I want to make sure that all Virginians have equal opportunity...and I think I’m the person that can do that for Virginia.”

According to the Post, Northam has met with African-American lawmakers and leaders and has started doing his reading -- including “The Case for Reparations” by Ta-Nahesi Coates and a “few chapters” of Alex Haley’s “Roots.”

He said he has talked to his cabinet about issues such as affordable housing and looking at whether minority-owned businesses are getting full access to state contacts. He also indicated that children as young as Kindergarten-age could be affected by his apparent conversion on the subject of race.

“First of all what I plan to do...is to make sure that we have sensitivity training - in our Cabinet, in our agencies. I also plan to reach out to our colleges and universities and talk about sensitivity training. Even into the K through 12 age range, that’s very important,” he said.

Virginia’s Democrats have been hit by a number of controversies. Attorney General Mark Herring this week admitted to wearing blackface at a party in the 1980s.

And Lt. Gov. Justin Fairfax, who would succeed Northam if he were to resign, has been hit by two allegations of sexual assault -- which have led to calls from his fellow Democrats for him to resign also.

In the interview with the Post, Northam praised the “tremendous courage” of the woman who came forward, called the allegations “horrific” and says that he supports Fairfax’s call for an investigation into the claims. 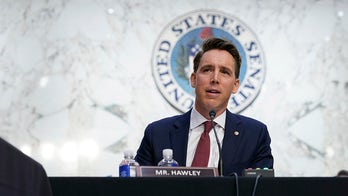