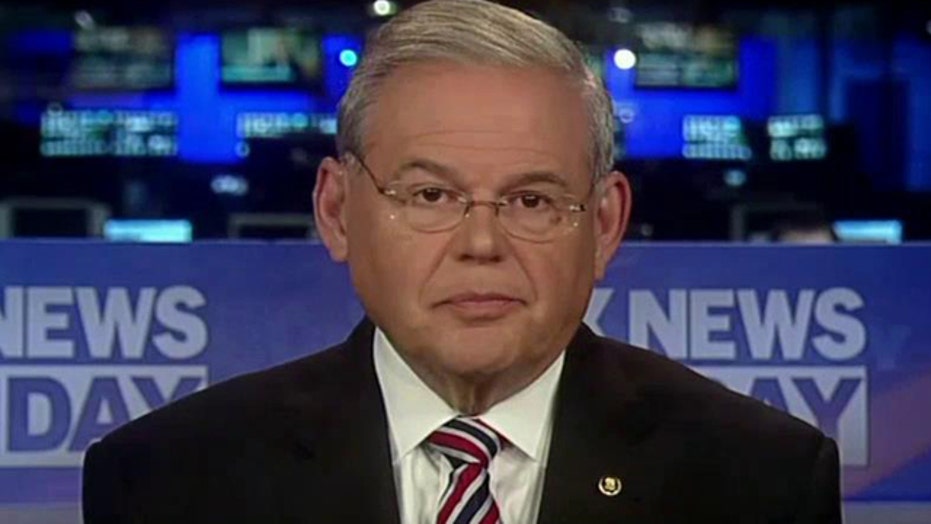 New Jersey Sen. Bob Menendez said Sunday that he’s pushing ahead with his legislation to give Congress a full overview of the Iran nuclear deal, amid purported pressure from the White House to stop his effort.

“I’m not backing off,” Menendez, a Democrat on the Senate Foreign Relations Committee, told “Fox News Sunday.” “I honestly believe it’s a congressional duty to review any agreement that comes about.”

Menendez, a frequent critic of President Obama’s foreign policy, declined to discuss whether fellow Democrats or White House officials have asked him to stop pressing for congressional review of the framework deal reached earlier this month with Iran.

The United States, the United Kingdom, France, China, Russia, Germany and Iran have set a deadline of June 30 to reach a final agreement.

Obama has vowed to veto the legislation, and the Republican-led Senate is trying to get a 67-vote supermajority to override a presidential veto.

Menendez was the top Democrat on the committee until April 1 -- when he was indicted on federal corruption charges and he stepped down as the ranking member.

Menendez said Sunday that he “absolutely” is not guilty of the charges and “not all of the facts are known.”

“We will have an opportunity in court to make all of the facts known … and be vindicated,” he said.

Menendez also said he didn't think the administration, through the Justice Department, targeted him as retribution.

“I cannot imagine that an administration, this or any other, would go to such lengths to overturn our constitutional democracy,” he said.

In addition, Menendez, a Cuban-American, suggested that his circumstances will not stop him from expressing opposition to Obama’s foreign policy, including efforts to improve relations with Cuba.

In making a case for congressional oversight of the Iran deal, Menendez said the administration had more than two years to negotiate, so Congress should have 60 days to accept or reject a final agreement.