Crisanta Duran and Lucia Guzman, Latina members of the Colorado legislature, could become the leaders of the state's Senate and House.

Guzman stands to become Senate president and Duran speaker of the House if Democrats sweep the elections on Tuesday and become the majority in both chambers, according to the Los Angeles Times.

For Guzman, who is 70 and the current Senate minority leader, the milestone would be a great personal as well as professional one.

“It is a long line dating back many years [to] when my grandparents crossed the border from Mexico to Texas and brought my father over as an infant,” Guzman told the Times.

Making history would bring “such a sense of pride and do justice for many of those Latinos in Colorado who came from similar backgrounds,” she said.

Republicans have the majority in the state Senate by a margin of just one. Democrats control the House by three seats.

Duran, 36, is the current House majority leader. The current speaker, Dickey Lee Hullinghorst, has been a state representative since 2009 and cannot run this year because of Colorado's term limit law. If Duran does assume the post, she would be only the third woman to hold it.

The possibility that Democrats will control of both chambers is viewed as strong, according to the Times. The newspaper cites early voting data showing that, as of Thursday, Democratic voters led Republicans by 14,000 ballots cast.

Some 555,000 Latinos in the state are eligible to vote, according to the Pew Research Center.

Trump, Sondermann said, “seems to have done all he can not to win the state.”

“The Democrats are hoping — despite current polling showing the presidential race narrowing — this becomes a wave year in Colorado,” he added.

“I still think it could be a close election,” Peña said. “But I think Trump may be having the same effect on Colorado that Pete Wilson did on California.”

In the mid-1990’s, former California Gov. Pete Wilson, a Republican, became known nationally for his support for strict measures regarding immigration. He drew the ire of many Latino activists across the nation when he championed Proposition 187, which called for denying many government benefits to undocumented immigrants.

It rallied Latinos in the state, energizing them to step up their participation in politics. Since then, it’s become extremely difficult for Republicans to win elections in California.

For Duran, like Guzman, the possibility of becoming the House speaker reverberates on a personal level.

Her parents were the first in their families to be able to attend college, Duran told the Times.

Cesar Blanco, acting director of the Latino Victory Fund which aims to support Latinos who run for office, said that the achievements of Duran and Guzman are a rarity for the community.

“We still have a lot of work to do,” Blanco said. 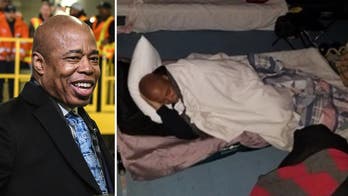