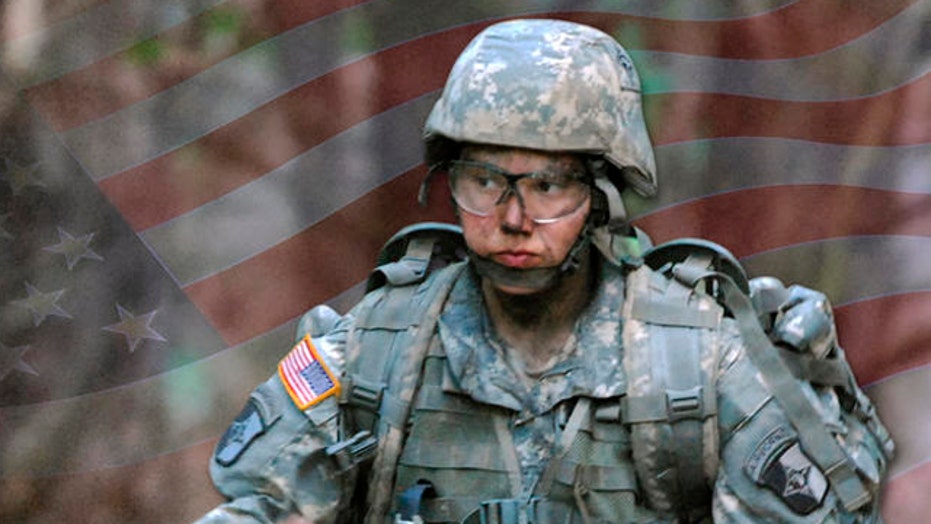 Debate over women in combat and military tests

Should standards be changed?

Of the eight women, five were kicked out of training. Three others will be allowed to start over from the beginning of the first phase of Ranger School. Those three will start class on June 21.

The Army said in a statement that 29 students failed to meet the standards of phase one, also known as the Darby Phase. A vast majority of the students who are being dropped from the course were unable to successfully lead a patrol. All students received multiple opportunities to lead a patrol as a squad or team leader, the Army said.

“Each Ranger student, whether successful or unsuccessful, learned more about themselves, leadership and small unit tactics, and returns to the Army a better trained Soldier and leader,” said Colonel David G. Fivecoat, Commander of the Airborne and Ranger Training Brigade.

This was the first time women were allowed to participate in Ranger School.

The Darby Phase is followed by a mountain phase which is then followed by a swamp or Florida phase. The next phase of Ranger School will start June 25.

A total of 60 women were originally slated to participate in Ranger Assessment Phase (RAP), according to the Pentagon in January. The Army Times reported in February that 100 women went into the pre-training phase, and in April, 19 women qualified for the Darby Phase.

The training for Ranger School is notoriously difficult. The Darby Phase consists of 15 days of intensive squad training and operations in field environment at Fort Benning, Georgia. The students get at least two days where they are counseled on their performance during the phase.

"The key is to ensure we have the right standard for the occupation," a defense official told Fox News earlier this month. "Our goal is to ensure that the mission is carried out by the best qualified and the most capable service members, regardless of gender."

The Rangers also note that 33 percent of the soldiers who graduate Ranger School are typically “recycled,” meaning they have failed the course at least once before.

The Pentagon lifted its ban on women in combat in 2012 and while they would not have been able to become full members of the Rangers, this would have given them their first foray into all-male Special Operations. Typically attached to combat units, at least 130 women were killed and 800 wounded in the Iraq and Afghanistan wars. Many were “non-combat” in name only and involved in front line operations all the same.

Peer evaluations are held periodically in Ranger School, but a defense official could not confirm if those evaluations contributed to the women not completing the first phase of training.

According to statistics, only 3 percent of the U.S. Army is Ranger-qualified.