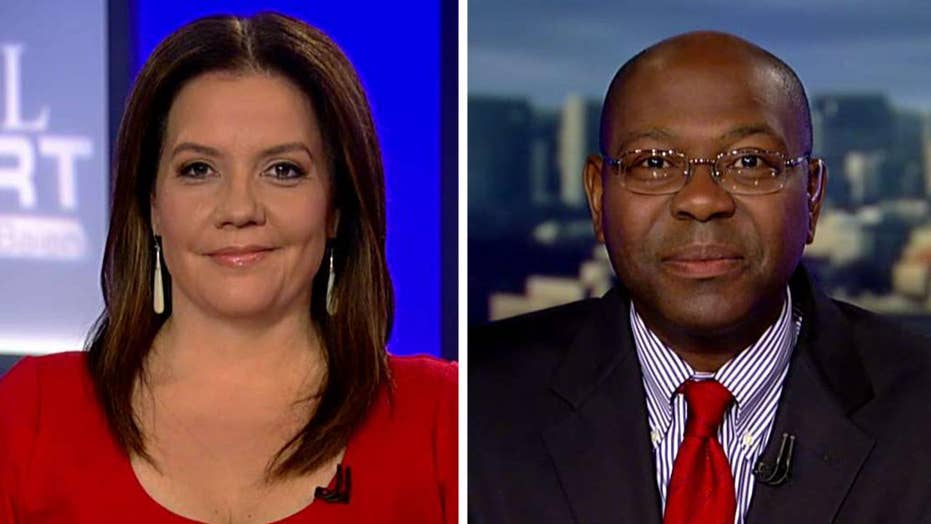 The Wall Street Journal’s editorial board on Wednesday wrote a blistering critique of President Trump’s decision to overrule congressional Republicans and his own treasury secretary to cut a deal with Democrats to raise the federal debt ceiling “for a mere three months.”

The editorial, titled ‘The Pelosi-Schumer-Trump Congress,’ blasted Trump for giving Democrats “exactly what they want, which is to set up an even steeper fiscal cliff on debt and spending in December when Republicans hope to be focusing on tax reform.”

Trump sided with the Democratic leaders — “Chuck and Nancy,” as he amiably referred later to Senate Minority Leader Chuck Schumer and House Minority Leader Nancy Pelosi — as they pushed for the three-month deal, brushing aside the urgings of GOP leaders and Treasury Secretary Steven Mnuchin for a much longer extension.

Republicans want that longer allowance to avoid having to take another vote on the politically toxic issue before the 2018 congressional elections.

Aboard Air Force One, Trump told reporters, “We had a very good meeting with Nancy Pelosi and Chuck Schumer.”

He didn’t mention Republicans McConnell and House Speaker Paul Ryan, who also had been present. “We agreed to a three-month extension on debt ceiling, which they consider to be sacred, very important.” 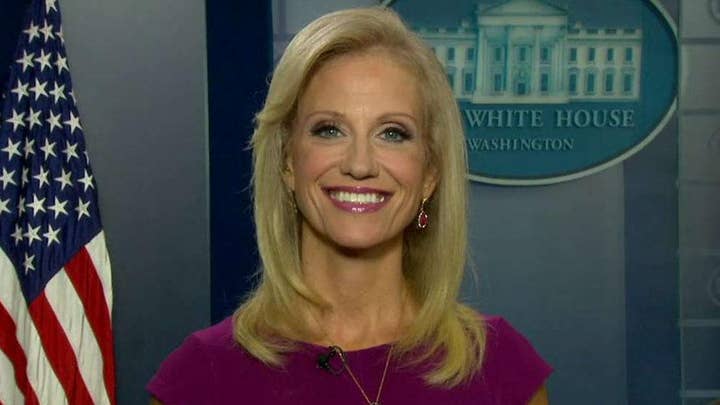 “I think the deal will be very good,” Trump added.

The deal promises to speed the $7.9 billion Hurricane Harvey aid bill, which passed the House overwhelmingly Wednesday, to Trump’s desk before disaster accounts run out later this week. The debt ceiling and government funding extensions will be attached.

The Journal wrote, "Part of the problem is that Congressional Republicans once again helped put themselves in this box. Congress can’t let the U.S. default on its debt, so the majority party has to raise the debt ceiling whether it likes it or not. The smart GOP play was to attach a long-term debt increase to some other must-pass legislation and get it over with. One and done."

At first, in Wednesday’s Oval Office meeting, the Republicans lobbied for an 18-month debt ceiling extension, then 12 months and then six, but Trump waved them off, sources told the Associated Press.

As Mnuchin continued to press an economic argument in favor of a longer-term deal, Trump tired of it and cut him off mid-sentence.

Late Wednesday, with criticism pouring in from Republicans, Mnuchin himself made a rare appearance in the Air Force One press cabin, as the president traveled back to Washington from North Dakota, to defend the deal.

“Our No. 1 priority was getting money for Harvey. Let me very clear: That’s the president’s number one agenda and we accomplished that,” Mnuchin insisted.

Mnuchin also claimed several times that the president actually could have had a one-year package but didn’t want to lose the opportunity to raise military spending in new budget bills before then. Aides to Schumer and Pelosi responded with incredulous disbelief to this claim.

Ryan slammed the Democrats’ demand for a three-month extension as “ridiculous and disgraceful.” He issued no public statement on the final deal.

McConnell did not sugarcoat what happened when he addressed reporters a short time later.

“In the meeting down at the White House, as I indicated, the president agreed with Sen. Schumer and Congresswoman Pelosi to do a three-month CR and a debt ceiling into December, and that’s what I will be offering based on the president’s decision,” McConnell said. “CR” refers to a continuing resolution, which will extend existing government funding levels into mid-December, when the prospect of an enormous new round of deal-making now looms.

The move buys almost three months, until Dec. 15, for Washington to try to solve myriad other issues, including more funding for the military, immigration and health care, and a longer-term increase in the government’s borrowing authority to avoid a first-ever default. Adding the stopgap funding bill to the Harvey aid package would also immediately free about $7 billion in additional disaster funds.

Schumer was as pleased in the aftermath.

“The bottom line is, the president listened to the arguments,” Schumer said. “We think we made a very reasonable and strong argument. And, to his credit, he went with the better argument.”