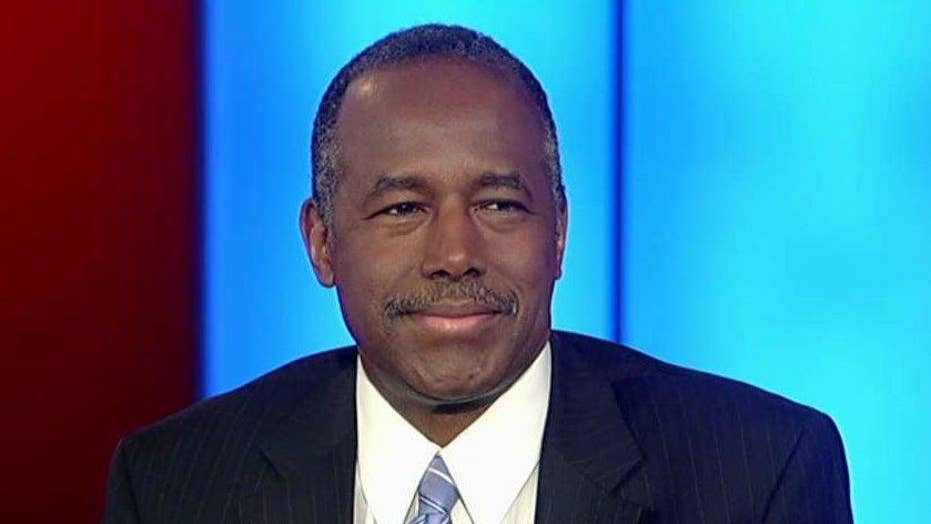 HUD secretary speaks out on 'Hannity'

Housing and Urban Development Secretary Dr. Ben Carson told Fox News' "Hannity" Monday that his goal was to "get people to move up the ladder of opportunity" through home ownership.

Carson, a former candidate for the 2016 presidential nomination, has kept a low profile so far at the head of HUD. However, he was the subject of controversy in recent weeks when he described poverty as a "state of mind" and compared African slaves brought to America to immigrants.

"People don’t like change. They like the comfort zone in which they sit and when somebody starts talking about changing it, they become very anxious," Carson said. "I understand that, and so I expect that there will be people who are anxious about some of the things that I say, but they won’t be anxious once they see the results."

Carson, who rose from the projects of Detroit to become a world-renowed brain surgeon, also said he hoped to show low-income kids possible paths off the streets.