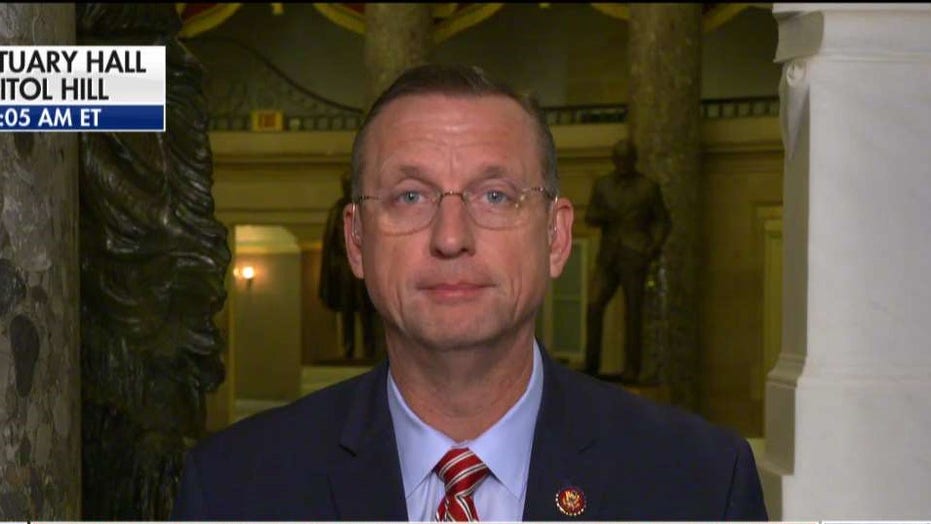 GOP Rep. Doug Collins, who is running for Senate in Georgia, faced a swift backlash when he offered condolences to the “30 million babies” he said died as late Justice Ruth Bader Ginsburg defended abortion laws.

“RIP to the more than 30 million innocent babies that have been murdered during the decades that Ruth Bader Ginsburg defended pro-abortion laws,” Collins wrote on Twitter. “With @realDonaldTrump nominating a replacement that values human life, generations of unborn children have a chance to live.”

Most Democrats and Republicans, including President Trump, offered condolences for Ginsburg and praised her work upon learning of her death Friday night. Then, most pivoted to the fierce battle over whether to confirm a justice before or after the election.

Trump called Ginsburg “an amazing woman” and said he was “sad to hear” she had died.

The Georgia lawmaker, a staunch Trump ally, is running for Republican Sen. Kelly Loeffler’s Senate seat. She was appointed last year in a special election when Sen. Johnny Isakson vacated it for health reasons.

“Doug Collins is celebrating the death of a Supreme Court Justice. Unforgivable. RBG deserves better than this garbage,” said Scott Dworkin, founder of the Democratic Coalition.

"As a pastor and father, the issue of life is deeply personal to me. We’ve got our best chance in decades to strike down Roe V. Wade. Let’s take it," Collins said. "@realdonaldtrump is going to nominate a pro-life conservative and the Senate needs to do their job and confirm without delay."