The Department of Justice says former Trump National Security Adviser Michael Flynn should get up to 6 months in prison for lying to federal investigators, a reversal of their earlier opposition to jail time.

In a reversal, the Justice Department has recommended up to six months of prison time for ex-national security adviser Michael Flynn—claiming he has refused to “accept responsibility” for his actions.

“Given the serious nature of the defendant’s offense, his apparent failure to accept responsibility, his failure to complete his cooperation in—and his affirmative efforts to undermine—the prosecution of [ex-Flynn associate] Bijan Rafiekian ... the government recommends that the court sentence the defendant within the applicable Guidelines range of 0 to 6 months of incarceration,” federal prosecutors wrote in a sentencing memo on Tuesday.

THE CURIOUS CASE OF MICHAEL FLYNN: TIMELINE OF TWISTS AND TURNS IN EX-OFFICIAL'S PROSECUTION

The filing represents a stark change from a prior Justice Department recommendation, which suggested that Flynn “receive a sentence at the low end of the Guidelines range.” Federal prosecutors, in earlier suggesting that Flynn not serve any prison time, had cited his cooperation with other federal cases, including Special Counsel Robert Mueller’s Russia probe.

But Flynn’s sentencing has since dragged on for months and faced numerous delays. The Rafiekian case cited Tuesday involved a former Flynn associate accused of illegal lobbying; his conviction was later tossed. 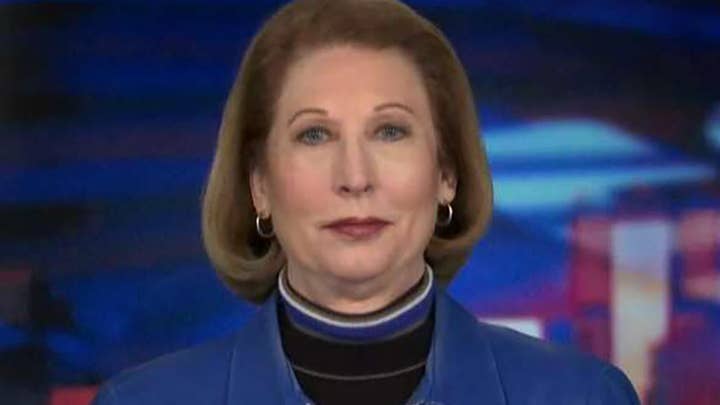 Perhaps most significantly, Flynn’s defense attorney Sidney Powell has aggressively fought back in recent months, pushing to have his prosecution dismissed and making a range of allegations against the government.

“The government seeks to punish Mr. Flynn for telling the truth when it wasn’t what the prosecutors wanted to hear,” Powell told Fox News in an email on Tuesday. “This is outrageous.”

Flynn’s case stemmed from a 2017 FBI interview, in which Flynn was asked about his conversations with former Russian Ambassador Sergey Kislyak. Flynn ultimately pleaded guilty to making false statements regarding those conversations during his interview, as part of Mueller’s Russia investigation.

Flynn is scheduled to be sentenced Jan. 28 in a D.C. federal court by Judge Emmet Sullivan.

Sullivan in December had rejected claims from Flynn’s lawyers that he was pressured to plead guilty to lying to federal investigators about his contacts with the Russian diplomat. His lawyers had also claimed the government withheld critical evidence that may have favored their client.

In its new sentencing memorandum, the DOJ wrote, “The defendant’s conduct was more than just a series of lies; it was an abuse of trust,” adding, “The government acknowledges that the defendant’s history of military service, and his prior assistance to the government, though not substantial, may distinguish him from these other defendants. The government asks the Court to consider all of these factors, and to impose an appropriate sentence.”

Flynn’s lawyers will respond with their own sentencing recommendation in the next few days.

In recent months, Powell has lobbed several accusations at federal prosecutors, claiming that they withheld critical documents necessary for the defense of her client. Powell has also demanded that the government turn over two cellphones used by overseas professor Joseph Mifsud, who told former Trump campaign foreign policy adviser George Papadopoulos that the Russians had "dirt" in the form of emails that could damage Hillary Clinton's 2016 presidential campaign, claiming that the information would be "material, exculpatory, and relevant to the defense of Mr. Flynn."

Powell also claimed that FBI agents manipulated the official records of Flynn's 2017 interview that led to him being charged with lying to investigators in yet another attempt to get Flynn's case thrown out.

Powell alleged that FBI officials manipulated his FBI 302 -- the form used by agents to report or summarize interviews. It's not clear who may have done the alleged editing, though ex-FBI agent Peter Strzok was involved in the original interview. She also alleged that, at the direction of former FBI Director James Comey, FBI former deputy director Andrew McCabe "personally called Flynn to pave the way for the uncounseled conversation."

He is one of six former Trump associates charged as part of the Mueller probe. All have either been convicted or pleaded guilty.